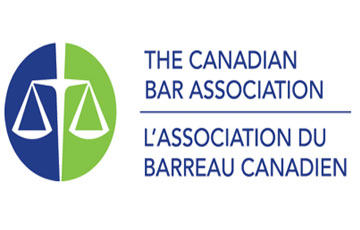 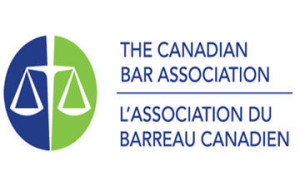 Text of the letter:

Re: Independence of the Judiciary and Impeachment Proceedings – Sri Lanka

I write to express the concern of the Canadian Bar Association (CBA) regarding the ongoing impeachment proceedings against Sri Lankan Chief Justice Shirani Bandaranayake and to offer the CBA’s support and assistance for any efforts the Government of Canada may be undertaking to investigate or address this situation.

The CBA is a national organization of over 37,000 lawyers, notaries, students and law teachers. Our primary objectives include upholding the rule of law as well as promoting improvements in the law and the administration of justice, within Canada and internationally. Through its membership in the International Bar Association, the CBA has access to and relationships with lawyers all around the world.

On November 1, 2012, a resolution setting out allegations against Chief Justice Bandaranayake was signed by 117 Members of the Sri Lankan Parliament, all from parties supportive of the Government. The resolution followed shortly on a finding by the Supreme Court that provisions of a government Bill violated the constitution and required sanction from the country’s Provincial Councils.

The allegations set out in the resolution included: failing to follow constitutional provisions by handing a court decision to the Secretary of Parliament instead of the Speaker of Parliament; not declaring all of her bank accounts to the auditor general; harassing a magistrate; and misusing her position. A Parliamentary Select Committee was appointed to conduct an inquiry into the allegations and delivered its report, in which it found the Chief Justice guilty on several counts, to Parliament on December 8, 2012. The Sri Lankan Parliament is expected to debate the report on January 8, 2013, following which a resolution may be passed by Parliament for the removal of the Chief Justice.

The CBA has grave concerns regarding the lack of due process evident in the impeachment proceedings against Chief Justice Bandaranayake and the direct involvement of the government at every stage, demonstrating a disregard for judicial independence and the rule of law. The removal of a judge should occur only in exceptional circumstances and following a fair and transparent inquiry by an independent tribunal. In this case, the Sri Lankan government laid the charges, investigated the charges and has the power to remove the Chief Justice by majority vote in parliament. By all accounts, the Chief Justice was denied an adequate period of time to prepare her defence (one week), was given no opportunity to cross-examine witnesses and was required to disprove the allegations against her (not afforded the benefit of the presumption of innocence).

The charges against Chief Justice Bandaranayake and the current impeachment process have received considerable international attention. The UN Special Rapporteur on the independence of judges and lawyers, The UN Human Rights Council, Amnesty International, the Commonwealth Secretariat and several Commonwealth legal associations have expressed their concerns regarding the deficiencies in the process, the erosion of judicial independence in Sri Lanka and a seeming pattern of political interference with the judicial system, and have called on the Sri Lankan government to comply with international standards for judicial appointments and removal. Internally the Sri Lankan Bar Association passed a unanimous resolution urging the Sri Lankan President to reconsider the proceedings and to enact a new process for judicial impeachment that protects the rules of natural justice.

Assuring the independence of the judiciary is crucial to upholding the rule of law. Judges play a key role in any democracy. A judge’s duty is to interpret and apply the law to the best of his or her ability. Citizens must be assured that judges act impartially and make their decisions free of any outside influence or interference. You are acutely aware of the widespread human violations in Sri Lanka, and we appreciate your statement following the UN Secretary General’s Internal Review Panel Report on Sri Lanka. Protecting judicial independence is critical to any initiative aimed at curbing these human rights violations. Courts stand as the last line of defence against injustice.

The CBA was encouraged that The Honourable Hugh Segal raised this critical situation during a Senate debate on December 12, 2012. We ask the Canadian government to urge the Sri Lankan President, before January 8, to reconsider the current impeachment proceedings and, longer term, to adopt a judicial impeachment process which serves to strengthen the rule of law and administration of justice. We would be pleased to assist you in this regard in any way possible.