Can Sri Lanka turn around from this abysmal failure as a nation? – M.A. Sumanthiran 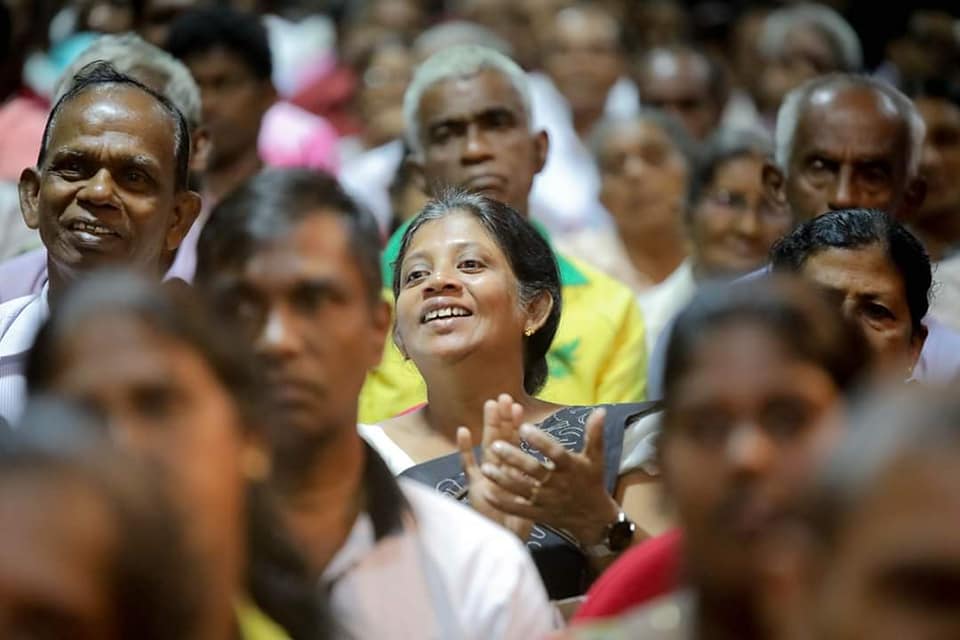 Sri Lanka is blessed with rich natural resources and a manageable population. We were ruled by foreign powers for 450 years, yet when we attained independence in 1948, the country’s fiscal position was very sound. Economically, we were ahead of Japan, Singapore, and a host of other Asian countries. We strove for independence as a joint nation of Sinhalese, Tamils, and Muslims with the claim that somehow, by self-rule, we would make the country move further towards prosperity and splendour.

A look back at the post-Independence history of seven decades shows us that we have gone in the opposite direction to stability and prosperity. So proud of the fact that we have become our own masters at last – that we exercise sovereignty by ourselves – yet we have mishandled that authority and reduced our country to a state of penury. All the things that we are proud of – our rich linguistic and cultural heritages and religions – have been the very things that have divided and separated our people. It cannot be a matter of pride that we have spent over half of the post-Independence era violently fighting each other.

It is true that we – the Sinhalese and Tamils – have our own rich heritages. They are separate and distinct to the extent that we speak different languages, and the majority of these two polities follow different religions. However, we also have a shared heritage and a distinct Sri Lankan culture, to which others – Moors, Malays, Burghers, and Christians – too belong. Such rich and diverse cultures and traditions ought to have been celebrated and nurtured for us to have become another Singapore – the country which went ahead of us after learning from us what not to do.

Tamil is one of the, if not the, ancient languages of the world; it is prehistoric, having its origins in South India and spoken in dozens of countries of the world today. It has also given birth to a few other languages and dialects. Sinhala too has a history of over 2,000 years. It has intertwined with Buddhism, which was brought to our country from India, and a strong Sinhala-Buddhist culture and tradition has emerged and taken root in this country. There are Tamils and Sinhalese who are Christians, with a separate subculture, but nevertheless remain as much an authentic people within the Sri Lankan polity. The same can be said of Muslims as well; though considered a separate ethnic and religious community, they have over the years become enmeshed with the larger Sri Lankan identity.

It was important to have recognised and treated the separate identities as equal to each other if this rich diversity was to be a strength. No one anywhere in the world would like to be considered a second-class citizen, or indeed a third. This is perhaps the most important and cardinal principle in nation-building. But such equality is difficult to achieve, particularly in a democracy, since apparently democracy favours the majority. However, if the majority behaved magnanimously with that cardinal principle in mind, equal status for all could have been possible.

Unfortunately though, the majority started to redress the real and perceived inequalities that they were subjected to during the colonial rule. In that sense, they looked at themselves as the wronged minority who needed affirmative action. Reverse discrimination may have been necessary. But when practiced a generation or generations later, that certainly would give rise to new real discriminations against others. This, then, is the tragic story of Sri Lanka. The preponderant majority, 70-75% of the population, obviously would have an unshakable hold on political power in any democracy. They need not have fears of being overwhelmed by people who are numerically smaller. But that confidence was lacking, which has now resulted in numerically smaller communities having to fight (and literally, sometimes) for survival.

The Sri Lankan polity is now deeply divided with more cracks opening up lately. If there is one reason that can be pointed to for the state the country is in today, this is it. Is it possible then to turn around from this abysmal failure as a nation? I believe we can. But that requires a fundamental paradigm shift in the mindset of all the people in the country.

Two things need to be held in balance: 1) that we are distinct and different and have separate existence as communities; and 2) we are equal in status and belong to one larger identity of Sri Lankans.

For this to be realised, again, two things need to be achieved: 1) the separate and distinct peoples must be granted a measure of self-rule that is consonant with their status as a people; and 2) the leadership of the country at the centre should also reflect the diverse nature of our polity.

There seems to be an unwritten and unspoken rule that only a Sinhala-Buddhist can lead the country. Mature democracies like the US and India have displayed other progressive examples. A black person became the president of the US less than 50 years after achieving equal citizenship rights. A Sikh, who was born in a place which now belongs to Pakistan, with about 2% of the population, was Prime Minister of India for two terms. And during his tenure, a Tamil Muslim was the President of India. These are no doubt high watermarks. But unless our mindsets shift to even concede these as possible realities, we will continue down the slope.

Are we ready to shed the idea that only a Sinhalese and that too only a Buddhist can become the Head of State? Wouldn’t it have been possible for baptized Christians such as S.W.R.D. Bandaranaike and J.R. Jayawardene to have become leaders of the country without changing their religious label to Buddhist? Will the Maha Sanga, the guardians of the Dhamma, the exposition of equality, be ready to lead the country in this paradigm shift?

To make this transition, we need a group of people from the different communities to come together and provide the people of the country a vision, much like what happened during our struggle for independence. Are there leaders in the country who are willing to join hands with others in a bid to turn the country around? This will require the shedding of selfish and personal aspiration and a readiness to share the limelight and eventually political power with leaders of all communities.