Can President Gotabaya get his act together? – Col R Hariharan 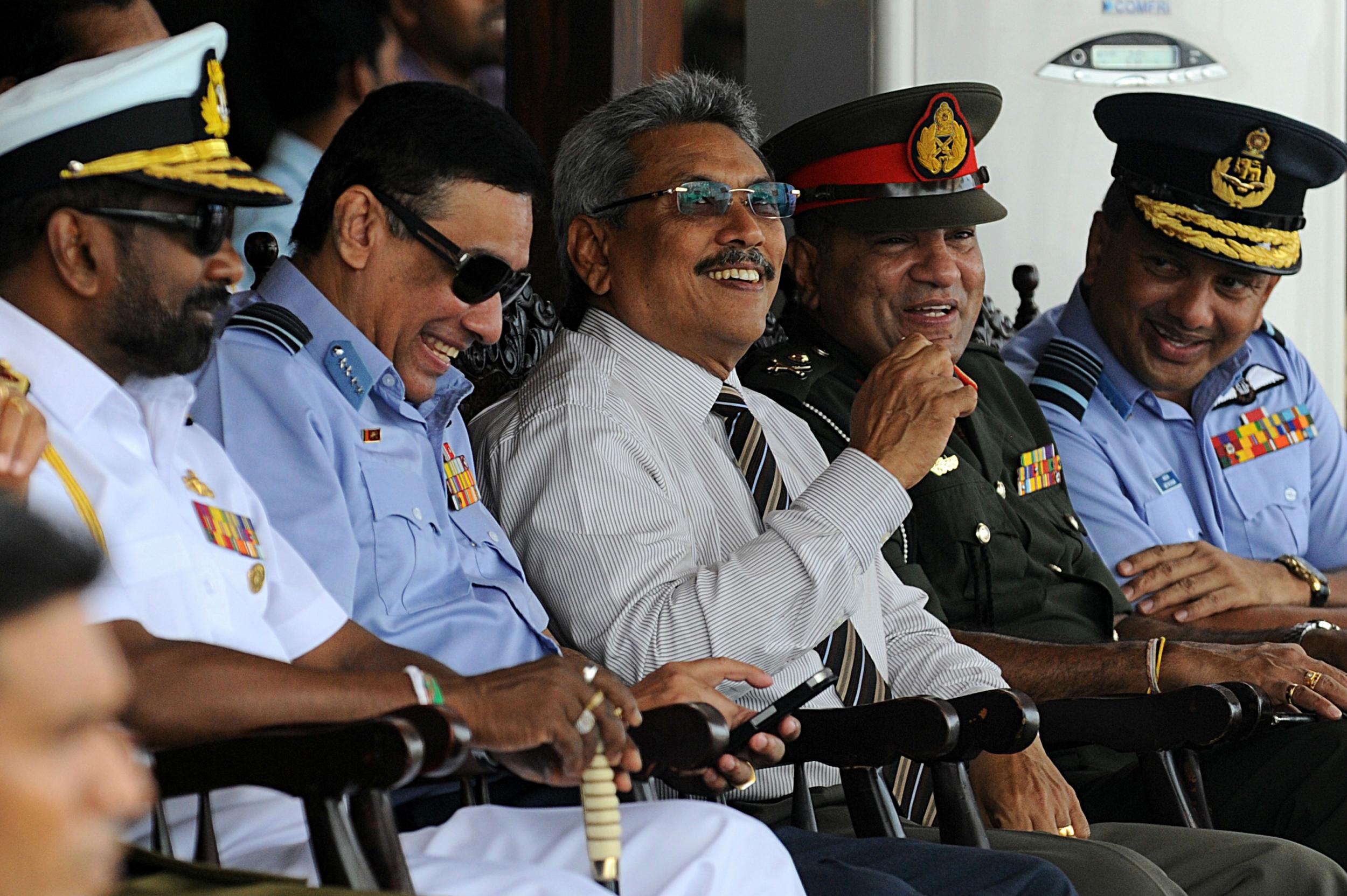 President Gotabaya Rajapaksa completed six months in office on May 18. He came after the Sinhala majority voted him to power after they were disillusioned by the Sirisena-Wickremesinghe government’s failure to deliver on their promises. The last straw was the failure of the government in taking decisive action to stop the Easter Sunday massacre by Jihadi terrorists in spite to getting advance notice.

The first-time president, an army veteran, has lived up to his image as guardian of Sinhala Buddhist heritage and champion of the armed forces. He minced no words in his refusal to take action on accountability for alleged war crimes as promised by Sri Lanka at the UN Human Rights Council.  He did not bother about the political hierarchy of his own party in making appointments, drawing from a pool of civil service and military talent. In his vocabulary, devolution has become a bad word; Sinhala being majority their writ will prevail he declared. It has left Tamil polity stranded as they are encountering a president, who has said a loud NO to their core interest – devolution. Muslims are equally unhappy as the aftermath of Easter Sunday attack has left them cowering from hostile Sinhala backlash in society. Muslim politicians accustomed to cosy up to the majority party in power are spending time to protect themselves from the long arm of law looking into their wheeling and dealing. Memories of earlier Rajapaksa rule are haunting human rights activists as the victims of enforced disappearances due to the war continue languish.

If there is an award for plain speaking politician, he would win it hands down. It is too early to ask the question how much it would benefit him in Sri Lanka politics.

He understood the mood of the nation to lay down his priorities: tightening national security concerns particularly relating to jihadi terrorism, tax cuts and incentives for small and medium enterprises, reducing inflation and beefing up economy and closely orchestrate actions to “curb corruption and prosecuting the corrupt.” He also quickly ordered structural changes to revamp economy and strengthen security apparatus including the intelligence set up and dismantled the corruption investigation set up put in place by the previous government.

The astute President has courted the Chinese, while remaining on the right side of India. It has paid dividends as Indian prime minister Modi reciprocated his gesture advancing a $400 million currency swap facility to bale out Sri Lanka from economic crisis. According to a New Delhi report in the Island, the President on May 23 sought a “special” $1.1 billion currency swap facility to boost Sri Lanka’s foreign exchange reserves under strain after COVID-19 pandemic paralysed the economy. India is likely to meet his request to ‘top up’ the $400 million the currency swap already sanctioned.

However, the COVID-19 pandemic threat has become the biggest challenge the President has encountered in the last six months. It is likely to last during the whole of 2020. As Sri Lanka has a fairly well organised public health system, it has managed the public health emergency better than some of the South Asian neighbours. The number of COVID-19 cases as on May 31 have reached 1620 and 829 patients under treatment while only 10 people have died so far. President Gotabaya has decided to impose a nationwide curfew on May 31 to avoid the unnecessary gathering of people as advised by health authorities. The curfew is likely to continue to till virus spread within quarantine curfew centres is brought under control. But tertiary effect of the Covid virus globally is having a crippling effect on Sri Lanka tourism industry and associated service industries. The other challenge is the loss of remittance income from overseas Sri Lankans which will swell the unemployed figure in the island nation. These are going to test President Gotabaya’s ability to govern under dire circumstances.

However, it seems the COVID-19 has become the spoiler of his aspirations. Sri Lanka parliamentary election, which was rescheduled to be held on June 20, is not going to be held. The Election Commission (EC) has taken the decision to wait for the Supreme Court ruling on petitions challenging the EC’s decision on holding elections on June 20 when the Corona virus pandemic has crippled daily life. The parliamentary election act stipulates five weeks or 35 days as the minimum period for campaigning. In view of the Covid-19 pandemic, EC Director General Saman Rathnayake has said the commission would need 70 days to finalise preparations for the election. Rathnayake said more election staff would be required for the poll and to maintain social distancing more facilities would be required.

According to reports, the government is not happy with the EC’s inability to conduct the general election on the scheduled day of June 20. As a result  the EC is facing criticism from government supporters. In particular, the EC’s objection to politicising the government payment of Rs 5000 to marginalised and poor families to help them during the lockdown period has drawn a lot of flak from Rajapaksas’ supporters.

The continuing uncertainty about holding the parliamentary election has become a major cause for concern for political parties and civil society alike. As per the Constitution, the election was to be held within three months after President Gotabaya Rajapaksa dissolved the parliament on March 2, i.e. June 2.

According to the constitution the President and the caretaker government can rule the country only for three months without a parliament. The President has refused to consider recalling the dissolved parliament, although almost all opposition political parties had requested him to do so. This has triggered a lot of discussion among leaders of civil society and political parties on the future course of action.

As Jehan Perera, civil society activist says “The direction of Sri Lanka’s democratic process hangs in the balance. As many as seven cases with regard to the general elections and the presidential decree dissolving parliament are pending before the Supreme Court. The outcome of the judicial decision may decide whether Sri Lanka will continue to be governed by the president and caretaker cabinet until the general elections actually take place to bring in a new parliament.”

If that happens the Rajapaksas may not be too unhappy; there is enough precedence the world over in many countries, where the governments have assumed extraordinary powers as part of the fight against COVID-19 pandemic.  That could have unforeseen repercussions as under President Gotabaya’s dispensation more and more government bodies are being placed under Ministry of Defence (MoD) or under army officers.  Article 44 (2) of the constitution enables the President to determine the assignment of subjects and functions to ministers and non-Cabinet appointment holders. In March, he placed the Department of Immigration and Emigration under the MoD. He assigned matters relating to immigration, emigration and Sri Lankan citizenship to the MoD through an Extraordinary Gazette notification.

President Gotabaya has now appointed senior military officers as secretaries to two key ministries. Maj General Sanjeeva Munasinghe, chief of the Army Medical Corps, is entrusted with the running of the Health Ministry, when the country is combating Covid-19 pandemic. Maj General Sumedha Perera(Retd) has been appointed as secretary to the Mahaweli, Agriculture, Irrigation and Rural Development Ministry which is the biggest ministry  with enormous resources.

Six institutions including the Api Wenuwen Api Fund (AWAF) and the National Police Academy (NPA) under the Ministry of Defence. The AWAF was set up jointly by MoD and Central Bank to build 50,000 houses for serving armed forces personnel in 2009; the NPA used to function under the Police Department. The Academy of Financial Studies – the training arm of the Ministry of Finance, the National Authority for the Implementation of Chemical Weapons Convention which was under the Ministry of Industry and Commerce, Sri Lanka Institute of National Defence Studies and the Department of Multi-Purpose Development Task Force are some of the other institutions brought under MoD. The Multi Purpose Development Task Force headed by Maj Gen Nanda Mallawarachchi (Retd.) has been set up with the objective of creating a poverty-free Sri Lanka as stated in the presidential policy statement.

This would indicate the President has more confidence in officers of the armed forces than civil administrators. While it can produce results in the short term, it is against the civil administrative responsibility of elected governments. Under the circumstances, with no elected parliament in place, can the President get his act together to convince the public of his ability to meet their democratic aspirations with a caretaker government? Only Sri Lankans can answer this question.

Col R Hariharan, a retired MI officer, served as the head of Intelligence of the Indian Peace Keeping Force in Sri Lanka from 1987 to 90. He is associated with the Chennai Centre for China Studies and South Asia Analysis Group Email: [email protected] Blog:: https://col.hariharan.info