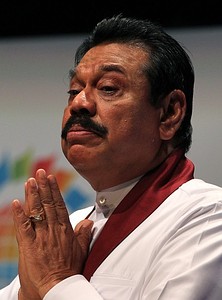 Forbes
With the rapid-fire opening of Burma/Myanmar stemming from apparently real reforms under new President Thein Sein, an intriguing regional competition may develop.  Across the Andaman Sea lies another economic laggard of recent decades, Sri Lanka.  Will the Burmese leapfrog it?
To the degree the Burmese closed economy has been measurable, its output has lagged Sri Lanka’s by GDP adjusted for purchasing power parity. This, despite the fact that Burma’s population is considerably larger.  The two countries share a sorry recent history of socialist and/or kleptocrat rulers who deprived their countrymen of what appeared to be prosperous times in the post-colonial independence that followed World War II.  (Both were once huge rice exporters, for example.)

But a wave of excitement has swept through international investors as Burma’s latently rich natural-resource economy–and remarkable human resources–may be opened up to global markets. Sri Lanka, to be sure, for a time inspired hope following conclusion of its long, bloody civil war between the Sinalhese government and the Tamil Tiger warlords in 2009.

However, the conquering majority in Sri Lanka apparently is not making good on those hopes, continuing policies that repress the potentially productive Tamils (and stifling a free press as well). The ungenerous leadership of  President Mahinda Rajapaksa and his coterie threatens to delay further the realization of Sri Lankan promise, beyond the opening of a few nice tourist beaches.

Might it be that the best hope for the Tamil people and so many others in their nation rests in the government of a country, Burma, whose rulers themselves have waged harsh war on dissident ethnics? Competition finds a way to influence even where justice seems denied by the authorities