Can Anyone Honestly say that Federalism will lead to Secession? 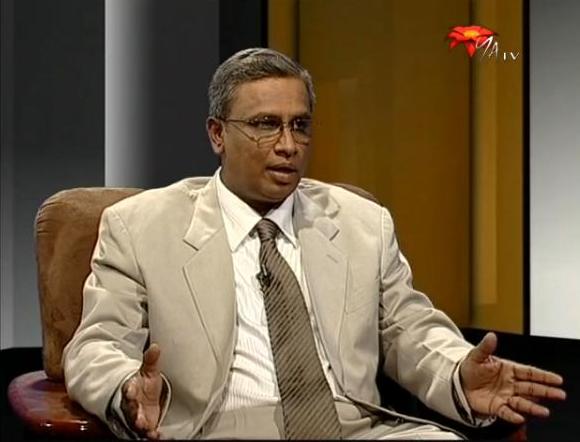 Last week I wrote on the topic of self-determination. This drew many comments. One of which was to the effect that Tamil political leaders seem to believe that these issues can be settled by presenting a good legal brief, but they are eventually settled by practical power politics and the military.
least from the time of independence. Is federalism such a bad option? Can anyone honestly say that it will lead to secession? What is the experience of other countries on this? Why is it that the mere mention of the word is enough to whip-up negative nationalistic sentiments?

It was S W R D Bandaranaike who mooted the federal idea in the mid-1920s. This baton was taken over by the Kandyan League before the imperial commissions. Federalism is another very effective method of government that has proved to be a successful model in many parts of the world. Countries with federal forms of government are politically very strong and are able to withstand many an internal pressure. Why should Sri Lanka not explore this option all over again?

History is our School teacher
Diagnosing the cause of the Soviet demise, Dr. Gopal writes that the USSR, “insisted on a single, indivisible proletarian collective body . . . leaving practically no autonomy and local initiative to the local units.”

The peoples who comprised the Soviet Union chaffed under the stiff collar of central dominance and eventually broke away. The Soviets had denied these peoples their right to internal self-determination and thus they were forced to seek it externally as independent nations. The last ditch Soviet efforts of “perestroika” and “glasnost” implemented in the dying days of the Union could not placate the oppressed and could not stop the Curtain from falling.

After years of subjugation to iron autocracy and central planning, the words “restructuring” and “openness” were too little and came too late. The Soviet Union collapsed, and whatever remained of the unitary state was replaced with a federation.
What is Federalism?
Black’s Law Dictionary defines federal as “a system of associated governments with a vertical division of governments into national and regional components having different responsibilities.” What guides federalism is not a subjective awareness of what is “fair”, but an evidentiary discussion of what is equitable and efficient.

Hume argued that federalism prevents decisions based on “intrigue, prejudice or passion.” Montesquieu added that a federal division of powers would help prevent abuses by both the national and regional tiers of authority. The federal mechanism, these and many of their esteemed colleagues advocated, was one of balance. They did not deny the necessity of central government or even its supremacy, only the parallel necessity of sovereign local and regional government. They warned that even in a democratic society, failure to federally divide power would inevitably lead to a form tyranny – tyranny of the majority.

The philosophical heritage of federalism is woven into the institutional tapestry of several modern nation-states, including, but not limited to, Australia, Belgium, Switzerland, Germany, France, Canada, Spain and the United States of America. James Madison, considered the Father of the U.S. Constitution, wrote extensively on the topic of Federalism.

He defended the U.S. Constitution in its infancy in part by addressing concerns that the sovereign states or provinces prescribed in the Constitution would undermine the strength of the Union and jeopardize the nation as a whole. He addressed these objections through the Federalist Papers, and in the context of America’s first experiment with self-rule under the Articles of Confederation.

Indeed, the Articles awarded too much power to the parts, crippling the national government. Madison acknowledged this short coming of the Articles and together with Hamilton argued In Federalist 11 & 23 that under the Constitution the central government was to retain certain functions which it alone could best perform.
These functions were enumerated in the U.S. Constitution. All functions not enumerated were to be awarded to the constituent States of the new republic. The result was a more equitable system of checks and balances whereby the national government shared sovereignty with the States.

While the American States are fairly homogenous, federalism has also flourished in countries with sharper regional distinctions. Belgium sports a linguistic bifurcation, similar to Sri Lanka’s, which manifests in territorial and political delineations. Subsequently derived regions are awarded a degree of autonomy, which allows them to best address the needs and cultures of their respective communities.

Many countries adopt a federal structure because it is has proven more efficient than a central command structure.
Economists like Adam Smith argued in The Wealth of Nations that by creating and governing subsets of the population through a federal mechanism, the government is better able to assess local preferences and alternatives.

The regional governments are then better situated to put resources towards their most valued use. A federal structure also creates localized “public goods” insuring that those who benefit from regional directives pay for them.

Communities are forced to take responsibility for themselves, even in the allocation of subsidiary funds. To Smith’s pragmatic arguments, van Hayek adds an even more practical point: local governments know more about local circumstances than a unitary national government could ever hope to. Regional governments help to mitigate and manage the work load of a central bureaucracy which if left unchecked and unaided will grow ad infinitum.

If Sri Lanka wants to maximize her potential as an enterprising market she must make institutional provisions for efficiency. Furthermore, if the government is earnest in its desire for reconciliation and advancement of social benefit in the wake of open conflict, it must realize that many of these social directives are best accomplished on a local and provincial level through regional authority.

Political unity in Sri Lanka is not an end to be pursued by any means. Acton wrote, “A great democracy must either sacrifice self-government to unity or preserve it by federalism.”

“Lessons” and “reconciliation” are words like “perestroika” and “glasnost.” There is no substitute for self-determination. If Sri Lanka is to move forward as one political nation, her constituent parts must move past trying to cancel each other out.

One minus one will always equal zero. This calculus can be changed through federalism.
If division is to be avoided, the Tamil people must be added to the equation.