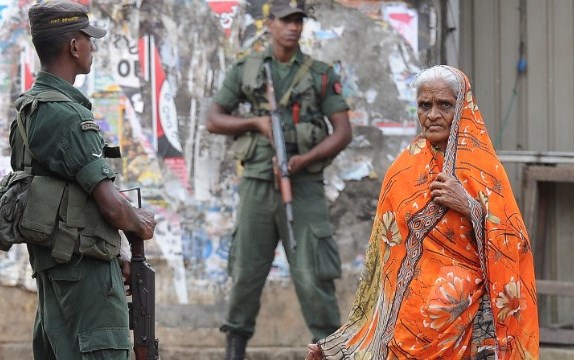 The debate on the Interim Report of the Steering Committee of the Constitutional Assembly is over and the focus of the parliamentarians shifts, at least during the next month, to the Budget debate. The Constitutional Assembly discussions which were originally scheduled for only three days were extended to five days to enable more parliamentarians to participate in the debate.

While it is encouraging that the people’s representatives were keen to have their say in shaping the constitutional reform process, the officials who would have to figure out what to incorporate in the draft of the Constitution based on the views expressed in the Constitutional Assembly debate will not have an enviable task.

Their task would have been much easier if the parliamentarians had presented their views in line with the process envisaged in the resolution setting up the Constitutional Assembly. The Interim Report of the Steering Committee describes its contents as the “principles and formulations that reflect the deliberations of the Steering Committee” at its 73 meetings.

In other words, the annexures contain the reservations and or further additions to the discussions in the Steering Committee. It would have made the task of the drafters easier if the parliamentarians expressed their views on the alternative proposals and gave their own alternative suggestions in case they objected to any particular proposal. Unfortunately this did not happen.

One is, therefore, compelled to look for the views of the political parties representing the minorities in the observations contained in the annexures to the Steering Committee Report.

The Tamil National Alliance does not comment on the Executive Presidency in its observations and can, therefore, be presumed to agree with the formulation in the Interim Report that “there was general consensus that the Executive Presidency as it exists today be abolished.” This is further buttressed by the TNAs statement in its observations on the Steering Committee Report that “in the interests of reaching an acceptable consensus, the TNA will be willing to consider agreement with the main principles articulated in the interim report if the same are acceptable to the two main parties.”

In what is described as the “Joint Proposal submitted by ACMC, EPDP, SLMC and TPA” under the names of the Leaders of the respective parties — Rishad Bathiudeen, Douglas Devanada, Rauff Hakeem and Mano Ganesan — and contained in the annexures to the Interim Committee Report , the four parties propose the election of the President directly by the People and do not endorse the abolition of the Executive Presidency.

Additionally the ACMC has made a separate observation contained in the annexures to the Interim Report where it specifically states that the Executive Presidency in the present format should not be changed.

It is understood that the SLMC too has made further proposals at the commencement of the Constitutional Assembly debate.

The argument has been put forward that because the entire country functions as one electorate during a Presidential Election, the minorities have the opportunity to participate in electing the Head of State and therefore this helps to ensure the rights of minorities. However Sri Lanka’s experience is that this does not ensure the minorities adequate protection from the time the President is elected until the next Presidential Election.

If the fact that the minorities vote is important for the election of a President is sufficient safeguard for the minorities, President Mahinda Rajapaksa who was seeking a third term would have ensured the Muslims were protected and spared of the agony of targeted attacks during the latter half of his second term.

The fact that Maithripala Sirisena was elected President with the help of minority votes does not invalidate the argument that the Executive Presidency does not help the minorities.

Two independent and respected Constitutional Law experts Dr. Rohan Edirisisnghe and Dr. Asanga Welikala have repeatedly argued that the so-called protection afforded to minorities by the Executive Presidential System was a myth.

Dr. Asanga Welikala in one of his writings captures the argument very well.

He poses the question and answers it himself: “But does the overwhelming support of the minorities for President Sirisena in 2015, without which he would not have won, prove the opposite contention? I do not think so, for the reason that the minority vote came unconditionally to him, and what is more, the common opposition was careful to studiously avoid any reference whatsoever to the demands of the minorities let alone be seen to be promising anything to them, so as to ensure that sufficient numbers of the majority deserted Rajapaksa. All that the minorities are left with after the 2015 presidential election is the goodwill and decency of the new President and his government to treat them with some sort of respect, and when and if possible, to address their political and constitutional problems. Can this be even remotely regarded as an argument that the presidency ensures the protection of minority interests?”

This is the complete opposite of the Westminster Parliamentary form of Government. Under the Westminster system the minorities have the opportunity of influencing the election of parliamentarians who in turn have ready access to the Prime Minister and Cabinet Ministers both in and out of Parliament. The minorities are able to influence their representatives continuously and not only during election time. These representatives are in turn compelled to take it up with the Prime Minister and Ministers to whom they have much easier access.

This is a system which works well for the minorities because the Prime Minister and the Government through the Parliamentary representatives are compelled to keep their fingers on the pulse of the people including the minorities for their continued existence.

It is not surprising that the Muslim politicians in Parliament (other than those from the UNP) are not in support of the call to abolish the Executive Presidency. All these politicians were comfortably ensconced in power during the Rajapaksa Presidency and during the difficult times faced by the Muslims and had no hand in the preparation of the manifestoes or campaigns in support of President Maithripala Sirisena. All of them pledged their support to Maithripala Sirisena only a few days before the Presidential Election after determining which way the wind was blowing.