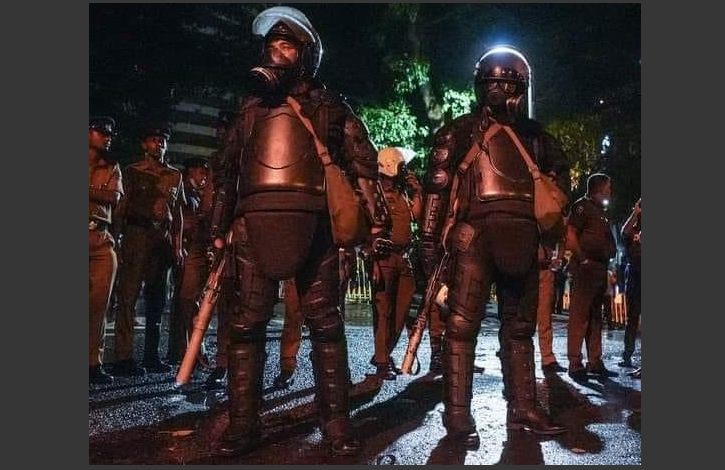 Alleging that those who participated in the recent protests could be targeted, former Human Rights Commissioner Ambika Satkunanathan moved the Supreme Court last Friday (30 Sept.) against the ‘Bureau of Rehabilitation Bill’.The Attorney-at-Law named Attorney General Sanjay Rajaratnam, PC, as the respondent. The fundamental rights petition has been filed in terms of Article 121(1) of the Constitution challenging the Bill, titled “Bureau of Rehabilitation Act”. The petitioner has stated that provisions of the Bill were inconsistent with the fundamental rights enshrined in the Constitution  of Sri Lanka that guaranteed freedom from arbitrary arrest and detention, torture and ill-treatment, and unequal treatment and discrimination.

Satkunanathan served the Human Rights Commission during the  Yahapalana  administration at the time Dr. Deepika Udagama functioned as the independent commission’s chairperson.The petition states that the Bill purports to establish a Bureau for the rehabilitation of “drug dependent persons, ex-combatants, members of violent extremist groups and any other group of persons who require treatments and rehabilitation”.

Notwithstanding the fact that these categories are ill-defined and do not clarify how persons may qualify for rehabilitation under these categories, the Bill assumes that “members of violent extremist groups” and “drug dependent persons” require that same approach to rehabilitation. The use of such vague and arbitrary classifications can thus lead to persons being detained for rehabilitation for even participating in protests, as recent arrests of protesters, under the Prevention of Terrorism Act, have demonstrated.

The government has previously attempted to introduce a similar rehabilitation programme under the “Prevention of Terrorism (De-radicalization from holding violent extremist religious ideology) Regulations No. 01 of 2021”. The petitioner filed a fundamental rights petition against these regulations, as well, in SC FR Application No. 107/2021 as they contained provisions that contravened articles of the Constitution. The Supreme Court granted leave to proceed, issuing an interim order against the regulations being applied until the final determination of the application. The petitioner states the Bill in its current format is similarly ex facie unconstitutional and impinges on fundamental rights.

The petitioner has raised concerns against the militarisation of the rehabilitation process by way of section 17 of the Bill, which allows the President to designate any member of the armed forces to exercise, perform and discharge the powers, duties and functions under the Act. The petitioner states that there is no connection between the rehabilitation process and involvement of the armed forces, and the lack of a clear chain of command restricts oversight and accountability of the actions of the members of the armed forces. These concerns are exacerbated due to section 25 of the Bill, whereby officers of the Bureau are prevented from disclosing information about the ongoing activities at the Centres, which threatens the welfare of persons detained for the purposes of rehabilitation.

The petitioner has cited other provisions of concern in the Bill, including section 28 (2) where persons employed at the Centres for Rehabilitation “to preserve order and discipline” may use all means “including minimum force as may reasonably be necessary to compel obedience to any lawful directions’’, which enables the use of violence against persons detained at the centres. Section 27 makes the obstruction or attempted obstruction of any person employed at a Centre for Rehabilitation in the performance of their duties an offence punishable by a fine and/or imprisonment, without defining what may constitute an obstruction. For instance, relapse and withdrawal symptoms are expected aspects of drug treatment processes, but under the above-mentioned provisions, persons engaging in such behaviour could be subjected to punishment.

The petitioner has requested the Supreme Court to declare several sections of the Bill, as outlined in the petition, inconsistent with Articles 10, 11, 12(1), 12(2), 13(2), 13(4) and/or 14A of the Constitution of Sri Lanka as they violate the fundamental rights and Sovereignty of the People contrary to Article 3 and 4 of the Constitution, and therefore cannot be enacted into law except if approved by the People, at a Referendum, in addition to a two-thirds vote of the whole number of the members of Parliament in favour.