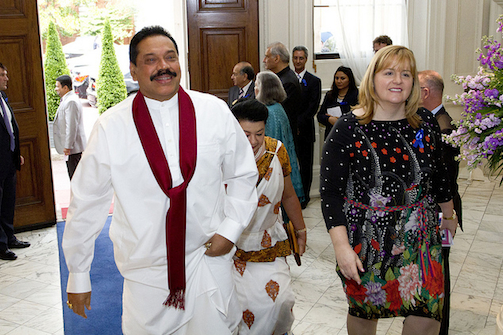 By The Social Architects

The brutal civil war in Sri Lanka ended nearly four years ago, but people are still hurting. The country’s North and East are plagued by a host of problems that are unlikely to be resolved soon. Misguided policies emanating from the central government in Colombo have directly contributed to these negative trends. Lofty talk about “the defeat of terrorism” and majoritarian triumphalism have further antagonized people.


Resettlement and Land Issues
The politics of land remains controversial. Even though Menik Farm has closed, tens of thousands of IDPs have not been properly resettled. Since the military still occupies large swathes of land, many IDPs have been forced to move in with friends or relatives. In other instances, families that have been “resettled” lack adequate housing, including locks for doors and windows or suitable sanitation facilities.

People who were recently resettled in Mullivaikkal have returned to transit camps due to appalling living conditions “at home” and the dismal security situation there.

Furthermore, many community members do not have the proper identity documents required to regain their land.
And there are consistent reports of land infringement and the expropriation of civilians’ private lands by either “outsiders” coming from other parts of the country or military personnel. To be clear, there is still plenty of land that could be distributed, but – due to the government’s withdrawal of a controversial land circular – the government claims that it is unable to provide community members with land at this time, asserting that the state must issue a new land circular before doing so. This is, at best, a dubious argument.

Militarization and the Rule of Law
The government’s talk about a military drawdown lacks merit, especially in the Northern Province. “We are living under military occupation,” notes one community member living near Jaffna. Even though several checkpoints have been removed, a large number of them have been converted into shops – such as grocery stores and cafés – that are run by the military. The ubiquity of military personnel does not leave people feeling safer; ordinary citizens feel more vulnerable and the country’s continued militarization has contributed to a host of widespread social problems including alcohol abuse, sexual violence and rape.

Moreover, the military’s foray into virtually all aspects of civilian life has had an overwhelmingly negative effect on the civilian population. In Kilinochchi and Mullaitivu districts, military personnel even demand that they be invited to all social functions, including private events like weddings. Militarization has also resulted in the harsh repression of dissent. People are simply reluctant to speak out or to talk about political issues. According to one community member in the North, “People are afraid to have political ideas.”

Recently, the government’s unwarranted arrest of dozens of University of Jaffna students has revealed that state security personnel still will allow no more than a semblance of freedom of expression or assembly anywhere in the North. What’s more, the heavy monitoring of ex-combatants has continued unabated. Ex-LTTE cadres are consistently harassed by state security personnel. Security forces also monitor and harass people who had only tangential connections to the LTTE. Employers of ex-LTTE cadres are being questioned too, so people are now reluctant to hire other ex-LTTE cadres.

Regarding development projects, the military has its hands in everything. In places like Vavuniya North, the military drafts its own beneficiary lists for housing projects.

And the military consistently uses NGOs to obtain personal information about community members. Further, development projects are being given to families and communities that overtly support the government. The politicization of aid permeates all levels of development work in the North and East.

In Kilinochchi and Mullaitivu, the Civil Defence Department – a part of the Ministry of Defence – has begun a large recruitment process in the Northern Province. This includes the military’s recruitment of 400 preschool teachers. From urban development and aspects of tourism to the NGO Secretariat, it appears that even preschool education will now fall under the purview of the Ministry of Defence.

The rule of law in the North and East is virtually non-existent. Disappearances and extrajudicial killings have continued, but assailants are rarely held accountable. Like elsewhere in Sri Lanka, impunity has become institutionalized. Besides, there are few Tamil-speaking police officers in these areas, meaning that most community members would be unable to file a complaint since they are not conversant in Sinhala. Understandably, people are especially reluctant to go to the police when military personnel are the alleged offenders.

Sinhalization and the Denigration of Tamil Culture
The people of Sri Lanka should be free to settle in any area, but the central government should stop encouraging Sinhalese people to settle in historically Tamil areas. In addition, dozens of towns and numerous streets that originally had Tamil names have been given Sinhalese ones. And, with government money, Buddhist temples and war memorials (venerating the military) continue to be built in the North and East. Yet, scores of Hindu temples in need of renovation have been left neglected.

Economic Troubles
Believed to exceed 20 percent, unemployment for civilians in the Northern Province remains stubbornly high. As a corollary, military intrusion into civilian commercial activity is profound. In other cases, big business contracts have been awarded to former military personnel or those with strong ties to the armed forces. As noted, it is particularly difficult for ex-combatants to find work.

Women’s Rights
Women and children have undoubtedly suffered disproportionately as a result of the war. Distressingly high levels of militarization and the proliferation of Female-Headed Households have left women in an even more precarious position. Now, many women have been compelled to become breadwinners while also taking care of their children, placing great strains on these war-torn communities. Also, reports of sexual violence and intimidation are commonplace. In other instances, women engage in sexual relationships with soldiers with the hope that they will be protected from other abuses. Failing to succumb to a military man’s request for sexual favors could result in continued visits and harassment.

Conclusion
The end of war has not augured a return to normalcy in Sri Lanka’s North and East. Rather, there are clear, indisputable indications that conditions are getting worse. Consequently, international condemnation of the country’s human rights record is not only justified; it is essential. Giving Sri Lanka a free pass on human rights and reconciliation would set a damaging precedent that could take decades to overcome. If the time for more resolute action has not yet arrived, will it ever?