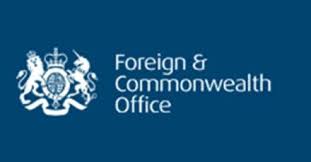 The British Foreign and Commonwealth Office (FCO) released   its quarterly human rights report for the last quarter of 2013. In its report it states  that the Human rights situation in Sri Lanka had not improved in the last 3 months despite the intensified international focus on the country’s human rights issues. It says, the Sri Lankan External Affairs Minister told diplomats in December that a proposed Witness Protection Bill was nearly at the end of the parliamentary process and that the Commission investigating wartime disappearances extended its deadline to receive complaints.

The 2012 Human Rights and Democracy Report  highlights the UK’s human rights policies and concerns on key issues, and features 27 Countries of Concern where the Foreign Office has the most serious wide-ranging human rights concerns.
Sri Lanka

Latest Update: 31 December 2013
The human rights situation in Sri Lanka did not improve during the last three months, although the international focus on the country’s human rights record intensified during the Commonwealth Heads of Government Meeting (CHOGM) in November.
There were a number of incidents during the week of CHOGM. On 13 November, family members of the disappeared from the north were prevented by security forces from travelling to Colombo to attend a human rights festival. The festival itself was attacked on 14 November, allegedly by pro-government protestors who previously attacked the Sri Lankan Opposition Leader’s vehicle. A Tamil youth at the event was temporarily detained and allegedly attacked by the police. The police obtained a court order preventing protests and processions in Colombo during the 15and 16 November, resulting in the cancellation of a candlelight vigil by human rights defenders. Part of the British Channel 4 team in Sri Lanka for CHOGM decided to cut short their visit, citing extensive intimidation and surveillance, including an apparently government-orchestrated protest which prevented the train they were travelling on from reaching the North.
During his CHOGM visit, British Prime Minister David Cameron said that the UK would be forced to use its position in the UN Human Rights Council to support the call by the UN High Commissioner for Human Rights to establish an independent international investigation, if Sri Lanka failed to set up a credible, transparent and independent domestic process by March 2014. The Prime Minister also urged the Sri Lankan government to agree a meaningful political settlement with the North, including demilitarisation, and to fully implement Lessons Learnt and Reconciliation Commission (LLRC) recommendations. The Prime Minister was also able to undertake a visit to Jaffna, the first visit of any Head of Government to the Northern Province since Sri Lanka’s Independence in 1948. This visit allowed him to see the situation on the ground for himself, and speak to some of those affected by the conflict to hear their concerns directly. The Prime Minister was accompanied to Jaffna by media organisations such as BBC, ITV, Sky and Channel 4, which helped to contribute to increased scrutiny on human rights and accountability issues in Sri Lanka during CHOGM. Foreign Secretary William Hague called on Sri Lanka to end the culture of impunity on violence against women during an event addressing civil society, members of the Sri Lankan government, campaigners and the media on preventing sexual violence in conflict. The Foreign Secretary and Minister for Sri Lanka and the Commonwealth Hugo Swire met a wide range of Sri Lankan civil society actors and human rights defenders, including media activists, families of the disappeared, those working on torture prevention, and women’s rights activists. We have emphasised to the Sri Lankan government that the human rights defenders, journalists and members of the public whom Ministers met during CHOGM should not face any reprisals. Our High Commission in Colombo is closely monitoring this situation post-CHOGM.
Concerns continued over the culture of impunity in Sri Lanka. On 14 October a Sri Lankan court released on bail 12 Special Task Force personnel accused of killing five Tamil students in the eastern town of Trincomalee in 2006 (the ‘Trinco 5’). The case had been re-opened for investigation in July this year. On 3 December French NGO, Action Against Hunger (ACF), in a report on the assassination of 17 ACF humanitarian aid workers in Sri Lanka, alleged that the aid workers were assassinated by members of the Sri Lankan security forces and the crime was covered up by “top Sri Lankan authorities”. In December, newspapers reported that the Sri Lankan Human Rights Commission had postponed the National Inquiry on Torture that was due to be set up with assistance from the Commonwealth Secretariat, on a request from civil society. Prominent civil society actors have disassociated themselves from the request.

There were a number of custodial deaths of suspects under questionable circumstances during the period, in addition to two reported abductions.

One of the alleged victims returned days later while the other remains missing.
In a statement, civil society activists condemned the detention of seven Tamil youths under the Prevention of Terrorism Act (PTA) following their arrest in November. All seven remain in detention. Activists were concerned that the arrests were unfounded and would perpetuate the climate of fear and insecurity of the people of the North.
A 10 December Human Rights Day demonstration by the families of the disappeared in the eastern town of Trincomalee was attacked by unidentified masked men.

EU Heads of Missions in Colombo in their Human Rights Day message encouraged the government to extend further invitations to facilitate outstanding visit requests by other UN special mandate holders, including the Working Group on Enforced or Involuntary Disappearances. There were also a number of attacks on Christian churches and mosques during the period, including three on Christmas Eve.
Positively, the Sri Lankan External Affairs Minister told diplomats in December that a proposed Witness Protection Bill was nearly at the end of the parliamentary process. The Commission investigating wartime disappearances extended its deadline to receive complaints. The Commission’s mandate was also extended by six months. Dr. Chaloka Beyani, the UN Special Rapporteur on Human Rights of Internally Displaced Persons (IDPs), visited Sri Lanka from 2-6 December. He noted Sri Lanka’s “impressive strides in rebuilding infrastructure” and highlighted the need for more durable housing, access to social services, and the creation of livelihood opportunities. He also noted that of equal importance is an environment allowing the resettled and remaining IDPs to exercise their property rights, receive information on missing family members and access legal services.
Update: 30 September 2013
The overall human rights situation in Sri Lanka remains of concern, with mixed developments over the past three months.
Positive developments  included: the transfer of police oversight from the Ministry of Defence to a new Ministry of Law and Order (both fall  under the jurisdiction of the President); progress in investigations into the 2006 murder of five students in Trincomalee, with arrests of 12 Police Special Task Force (STF) personnel; the appointment of a Commission of Inquiry on Disappearances tasked with investigating disappearances in the north and east from 1990 to 2009; proposed amendments to the Penal Code to criminalise enforced disappearances; and assurances that the military would return some private land in the north within the next three months (however, reports persist of moves to regulate the compulsory acquisition of private land already taken over by the military).
The UN High Commissioner for Human Rights, Navi Pillay, visited Sri Lanka from the 25-31 August. While acknowledging progress on resettlement of internally displaced persons and physical reconstruction, she noted that physical reconstruction alone would not bring reconciliation, dignity or lasting peace. She also expressed concern that Sri Lanka was showing signs of heading in an ‘increasingly authoritarian direction’ and over the protection of those who met her from reprisals, intimidation and attacks.  In a statement to the Human Rights Council on 25 September, she congratulated the Sri Lankan government on progress made on resettlement, reconstruction and rehabilitation, but expressed concern on a number of areas, including militarisation, accountability, religious tensions, and the fact that ‘white van’ disappearances in other parts of the country would not fall within the scope of the planned Commission of Inquiry on Disappearances.

The most serious incident was the attack on Grandpass mosque in Colombo on 11 August, which resulted in the imposition of police curfew on two nights. The UK has urged the Sri Lankan government to take early action to promote the peaceful coexistence of religions, and to investigate attacks and prosecute those responsible. Three civilians were killed on 1 August during a military crack-down on a peaceful protest in Weliveriya, a Colombo suburb. The military publically defended its actions. Then Minister for Sri Lanka, Alistair Burt, released a statement outlining the UK’s serious concern at these killings, and calling for an investigation. Investigations by the police and the national Human Rights Commission are continuing. The EU Heads of Mission in Colombo issued a statement on 20 August expressing concern over the Weliveriya incident and the attacks on mosques and churches. They stated that the right to freedom of peaceful assembly and the right to freedom of worship were fundamental to democratic societies and needed state protection, and called on the Sri Lankan authorities to ensure justice through speedy, impartial investigations.
Provincial elections were held on 21 September in three provinces, including the first such election in the war-affected north. Although there were incidents of violence and violations of electoral law in the run-up (including intimidation, harassment and abuse of state resources), polling day itself was generally peaceful. Local election observers noted that the elections were “relatively free from violence, though not from intimidation”. However, Commonwealth election observers expressed concern over reports of military involvement in the intimidation of the electorate in the north.

With regard to freedom of expression, the country dropped two places, (from 72 in 2012 to 74), in this year’s Freedom House press index. Assaults on journalists continued. A journalist from Jaffna-based Uthayan newspaper was assaulted by an unidentified group on 10 July, while a senior Colombo-based journalist left the country following death threats and an attack on her home.