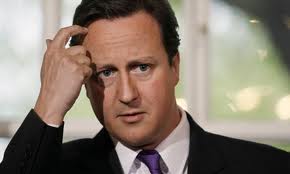 Britain will use next month’s Commonwealth summit in Sri Lanka to pressure Colombo to make “concrete progress” on human rights and to probe war crimes, the British high commissioner said Wednesday.
Prime Minister David Cameron will send a strong message to Colombo to improve its rights record and show a commitment to good governance, said British High Commissioner to Sri Lanka John Rankin.
“The British government will come with a clear message that Sri Lanka needs to make concrete progress on human rights, reconciliation and a political settlement,” Rankin told the Foreign Correspondents’ Association in Colombo.
Canadian Prime Minister Stephen Harper is boycotting the three-day Commonwealth Heads of Government Meeting (CHOGM), which begins November 15, over alleged crimes and rights abuses during and after Sri Lanka’s civil war.
International rights groups have said up to 40,000 civilians may have been killed in the final offensive against Tamil Tiger rebels in 2009, a charge denied by Colombo.
Rankin declined to comment on Canada’s boycott, but made it clear Britain’s participation at the summit was not an endorsement of the host nation.
Cameron will travel to Sri Lanka “because of the importance we attach to the Commonwealth, irrespective of the location of the CHOGM”, he said.
There was no immediate comment from Sri Lanka’s government, but the main minority Tamil party, the Tamil National Alliance (TNA), said it wanted Cameron to visit the former war zone during the CHOGM.
“We want to welcome Prime Minister Cameron to Jaffna (the capital of the former war zone) so he can see for himself and meet the thousands who lost their children,” TNA legislator Suresh Premachandran told AFP.
“We want Britain and the CHOGM to take up accountability as a main issue.”
Rankin said they were still working out Cameron’s schedule he would have “several engagements with Sri Lankan civil society”.
He said the spotlight on Sri Lanka during the 53-member bloc summit would help pressure the island to demonstrate its commitment to “Commonwealth values” of good governance.
View gallery.”
“We are also concerned about wider issues of respect for human rights, rule of law and independence of the judiciary in Sri Lanka,” he said.
The diplomat said Sri Lanka must probe allegations by Britain’s Channel 4, which accused the country’s forces of executing surrendering Tamil rebels and shelling civilians in no-fire zones during the civil war.
A British MP, Simon Danczuk, had urged the Queen to boycott the Colombo CHOGM to protest the lack of progress in a probe into the murder of his constituent, Khuram Sheikh, in Sri Lanka on Christmas day in 2011.
Rankin said Queen Elizabeth II was staying away from the meeting because she was unable to undertake long trips, but added Britain was concerned about lack of progress in the case.
The main suspect in the killing, a local ruling party politician, was initially arrested, but later freed on bail. No trial date has been fixed.
The 87-year-old queen has only missed the biennial summit once — when it was first held in 1971. In Sri Lanka, she will be represented by her son Prince Charles.
UN rights chief Navi Pillay warned Colombo last month to show “clear progress” towards reining in rights abuses and investigating suspected war crimes by next March, or face an international investigation.
Sri Lanka in May 2009 declared an end to 37-years of ethnic strife, which according to UN estimates, claimed at least 100,000 lives.
(AFP)
Share
Facebook
Twitter
WhatsApp
Pinterest
Email