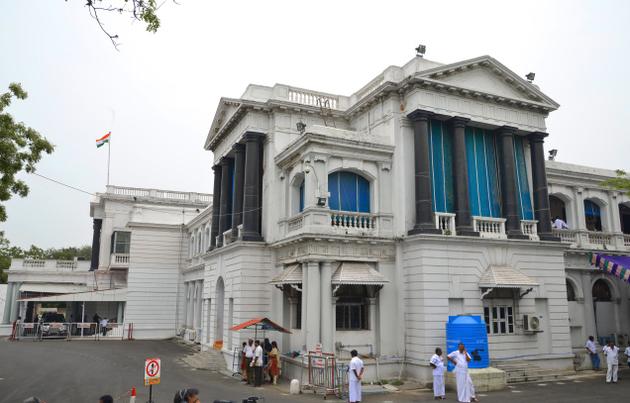 Only a boycott would bring about a genuine change in Colombo’s attitude to the Tamils on the island, the House resolution said.

Accusing the Union government of not showing even a modicum of respect to Tamils’ sentiments on the Sri Lankan Tamil issue, the Tamil Nadu Assembly on Thursday called for a “total boycott” of the Commonwealth Heads of Government Meeting (CHOGM) to be held in Sri Lanka in November.
This resolution, moved by Chief Minister Jayalalithaa, was unanimously adopted.
“India should totally boycott the meeting in deference to the overwhelming feeling and sentiments of Tamils and should immediately convey its decision to Sri Lanka,” the resolution said.
“Even token participation of the country should not be allowed,” it said, and wanted “India to take steps to suspend Sri Lanka from the Commonwealth until Tamils are given rights on a par with the Sinhalese and live freely.”
All political parties including the Congress supported the resolution.
Recounting the events beginning with the last phase of war in Sri Lanka, the killing of innocent Tamils and the mounting unrest in Tamil Nadu, Ms. Jayalalithaa also cited her letter to Prime Minister Manmohan Singh, which said only a boycott would bring about a genuine change in Colombo’s attitude to the Tamils on the island.
But, the Chief Minister said, it was unfortunate that India, home to eight crore Tamils, was not able to take a firm decision, though Canada, where only a handful of Tamils lived, had decided against participating in the meeting.
She said the people of Tamil Nadu were greatly disappointed over Dr. Singh’s statement that a decision on his participating in the CHOGM would be taken only after considering all relevant factors, including the sentiments of Tamil people.
“When the people of Tamil Nadu are opposing India’s participation in the meeting, the Prime Minister preferred to talk only about his participation. It has disappointed them.”
Recalling an earlier resolution moved by her in the Assembly on July, 8, 2011, asking India to prevail upon the United Nations to declare war criminals those responsible for merciless attacks on Tamils and seeking imposition of an economic embargo on Sri Lanka until Tamils were fully resettled and rehabilitated, the Chief Minister said the Centre had failed to act on this historic resolution.
The Hindu
Share
Facebook
Twitter
WhatsApp
Pinterest
Email