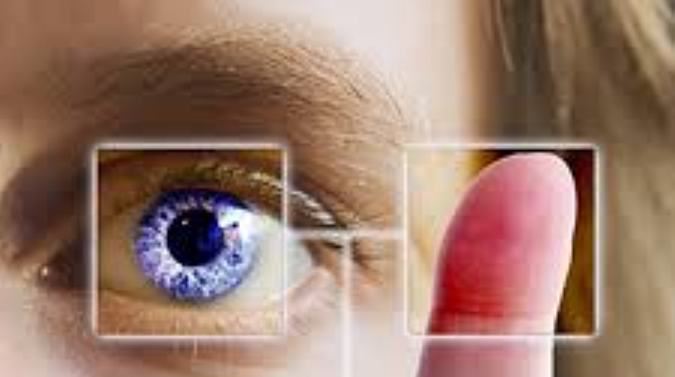 According to the existing law, fingerprints can only be taken from convicted criminals with a relevant court order. An identity cards application form has been issue to ‘grama niladhari’ officers which even asks for the details of the applicants’ family. It is mentioned in that application form that this information is being taken in accordance with the Act No. 32 of 1968. That Act does not have the power to obtain that kind of information. The government is trying to bring in a repressive Act by changing the existing Act. Instead of officers of the Department of Registration of Person, it is army officers who are being sent to training workshops in divisional secretariats.

We challenge the government to show if biometric data is collected by any civilized country. The situation in Europe is like this. In England, fingerprints are not taken for IDs. In France, such a proposal did not come in to effect because of opposition from its people. In Italy, such a process was introduced in 2001, but it is only in effect in 83 cities. Even then, it is not a necessary requirement for the citizens in those cities to give their fingerprints. In Finland, a similar process was introduced in 1999 although so far it had been obtained from only 3 lakhs out of a population of 50 lakhs. In Sweden, only 1% of the population obtained this ID card. In those countries it is not compulsory to give fingerprints. But according to page 64 in the mission handbook, in Sri Lanka it will be made compulsory.

Why does the government need sensitive private information of the people? That information can be misused. Foreign parties can steal information from electronic ID cards through Infra-red and magnetic rays. This is an attempt to make the whole country an open prison. Therefore, we will not give our fingerprints. The ones who are asking for the fingerprints are the criminals. We request the people not to give in to this scheme”.

Excerpts from the Front Line Socialist Party Propaganda Secretary Pubudu Jayagoda’s speech at a press conference on the issue.

A further act of militarisation

“People have been surfeited with sweetmeats and their digestion has been ruined: bitter medicines, sharp truths, are therefore necessary,” wrote Russian writer Mikhail Lermontov in his acclaimed book, “A Hero of Our Time.” It was these words that Galle District Independent MP G.H. Ajith Kumara used to bring to light a sharp truth by way of an adjournment motion in Parliament on Thursday, in which he exposed the imminent dangers of the electronic National Identity Card (eNIC) that the Government proposes to introduce shortly.

In an increasingly militarised postwar Sri Lanka, MP Ajith Kumara was suspicious of the move to introduce the eNIC. The suspicion was to do with the nature of the eNIC which the MP alleged would lead to biometric and biographic profiling of the entire population over the age of 15 years. “More disturbing was the requirement for all Sri Lankans to declare personal details including family details, marital status, email addresses and mobile numbers, when obtaining an eNIC,” he said.

And his suspicions were not altogether unfounded, given the fact that the Registration of Persons Dept comes under Ministry of Defence and Urban Development which has, in recent times, gained notoriety for its highhanded actions in dealing with civil matters.

“At preset, only criminals are fingerprinted, but under this new system, every citizen will be fingerprinted and all their personal data will be stored and accessed by the authorities at anytime. Will the rulers allow the members of the public to access the rulers’ personal data in the same manner they impinge on the privacy of the citizens of this country? The Government which has denied the people their right to get information, by stifling the Right to Information legislation, is trying to gather personal details of every citizen in this country,” he alleged.

The proposed eNIC would require parents who have adopted children to divulge this fact in their eNIC applications forms. “When a child is adopted, only the court and the parents know, and sometimes, even the child is not aware, but now the State wants to know even such information. They want to know if you are divorced, and about your parentage,” he said.

UNP National List MP Eran Wickramaratna who seconded the motion, said his Party is not opposed to an eNIC being issued, but said, seeking peoples personal details is in violation of all international covenants, as well as a violation of the basic rights of the people. “The ICCPR (Intentional Covenant on Civil and Political Rights) clearly states that, ‘‘no-one shall be subjected to arbitrary interference with his privacy, family, home or correspondence’, but the personal information that the Government is seeking goes against this. I will most certainly not divulge my personal details to anyone and no citizen should be compelled to do so. No government has the right to act arbitrarily in such matters. First, this must be put in the public domain and discussed with the people. But, what this Government does is make all the plans, finalise them and bring them to Parliament, only to get its seal of approval,” he charged.

The UNP MP said it is time to bring the Registration of Persons Department under a Ministry of Internal Affairs. “It is time to rethink these issues. The issue of ICs must be done by civil institutions, People’s privacy must be protected,” he said. MP Wickramaratna also alleged that there are some telecommunication companies that were passing on people’s personal information to the Defence Ministry which was in violation of international law. “However much these companies come under duress from the Defence authorities, they cannot divulge people’s personal information to State authorities,” he said, adding that he would reveal the names of these companies when necessary.

Prime Minister D.M. Jayaratne tried to calm the fears of the Opposition legislators, saying that the eNIC to be issued from this year, was not meant to harm the people, but for their benefit. “The finger-printing is necessary for the present and future national security needs of the country. Nothing will be done in a way that violates international laws. All personal details will be kept confidential,” he assured.

Tamil National Alliance (TNA) Jaffna District MP E. Saravanapavan had different concerns regarding the issuing of an eNIC, saying it could lead to racial profiling and be used against the Tamil population. “The Ministry of Defence can use the information collected for the eNICs to monitor people. The military is engaged in large scale land grabbing in the North, and they can use this kind of data to further clamp down on the people,” he said.

When MP Ajith Perera called up an official connected to the eNIC project, to voice his concerns regarding the issuing of an eNIC; he was told that the MP was overreacting. “You are seeing crocodiles even in a water bucket,” the MP had been told. However, going by the air of paranoia with which many Government MPs spoke, each falling over the other to voice concerns over national security threats, the re-emergence of terrorism and of unforeseen conspiracies, like MP Ajith Perera put it, “the Government, it is evident, is seeing crocodiles or perceived enemies even in a tea saucer.”

[The heading of the article is by SLB]
Sunday Times