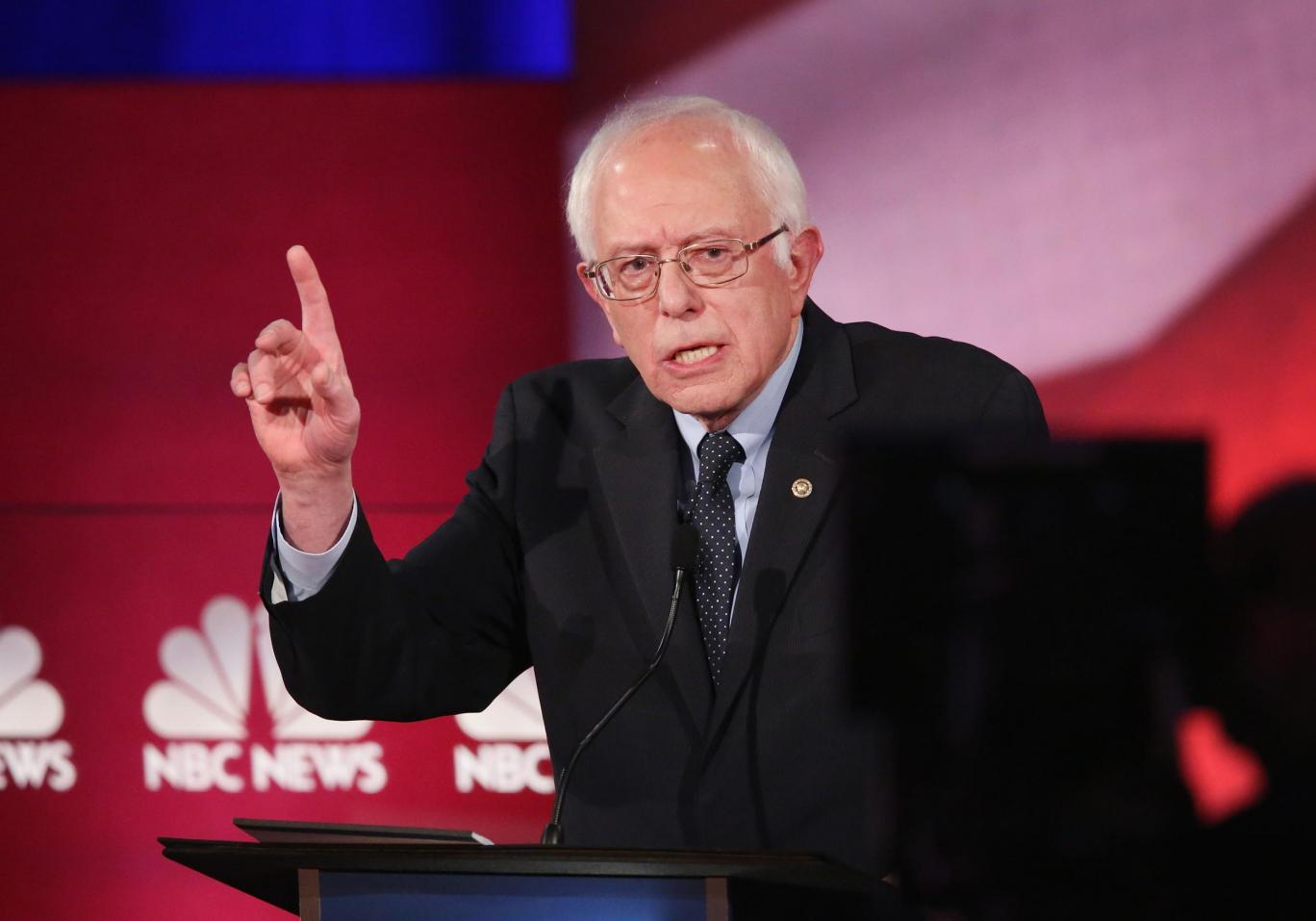 ‘To the degree that he pursues racist, sexist, xenophobic and anti-environment policies, we will vigorously oppose him,’ warns senator.

Donald Trump’s election victory as seen a number of key political figures climb down from their scathingly critical positions to extend conciliatory messages pledging to work with the incoming President.

Barack Obama said everyone in the White House is “rooting for his success” while Speaker of the House Paul Ryan claimed Mr Trump’s win “marks a repudiation of the status quo of failed liberal progressive policies”.

Those rushing to move to Canada after Mr Trump’s victory may also want to hold their horses – Justin Trudeau is also looking forward to working with Mr Trump and has chatted to him on the phone about the relationship between their two countries he hopes his presidency will foster.

But one man is unafraid to challenge him: the man who ran for the Democratic nomination with antithetical policies to Mr Trump’s, Bernie Sanders. The socialist senator and former mayor, 74, released a careful statement responding to Mr Trump’s new position as President-elect.

He also demonstrated an understanding of why Mr Trump’s presidency attracted such support.

“Donald Trump tapped into the anger of a declining middle class that is sick and tired of establishment economics, establishment politics and the establishment media. People are tired of working longer hours for lower wages, of seeing decent paying jobs go to China and other low-wage countries, of billionaires not paying any federal income taxes and of not being able to afford a college education for their kids – all while the very rich become much richer.

“ To the degree that Mr. Trump is serious about pursuing policies that improve the lives of working families in this country, I and other progressives are prepared to work with him.”

But his message added an important caveat.

“To the degree that he pursues racist, sexist, xenophobic and anti-environment policies, we will vigorously oppose him.”

Mr Sanders’ statement will only bolster steadily growing calls for him to run in the 2020 election. His policies had a clear focus on closing the stark gap between the wealthy and those living in poverty across the US, creating access to free health care and education, creating a living wage, tackling racial inequality and introducing a “fair and humane” immigration policy.

In contrast, Mr Trump has confirmed plans to repeal Obamacare, potentially leaving 22 million Americans without healthcare insurance, and begin the deportation of undocumented immigrants living in the US.

Meanwhile, his statement announcing a pledge to ban all Muslims from entering the US has disappeared from his website.
independent.co.uk