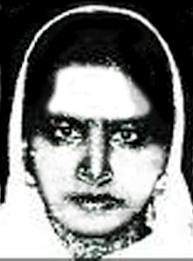 UN Chief Slams Beheading Of Rizana
UN Secretary-General Ban ki-Moon is dismayed by the execution in Saudi Arabia of Rizana Nafeek, his spokesman said in a statement late on Friday.
The spokesman said that Ban was concerned about reports of irregularities in Rizana’s detention and trial, as well as the increase in the use of capital punishment in Saudi Arabia.
He insists on the application of international human rights law, including the right to a fair trial, for all men and women in Saudi Arabia, irrespectively of their migration status or nationality.
Currently, in Saudi Arabia, women do not have equal access to the courts or an equal opportunity to obtain justice. The Secretary-General is concerned that this is a situation which is even more precarious for women migrant workers given their foreign status.
UN Chief…
Meanwhile, United Nations Special Rapporteurs on summary executions, torture and migrants expressed outrage at the beheading of Rizana Nafeek, a Sri Lankan domestic worker charged with murder of a baby in her care in 2005 when she was reportedly 17 years old. According to the accused, the baby choked while being fed.
Nafeek was executed despite repeated calls by the international community, expressing concern at her age, the fairness of the trial, and the intended form of execution, which are in violation of international treaties to which Saudi Arabia is a State party.
“International law, accepted as binding by Saudi Arabia, is clear that it is unlawful to execute someone who was under 18 years old when they allegedly committed a crime,” the Special Rapporteur on extrajudicial, summary or arbitrary executions, Christof Heyns said. “Moreoever, beheading is a particularly cruel form of execution.”
“It appears that Ms. Nafeek did not have adequate access to lawyers and competent interpreters during her interrogation or trial,” noted François Crépeau, the Special Rapporteur on the human rights of migrants. “Given the large number of women migrant domestic workers in Saudi Arabia it is of paramount importance that transparent laws are put in place to ensure that all procedural rights and guarantees are afforded to all persons in Saudi Arabia, no matter their migration status or nationality.”
The Special Rapporteur on Torture, Juan Méndez, noted that during the appeal of the case before the High Court in Riyadh, the defence submitted that Nafeek was beaten and made to sign a confession under duress. “Her execution is clearly contrary to the Convention on the Rights of the Child and the Convention against Torture,” he underscored.
The Special Rapporteurs on extrajudicial, summary or arbitrary executions sent two urgent appeals to the Government on the case on 28 June 2007 and 1 November 2010.
President Mahinda Rajapaksa sent an appeal to King Abdullah on 6 January 2013, requesting a stay of the execution until a settlement could be reached between the baby’s family and a Saudi reconciliation committee. Appeals were also repeatedly made by the parents of Nafeek to King Abdullah to pardon her. (ER)
SL
Navi Pillai   expressed deep dismay on the execution of Rizana Nafeek
We express our deep dismay at the execution of a young Sri Lankan woman in Saudi Arabia on Wednesday.
Rizana Nafeek, who arrived in Saudi Arabia from Sri Lanka to work as a housemaid in 2005, was charged with the murder of her employers’ baby a week after her arrival.
Despite a birth certificate that allegedly showed she was a minor at the time of the baby’s death and repeated expressions of concern from the international community, she was convicted of murder, sentenced to death and beheaded.
We are deeply troubled by reports of irregularities in her detention and trial, including that no lawyer was present to assist her in key stages of her interrogation and trial, that language interpretation was poor, and Ms Nafeek’s contention that she was physically assaulted and forced to sign a confession under duress.
On 1 November 2010, the Special Rapporteur on extrajudicial, summary or arbitrary executions, Christof Heyns, sent an urgent appeal in connection with Ms. Nafeek’s case. In June 2007, his predecessor Philip Alston had already raised concerns about the imposition of the death penalty for an alleged crime committed when Ms Nafeek was still below eighteen years of age.*
We note with great concern the sharp increase in the use of capital punishment in the Kingdom of Saudi Arabia since 2011. The High Commissioner strongly supports the global movement away from the death penalty. She was pleased that a clear majority of Member States (111) recently voted for General Assembly resolution 67/176, which calls for a moratorium on the death penalty. We call on the Kingdom of Saudi Arabia to join the growing world’s movement away from the death penalty.
* Reference is made to both appeals in the Human Right Council’s report (page 354) available here:http://www.ohchr.org/Documents/Issues/Executions/A-HRC-17-28-Add1.pdf
EU dismayed at Rizana’s execution

The European Union expressed dismay Thursday that Saudi Arabia had beheaded a Sri Lankan maid convicted of murdering her employer’s baby, despite repeated appeals for a stay of execution.

“I am deeply dismayed by the information that Sri Lankan national Ms Rizana Nafeek was executed,” EU foreign affairs head Catherine Ashton said in a statement.

“On numerous occasions, the EU had called for the execution to be commuted and had asked the authorities to exercise all their powers in order to grant her relief from the death penalty,” Ashton said.

The maid “was most probably a minor at the time of the crime,” she added.

Nafeek was executed Wednesday after she was found guilty of smothering the baby following an argument with the child’s mother, her employer, the Saudi interior ministry said in a statement carried by the official SPA news agency.

Human rights groups said Nafeek was 17 at the time of the offence and that Saudi Arabia was one of just three countries in the world to impose the death penalty for crimes committed as a minor.

“I recognise the serious nature of the crime involved and express my sincere sympathy to the family of the victim. However, I do not believe that their loss has been mitigated by Nafeek’s death,” Ashton said.

“The EU opposes the use of capital punishment in all cases and under all circumstances and calls for a global moratorium as a first step towards its universal abolition.

UK and France condemn killing of Rizana Nafeek in Saudi

Both the United Kingdom Foreign Office and France issued statements condemning the killing of Rizana Nafeek.

However, the Sri Lankan government which expressed sadness about the killing did not make any statement specifically condemning the killing.

“I condemn the execution of Rizana Nafeek in Saudi Arabia yesterday, despite the many appeals for her sentence to be commuted. The UK opposes all use of the death penalty as a matter of principle, whatever the crime committed. The beheading of Ms Nafeek is particularly concerning as reports suggest she may have been a child of 17 at the time the crime was committed. We also find the practice of beheading to be particularly cruel and inhuman. We continue to raise our concerns about human rights with the Saudi authorities, including its frequent use of the death penalty”

France also issued a statement condemning the execution.
“France condemns the decapitation on January 9 in Saudi Arabia of Rizana Nafeek, a young woman from Sri Lanka, a minor at the time of the event. France is committed to a campaign in favor of the universal abolition of the death penalty and takes numerous initiatives in that area. As the Minister of Foreign Affairs M. Laurent Fabius reminded, France expresses its determined and continual opposition to death penalty in any place and any circumstances. France exhorts Saudi Arabia to put an end to executions and implement a moratorium”. (Translation)
(Press Release: Asian Human Rights Commission)
Norway ‘shocked’ by execution of Rizana Nafeek

Norway has condemned the execution of Sri Lankan domestic worker Rizana Nafeek in Saudi Arabia this week, with the country’s Foreign Minister Espen Barth Eide saying he was shocked by the execution.

“I am shocked by the execution in Saudi Arabia of Sri Lankan Rizana Nafeek. Norway condemns her execution, which is also a violation of the Convention on the Rights of the Child, as she was a minor at the time of the crime for which she was charged,” Barth Eide said.

According to her birth certificate, Rizana Nafeek was a minor in 2005 when the child for whom she was responsible died. She was later condemned to death for killing the child.

According to a press release from the Norwegian Foreign Office, her execution is a violation of Saudi Arabia’s obligation under the Convention on the Rights of the Child to refrain from imposing the death penalty on anyone under the age of 18. Nafeek was executed in Saudi Arabia on 9 January.

“We urge the Saudi Arabian authorities to comply with their international obligations, and to introduce a moratorium on the use of the death penalty, with a view to abolishing it altogether,” said Mr Eide.

Norway has raised this case with the Saudi Arabian authorities on several occasions, most recently on the day before the execution, and has urged Saudi Arabia to stop the execution and reverse the sentence.