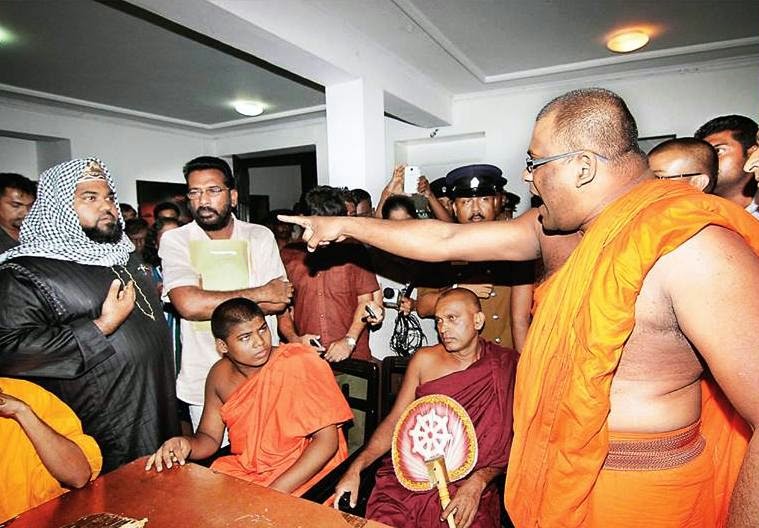 Sri Lanka government has taken  decision to  not proceed with the hate speech charges filed against  extremist Buddhist monk and the leader of the Buddhist Brigade ( Bodu Bala Sena),  Galabodaaththe Gnanasara.

Accordingly,  when the case against Galabodaaththe Gnanasara was taken up on 29th Sep 2017 the Crime Prevention Division of the Police informed the Colombo Magistrate Court it will not take any legal action against the thero and requested the court to stay the case.

Police had filed this case on the complaint made by UNP politician and member of the parliament Mohamed Mujibur Rahman that Gnanasara thero has made contemptuous  public statements on Allah, Islam and Muslim people. Acting on complaint Police arrested Gnansara thero on 21 June 2017 and  released him on bail on the same day.

Political analysts are of the opinion that without clear instructions from the political authority Police would not have made  decision to release Gnanasara of hate speech charges.  Impunity for hate crimes against religious and ethnic minorities is the norm in Sri Lanka.

In recent times one of the president Sirisena’s advisers Ulapane Sumangala thero has become the protector of Gananasara thero and said to be a close to some of the Sirisena’s lay advisers.