[Holding photographs and clothing of their missing children and husbands….]

Tamil mothers and relatives of the disappeared held a demonstration in Batticaloa on Monday, calling on the Sri Lankan government to release their children from custody.

Holding photographs and clothing of their missing children and husbands, women from across the region, came together to hold a seven hour fast in Kaanthippoongavil, Batticaloa town.

“Where are our loved ones taken by the Sri Lankan army?” asked one mother.

Holding a photograph of a young man, another woman’s placard read: “Where is my husband who was arrested at the end of the war.”

“Where are our loves ones who got caught in the final stages of the war?” another sign read.

The protest is the latest in a wave of demonstrations across the North-East against the enforced disappearances and ongoing detention of Tamils. 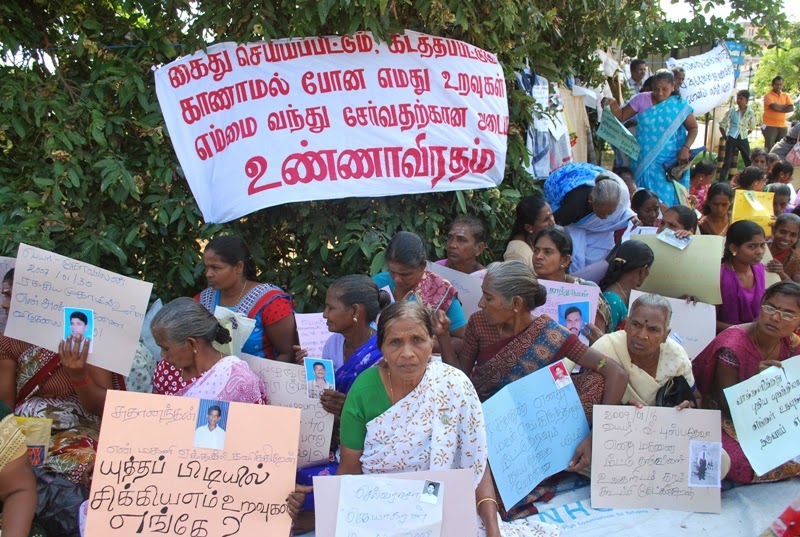