BASL wants answers from Gota: “What is the basis of selecting convicted murderer Duminda Silva was for presidential pardon?” 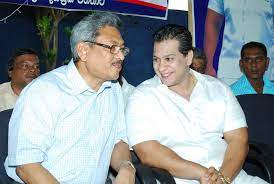 Image: Silva and Rajapaksa are buddies.

In a letter addressed to president Rajapaksa the Bar Association of Sri Lanka has requested him to  make public his reasons for granting pardon to convicted murderer Duminda Silva.

Duminda Silva was special adviser to the then secretary to the Defense Ministry Gotabaya Rajapaksa at the time of the murder he committed.

Two of them considered to be close friends. 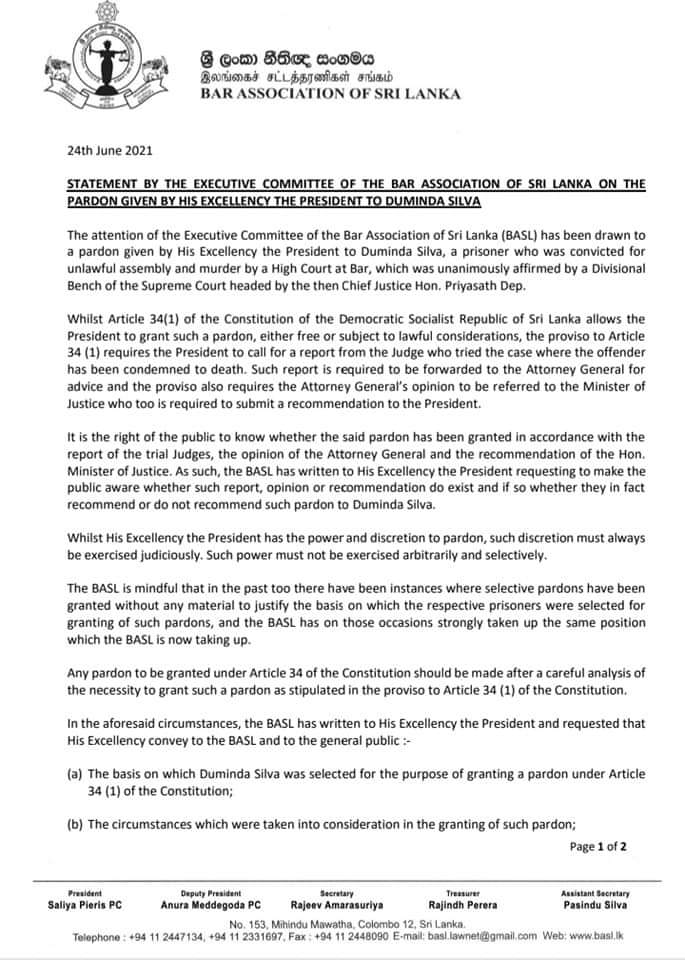 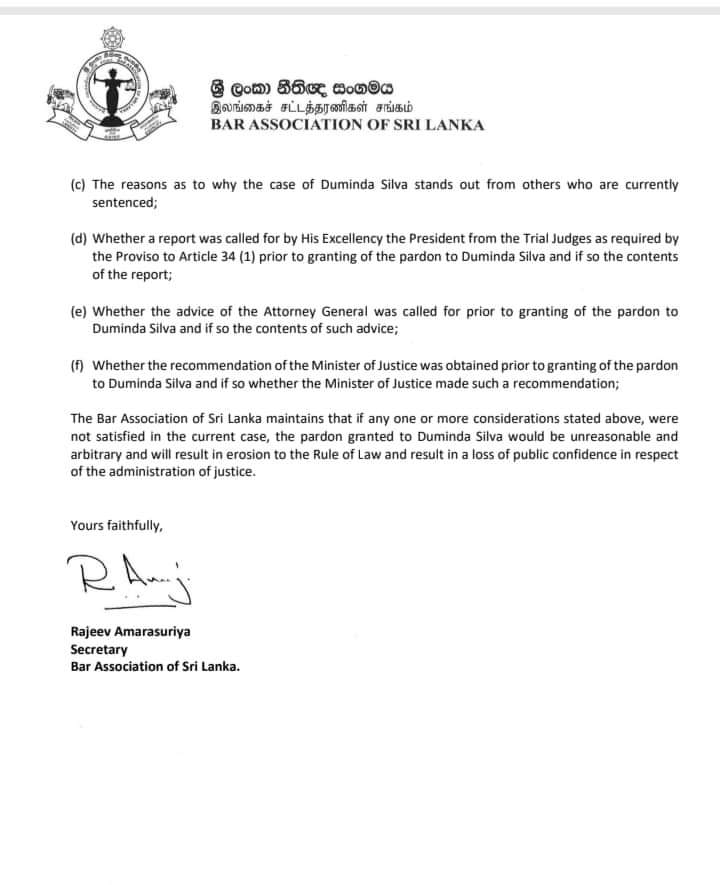