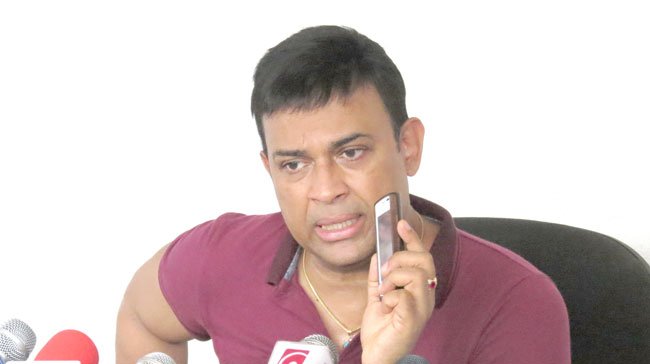 Image: Outspoken MP, Ranjan Ramanayeka  against whom BASL wants to go to charge over contempt of court.

A Press Release issued by the Bar Association of Sri Lanka has threatened contempt of Court action being taken against a deputy minister who has made some serious criticisms against the Courts and the legal profession. While it is not our intention to defend the deputy minister, we are perturbed by such threats against anyone who is publicly airing criticisms – against any real or perceived problems relating to the judiciary and the legal profession – as the damage done by the curtailment of such criticisms will far exceed any damage that may be done by such criticisms. It is prudent and wise to recall the words of Lord Denning, on the issue of the use of contempt of court for the defence of judiciary;

“…(This) is a jurisdiction which undoubtedly belongs to us but which we will most sparingly exercise: more particularly as we ourselves have an interest in the matter. Let me say at once that we will never use this jurisdiction as a means to uphold our own dignity. That must rest on surer foundations. Nor will we use it to suppress those who speak against us. We do not fear criticism not do we resent it. For there is something far more important at stake. It is no less than the freedom of speech itself.

It is the right of every man, in Parliament or out of it, in the press or over the broadcast, to make fair comment, even outspoken comment on matters of public interest. Those who comment can deal faithfully with all that is done in a court of justice. They can say we are mistaken and our decisions erroneous, whether they are subject to appeal or not. All we ask is that those who criticise us will remember that, from the nature or our office, we cannot reply to those criticisms. We cannot enter into public controversy, still less political controversy. We must rely on our conduct itself to be its vindication.”

Exposed as we are to the winds of criticism, nothing which is said by this person of that, will deter us from doing what we believe is right;…” Lord Denning, [In] Regina vs Commissioner of Police of the Metropolis ex. parte Blackburn,2 W.L.R. 1204

What is even more disturbing about the statement of the Bar Association is the following statement.

“… The Bar Association of Sri Lanka notes with concern the undue and unwarranted attacks on the law enforcement authorities, the Attorney General’s Department and now the judiciary….”

There are also nearly twenty (20) Communications to the United Nations Human Rights Committee (UNHRC), where the Committee has expressed its views stating large number of violations of civil and political rights committed by the Government of Sri Lanka on matters such as failures to investigate serious crimes such as murder, the Attorney General interfering to stop inquiries into murder by issuing letters to the inquiring Magistrates not to proceed with such inquiries, abuse of contempt of court proceedings violating the international norms relating to such matters, undue delay in conduct of trials, dismissal of judges without following the due process, and numerous instances where torture victims were denied redress. In the latest view expressed by the UNHRC – Amarasignhe Arachchige David Amarasignhe, Communication No. 2209/2012, where a man who was brutally tortured and massacred was denied of a proper inquiry into his death by the intervention of the Attorney General himself.

As for our part, the Asian Human Rights Commission in a recently published book titled “Torture as an Entrenched part of Cruel, Inhuman and Degrading Legal Systems” (300 pages), have narrated in detail the manner in which Sri Lanka’s system of administration of justice has fallen into a state, where fundamental flaws have emerged which obstructs the people from obtaining justice.

The Bar Association should be aware of the enormous obstacles faced by the lawyers throughout the country in the practice of their profession without fear or favour. It is well aware of the recent attack on a lawyer where he was abducted, severely beaten, threatened to be killed at gunpoint, threatened with sexual abuse, and robbed of his possessions; the lawyer later complained that the Ragama police had deliberately sabotaged the inquiry. The Bar Association itself not long ago, protested when an attempt was made by the Ministry of Justice through a Gazette Notification to limit the access for lawyers to their clients in custody, stipulating that they could have such access only after interrogations are done.

The Courts and the lawyers exist only for the purpose of ensuring that the people in the country – irrespective of their status, gender, race and language – could obtain justice. It is only the blind who could deny that the actual realisation of that basic aim is far from a reality in Sri Lanka.

When criticisms are made for whatever purpose they may be, the wise course of to follow is to listen carefully and utilise every opportunity to achieve radical reforms that are essential, if the rule of law and the recourse to justice is not to become an illusion for the people who seek such justice.

The legal profession is a noble profession to the extent that the lawyers are willing and capable of leading the fight for justice. If we lose a fighting Bar, we virtually lose the battle for justice.

It is far better to look in the mirror and recognise whatever that is ugly that may have begun to emerge in ones’ own appearance. Such honesty and frankness does no harm. However, to hypocritically evade criticism, is to let down the legal profession, the independence of the judiciary and the freedom for the people to live without fear and suspicion.