Bank Demands US$472, 200 To Comply With Court Order In Former CJ Shirani B. Case 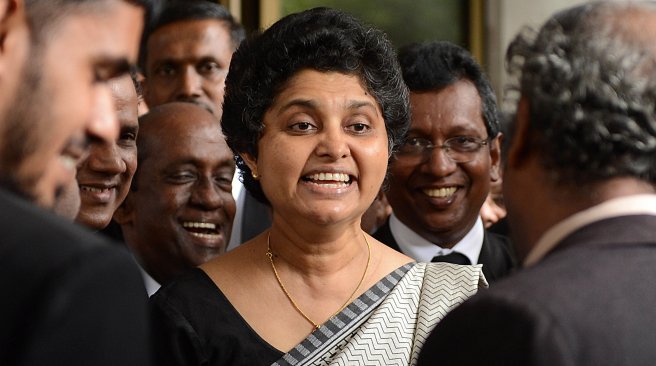 In a new twit in the case against former CJ Shirani Bandaranayake the national development bank has refused to comply a court order and not allowed her computer experts to inspect the log-in data of the accounts said to belong to Ms. Bandaranayakes and had demanded US$472, 200 from them, reports Daily Mirror. ‘Consequently Magistrate Pilapitiya questioned the bank’s counsel how long it would take for the bank to release the log-in details to the accused. The counsel said it will take about four years to release the computer details’, report says.

In the impeachment against the former CJ Government charged that She had maintain number of bank accounts without declaring them.

Counsel Nalin Ladduwahetty PC told Chief Magistrate Gihan Pilapitiya that the NDB had on an earlier occasion appealed to the High Court seeking a stay order on inspecting the computer data in relating to her accounts. He said this was in contempt of court because the bank could not force terms and conditions on Court Orders and added that his client was now without any income including a pension and pointed out that his client cannot afford to pay it and they cannot face the trial without these details.