Bailing Out a Judge: Prostitution of Powers of the Judiciary – Lakshan Dias 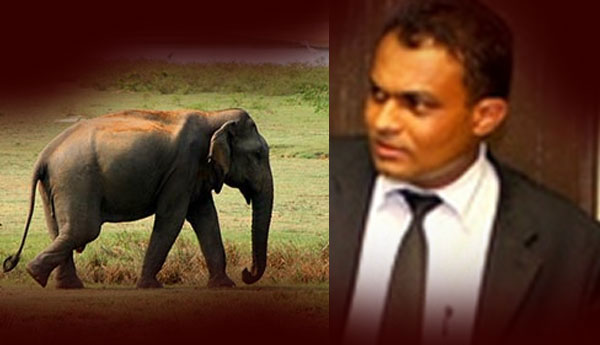 He has further said that the court had granted bail for Gamage at 6.45 pm, although the court registrar does not accept bail after 3.45 pm.

He raised a question as to whom the bail for Gamage was paid at 6.45 pm, about which the justice minister, chairman of the Judicial Services Commission and the chief justice should hold an investigation.

Thilina Gamage was sent on compulsory leave over charges including keeping an elephant calf without a license. Thilina Gamage surrendered in Nugegoda Magistrate’s Court on 2nd June,  through a motion, was released on four sureties of Rs. 2.5 million each and cash bail of Rs.500,000 by Gangodawila Magistrate Kanishka Wijeyratne.

Now the attorney general has decided to file a revised application in the high court against the bailing out of former Colombo additional magistrate Thilina Gamage, who stands accused of having kept a baby elephant by producing fake documents.

Several top politicians of the government had influenced the IGP not to arrest Gamage, and only prime minister Ranil Wickremesinghe and law and peace minister Sagala Ratnayake had not done so.

Ratnayake has instructed the CID to write down in the case file the names of persons who had influenced them against Gamage’s arrest.

Meanwhile, the Anti Corruption Front alleges this incident goes onto establish the world opinion that the country’s judiciary cannot be trusted.

ACF consultant Keerthi Tennakoon told the media today that a major protest would be organized if the police, attorney general and the wildlife officials cannot resolve the unlicensed elephants issue on their own.

– With the inputs from Sri Lanka Mirror

Upon learning of this, a senior CID officer has made an inquiry from the court registrar and has learnt that the bail was posted only around 2.00pm today (03). However, when the officer has asked for the logbook, the registrar has refused.

Suddenly appearing, Gangodawila Magistrate Kanishka Wijeyratne has said that the officer’s request cannot be granted today and the logbook will be given next Monday.

We learn that the CID is to complain of this to the Judicial Services Commission.