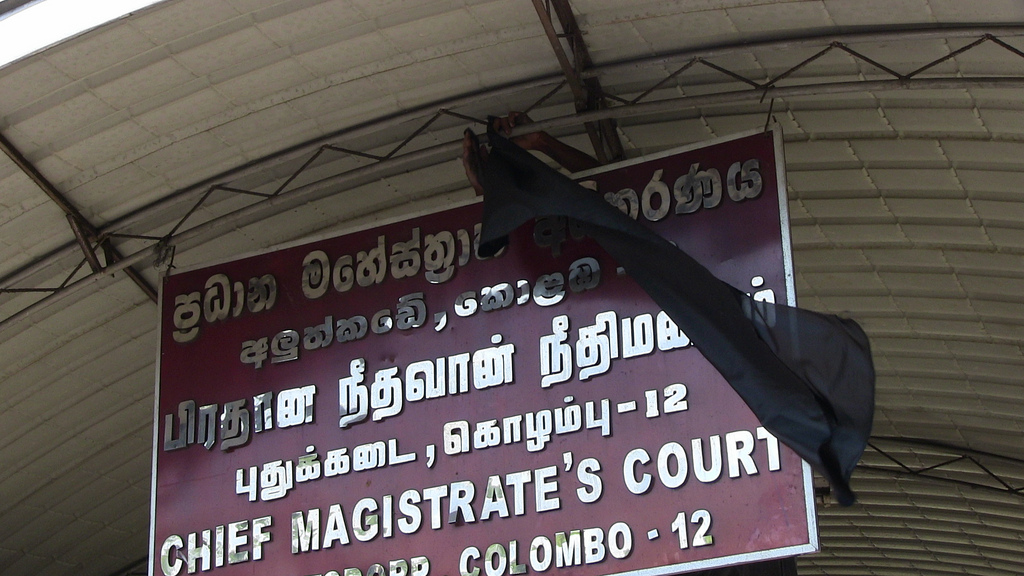 District Judges and Magistrates are to be called for an emergency general meeting to decide what future action the Association of Judicial Officers should take over the attack on Judicial Service Commission Secretary Manjula Thilakaratne.

Secretary of the Association, Additional District Judge of Colombo Pradeep Jayatillake, yesterday decided to hold the emergency general meeting of the association immediately. The District Courts and the Magistrate’s Courts adjourned proceedings yesterday to express solidarity with the Judicial Services Commission. The President of the Magistrate’s Court Lawyers’ Union R. A. Padmapriya Ranawake, and its Secretary D. S. Gamage issued a news release condemning the assault and expressing solidarity with their union.

By Chitra Weerarathne
IS
A large group of lawyers held a protest against the recent assault on the Judicial Service Commission Secretary Manjula Thilakaratne.

The protest march went through the streets of the St. Sebastian Hill and a coffin was burnt opposite the Magistrate’s Court of Hulftsdorp.

The protesting lawyers proceeded to the street opposite the Ministry of Justice carrying placards which read: “The Independence of the Judiciary should not be interfered with” and “Thugs at large; law enforcement in peril”.

The protest lasted for over two hours. Meanwhile, the officers working in the Registrar’s office, too, expressed their solidarity with the lawyers.
By Chitra Weerarathne
IS

Photos of the lawyers protest: Vikalpa 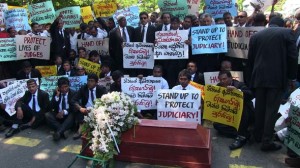 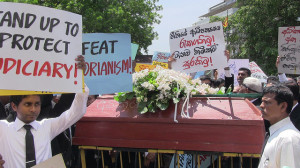 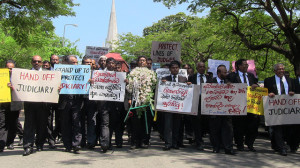 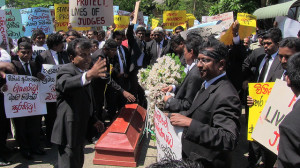