Attaack on Peace March in Aluthgama: No investigation yet 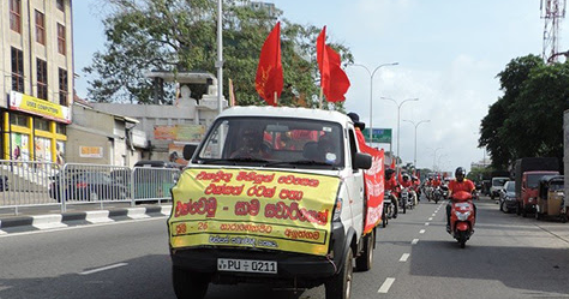 It is no secret who attacked this vehicle parade, carrying the massage of national harmony against chauvinism and religious extremism from Narahenpita to Darga town in Aluthgama, from the fact that no one has been arrested even after two months have passed after that incident. This is even after video images of those who attacked the procession on that day were shown through media channels, although in the past the police had been very efficient in arresting student leaders after looking at video images of student agitations. This incompetent behaviour behind this investigation shows none other than the power of the political force behind this incident.