At this rate, the PTA will not help the government to prevent another uprising. 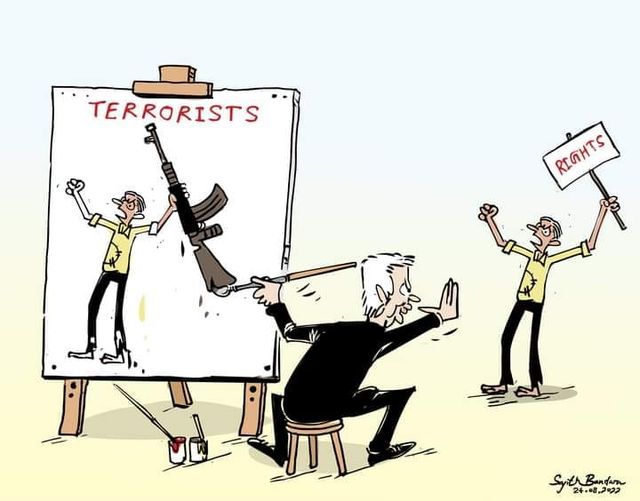 The government has amply demonstrated that it is ready to do everything in its power to quell protests. It has come under heavy fire for using the PTA (Prevention of Terrorism Act) against the organisers of anti-government agitations. It has sought to defend itself, claiming that there were instances of terrorism during protests between 31 March and 13 June 2022, and the perpetrators thereof must be made to face the full force of anti-terror laws. True, what we witnessed in the immediate aftermath of the SLPP goon attacks on the Galle Face protesters on 09 May was terrorism. A ruling party MP was murdered in cold blood and scores of houses and other properties belonging to government politicians were torched within hours. Those attacks were well organised.

It was the timely deployment of the military that saved Parliament on 13 June. Otherwise, violent mobs would have reduced the place to ashes. Nobody in his or her proper senses will fault the government for having ordered tough action against those who perpetrated violence during protests, but it cannot justify the use of the PTA to crush protests on the pretext of dealing with the savage elements that carried out arson attacks, looting and killings.

All protesters must not be lumped together, demonised and given collective punishment for the crimes committed in the name of Aragalaya.

There would not have been any popular uprisings if President Gotabaya Rajapaksa, the SLPP grandees and their cronies had not ruined the economy. They caused unbearable economic hardships to the people; the soaring cost of living, shortages of fuel, medicine and other essentials drove the public to stage street protests. Is the act of rising against a failed government, asking for a course correction, a system overhaul, relief, etc., tantamount to terrorism?

One may not agree with the trade union leaders who played an active role in engineering waves of protests that led to the ouster of President Rajapaksa and the capture of the President’s House, the Presidential Secretariat, Temple Trees and the Prime Minister’s Office. But that is no reason why they should be treated like terrorists. If there is irrefutable evidence that they have committed serious offences, they can be dealt with under the Penal Code.

Curiously, the government is using the PTA against protesters, having delisted several pro-LTTE outfits despite media reports quoting Indian intelligence sources that attempts are being made to revive the LTTE. If Prabhakaran had saved funds he received from overseas instead of wasting them on the war, perhaps, he would have been able to remain alive and buy part of the North and the East, given the incumbent government’s desperation for forex. He would rue the day he closed the Mavil Aru anicut, starting Eelam War IV, if he knew the present-day Sri Lankan leaders’ readiness to sell anything to earn dollars.

The government seems to be labouring under the delusion that it will be able to suppress protests by taking what it apparently considers deterrent action against the student leaders and trade unionists involved in agitations. What it ought to do urgently is to identify the perpetrators of violence and have them prosecuted instead of using the PTA to neutralise political dissent. Most of all, it has to eliminate the causes of public resentment, which fuels anti-government protests. It must not lose sight of the fact that problems that led to social unrest and mass protests are far from solved; Sri Lanka has been ranked fifth among the 10 countries with the highest food price inflation in the world. At this rate, the PTA will not help the government to prevent another uprising.