Asgiriya Chapter calls for the right to equality for LGBT 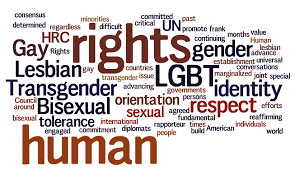 The Asgiriya Chapter highlighted that groups with diverse gender identities and sexual orientations such as the lesbian, gay, bisexual, transgender, queer, questioning, intersex and asexual (LGBTQIA) communities should have the right to equality and should not be marginalized, discriminated, exploited and oppressed.

Chief Secretary of the Asgiriya Chapter, Dr. Medagama Dhammananda said that such individuals who are so due to biological reasons and no fault of theirs, required compassion of all in the society. He added that laws must be brought to punish those who subjected them to torture, cruel, inhuman and/or degrading treatment, harassment and/or violence, on the grounds of their identity and/or orientation, as such could not be approved.

He however opined that since the right to equality was enshrined within and guaranteed by the Constitution, there was no need to single out the said communities for special recognition and provide special protection for them and such should be rethought of as far as including such in the new Constitution was considered.

When queried as to the fact that archaic provisions in the law such as those in the Vagrants Ordinance and Section 365 of the Penal Code are used to persecute those in these communities and therefore that there was a need for these laws to be repealed or amended, he opined that there was a danger that the laws if loosened would result in the open expression of such by way of the open practice and expansion of and proliferation of night clubs, guesthouses catering to such and drugs as such go hand in hand, parallely, as in the case of Thailand.

An environment providing for laws allowing such to be put in place should not be brought about by way of lifting restrictions, limitations and boundaries imposed, he further opined.

When further questioned about certain liberal countries where homosexual marriages were allowed by law and should therefore be provided for here, he opined that such practices did not fit in with what he perceived was the country’s traditions and customs, which are to be safeguarded. (RLJ)
The Nation