As Gota gets lion’s share of budget and rule of law deteriorates, Sri Lanka must learn from other Asian nations 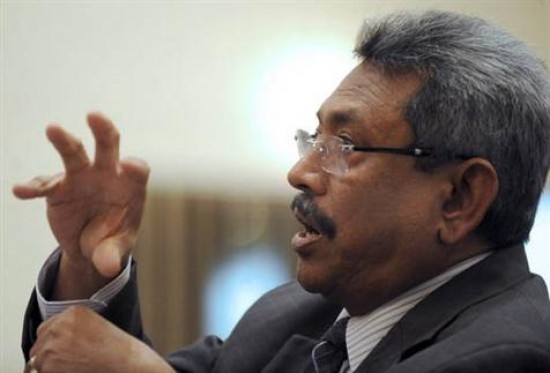 The increase in the economic rate of growth that has taken place in the Sri Lankan economy since the end of the war puts it amongst the better performing countries. Colombo has now got

facilities that the more demanding international visitor has come to expect, and indeed it is more pleasing to the eye than many other capitals most particularly in its wider Asian neigbourhood.
What is happening today in Sri Lanka also reflects trends elsewhere in its neigbourhood, In responding to criticisms of its human rights record, the government is quick to delink Sri Lanka culturally from the Western societies from where most of those critics come. Instead it affirms closeness with Asia, and Asian models. But not all these Asian models are either replicable or worthy of replication.

Neither followed in spirit or substance
A negative side can also be discerned that is liable to invalidate the repeated declarations by government leaders that Sri Lanka will be a regional hub for the better things of life, such as education, trade and finance. This is due to the erosion in the Rule of Law, the essence of which is to treat people alike and according to the laws that currently exist without making exceptions. Confidence in the Rule of Law also holds the key to the long term investments in the economy that are necessary for the economy to take-off to a new level of development. Accompanying impunity is corruption where established procedures are neither followed in spirit nor substance, and which permits enrichment of a few at the expense of the many and is reflected in increasing economic inequalities which affect both the middle and working classes.

Receiving end of lawless behaviour
Where there are conditions of impunity and no regard for the Rule of Law the expected foreign investments will not be forthcoming. Not only are investors reluctant to take the risk that they will be at the receiving end of lawless behavior. They also come under pressure from human rights groups who name and shame them for investing in countries whose governments violate human rights. The government’s failure to put the issue of war crimes behind it is a deterrent to foreign investment. The example of South Africa during the period of apartheid stands out as a case study where even multinational corporations who place profit first came under pressure to withdraw, and when they did the death knell fell deservedly on the apartheid government. The more recent example is Burma, where the military government has become more flexible in the face of international political and economic pressure.

Past lessons
There is reason for Sri Lankans to be disappointed that the end of the war did not bring about the transformation of the country in all respects as had been hoped for. The fear of politically motivated disappearances and of the spectre of the white van has still not gone away.

One person goes missing every five days
The figure continues to remains high at one person going missing every five days according to official records. While this is better than the five who went missing every day during the worst of the war period, no one wishes to take too much of a risk and dare the odds, and so there remains considerable self-censorship throughout society. My three wheel taxi driver recently explained why the other taxi drivers did not discuss politics at their three wheeler stand. He said that if news media owners felt obliged to self censor, how much more should they exercise caution, who had no influential persons to help them out if they fell into trouble.

Gota’s Defence and Urban development get’s 290 billion in budget
The government’s budget proposals for the forthcoming year have allocated Rs 290 billion to the defense and urban development ministry which dwarfs all others, including those of health ((75 billion), education (38 billion) and agriculture (28 billion) and is more than double their combined amount. Keeping the military powerful is a strategy that other countries also use. The Philippines case is particularly relevant for Sri Lanka, as it too is a country that made a remarkable transition but failed to build on it. In the Philippines there are still communist and ethnic Muslim insurrections that provide the reason for keeping up the spending on the military and in continuing with draconian national security laws that can be used for other purposes also.

Govt strong and people weak
here there are national security laws, and weak systems of checks and balances, the government becomes strong while the people become weak. At this point powerful political actors can obtain impunity for their actions. They can violate human rights, and they can also violate the economic rights of people such as by forcibly getting them to move from the valuable land they are currently living on and giving that to business interests or to further the interests of the military. This is not only true in Sri Lanka but in countries like the Philippines, where people have been displaced due to the war, but also after the war from lagoons, urban centres and other desired spots by the military and by commercial interests.

Finding justification for confrontation
It is often under national security laws that governments are able to do what they cannot do in normal circumstances and carry out exercises in impunity. But like the Philippines government which has ongoing military confrontations with rebel groups, the Sri Lankan government too has a justification. Even three years after the government declared total victory over the LTTE and displayed the bodies of its fallen leaders, the Indian government has confirmed that LTTE remnants are trying to restart the rebel movement and using India as one possible base. It has therefore extended its ban on the LTTE for a further year. But it would be a tragedy if Sri Lanka were to follow the Philippines even though the war has ended.

Asian neighbours
It was forty years ago that Ferdinand Marcos declared himself to be President for life of the Philippines and arrested all who opposed him his form of government. Those at the receiving end included members of the democratic opposition and also professionals, religious clergy and community activists. Faced with worsening political and economic crisis he took it upon himself to dispense with Parliament and ruled by decree and through martial law. He banned political actions including rallies and strikes by workers and confiscated the property of those who continued to oppose him. But even in these circumstances it was not possible to prevent the opposition from gathering strength and taking to the streets in a bigger and bigger way.

Alas, the Philippines is an example of a country in which a people’s uprising againstdictatorship that was successful did not yield the desired social and political transformation. The old structures of power and economic inequality have continued. The end of dictatorship did not automatically create a just society. The urban city centres give an impression of great prosperity while the interior areas are poor and even in the cities there is abundant evidence of poverty and squalor. Like Sri Lanka, the Philippines is being subjected to criticism and inquiry by the UN Human Rights Commission in Geneva, and the Philippines government is promising to make the necessary changes to improve human rights. But implementation remains weak, and so the vicious cycle of communist and ethnic insurrections continue to feed a cycle of militarization and impunity.

Asian Tiger
It is important that Sri Lanka should learn the lessons of the Philippines. It is a country that has not lived up to its full potential and become a prosperous country like South Korea or Malaysia. There were expectations that it too would become an Asian Tiger economy after the fall of Marcos. But it did not. After the end of the war against the LTTE, Sri Lanka has had a golden opportunity to transform itself into a country ruled by law. There is still hope because integrity still continues to remain in many institutions, not least the Supreme Court which seeks to maintain its own integrity and independence from the political authority. It is to be hope that recent events are not an indication of a tussle between these two centres of authority such as the one that shook Pakistan some years ago.

Pakistan
Indeed, unlike Pakistan and the Philippines, Sri Lanka has a further reason for hope. The report of the Lessons Learnt and Reconciliation Commission that was appointed by the President has provided the world with a vision of a transformed Sri Lanka and what needs to be done to achieve that state of transformation. The government has recently come up with an Action Plan to implement some of these recommendations. However, this government action plan is still an incomplete one and need to be re-visited, perhaps with the assistance of those who were the LLRC commissioners. The full implementation of the LLRC report, which calls for a state governed by law, equity to all ethnic communities and an active civil society would surely see the birth of a new Sri Lanka. It must not remain a dream.
LS