As evil returns to Sri Lanka’s streets, who is responsible? – Kishali Pinto Jayawardene 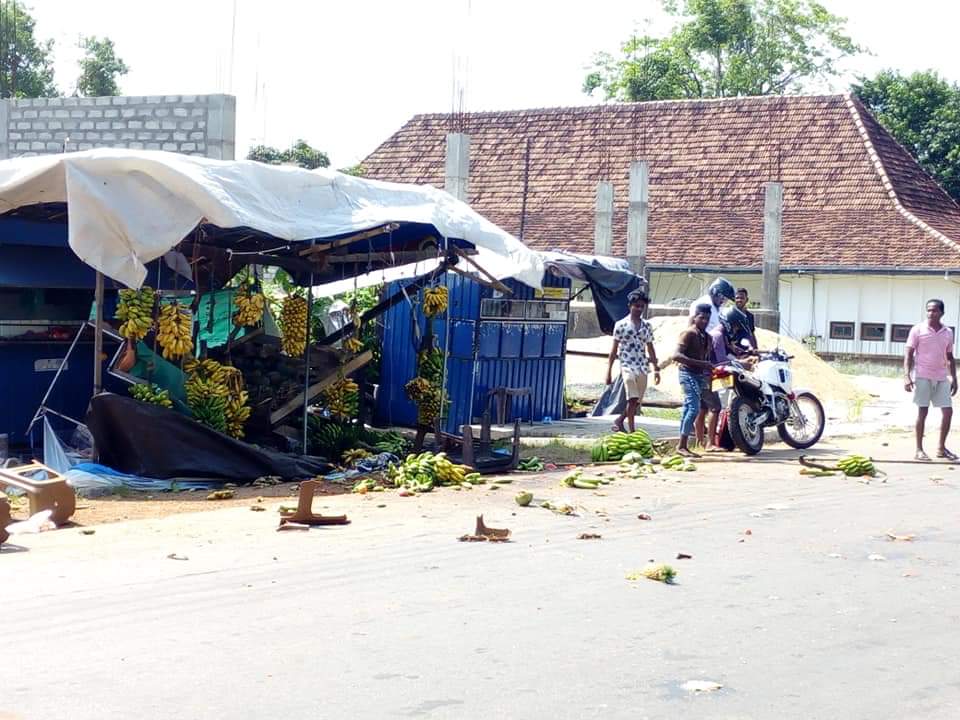 There is much good sense in the assertion by Sri Lanka’s Catholic Church this Friday that despicable communal violence by organised mobs against Muslims in the North Western Province and Minuwangoda a few days earlier was not only politically instigated but also a deliberate attempt to turn public focus away from the shock and horror of the Easter Sunday butchery of worshippers and tourists.

And the serious question asked by the Church is repeated by countless Sri Lankans, Buddhist, Christian, Hindu and Muslim. Were the police and security forces inactive when hordes of scrawny Sinhalese men shouting unspeakable filth went on the rampage for two days, attacking mosques and Muslim shops, despite curfew being imposed? If so, why was this the case? No fog of uncertainty must obscure that core question. Sri Lanka’s Army Commander replied that the forces were thin on the ground in the areas which unexpectedly erupted and that it took time to deploy additional troops to contain the violence. But this explanation is only partly satisfying.

Certainly the Army Commander must be applauded for his urbanely measured responses and refusal to be drawn out on provocatively abrasive questioning with racist undertones by mainstream television ‘anchors’, if these grinning poseurs can be glorified as such. Nonetheless, hard questions must be asked and indeed, with far more emphasis from the police where the command structure remains in confusion with the Inspector General of Police (IGP) on compulsory leave. Transferring one or two officers as punishment will not do. Policemen who stood idle as violence was unleashed, clearly indentifiable in videos taken at the scene, must be questioned in disciplinary proceedings and severely dealt with.

The fact that a political hand (‘deshapalanaya hasthaya’) was behind the violence is undeniable. Spontaneous reprisal attacks against Muslims by Catholics who were the main victims of the Easter Sunday attacks did not happen except for a few flareups in Negombo, the epicentre of the slaughter by jihadists. Later, there was a fracas in Chilaw apparently stemming from a ridiculous outburst on Facebook. Both these incidents were speedily brought under control by the police. Hate speech proliferated on social media but did not translate to major rioting until  Kuliyapitiya, Hettipola and Minuwangoda erupted in prolonged violence.

So why did communal violence take place three weeks after the Easter Sunday bombings and why in areas where the population is not predominantly Catholic or Christian? The presence of notorious agent provocateurs masquerading as ‘protectors’ of Sinhala Buddhism during the rioting provides the answer to that question. It is also no secret that the rioters were backed by powerful political forces, some sinisterly lurking in the shadows. In other words, these ruffians were getting their ragged sarongs in a twist because they were consciencelessly ordered by their handlers with no thought to lives and communities destroyed thereby. These were the same instigators of attacks on Muslims in Digana last year, led by local level ‘Pohottuwa’ (the Rajapaksa-led Sri Lanka Podujana Party) politicians but with tentacles reaching into other political parties as well.

The modus operandi was beautifully simple. Inflame communal passions, drive the country back into fear and create a fertile breeding ground of political instability, enabling power to be opportunistically grabbed or retained as the case may be. That creeping fear has already been created. This week, the blood of Sri Lankans ran cold as the dark underbelly of politically organised communal violence was exposed with people on edge, expecting attacks in other cities, including Colombo. That dread was epitomised in revolting images of a bloodied man in the midst of chanting ruffians who were exhorting people in vehicles passing bye not to take the victim to hospital but to ‘drag him through the streets like a dog.’ It was almost as if time had been suspended at the point of July 1983 atrocities against Sri Lanka’s Tamils.

As Muslims were targeted, the demolishing of wayside fruit stalls and the overturning of small ‘petti kades’ also underscored an ugly paradox. The victims were the poor, barely managing to eke out a living while rich and politically powerful Muslim instigators of islamist fundamentalism went untouched by the law. It was a cycle of impunity in its most vicious manifestation. Outside charred shops in the heart of Minuwangoda town belonging to both Sinhalese and Muslims, the affected standing next to each other cried alike with tears streaming down their faces, blaming attackers who had suddenly swooped down on the town in motorcycle gangs. Then there were those who noticed ‘familar faces’ in the rioters burning shops and houses. Hitherto close-knit communities of Muslims and Sinhalese self-destructed as evidenced in the harrowing stories of helpless victims.

Being apologists for the violence that we deplore

Meanwhile, President Maithripala Sirisena took wing overseas, farcically enough, to attend a dialogue on Asian civilisations even as his people were behaving like barbarians while the Prime Minister and his Ministers competed with the Rajapaksa-led opposition in making political capital from the crisis. And while we are on the subject, the Minister of Finance may be well advised to guard an unruly tongue. His exposition on Sri Lanka not being a Sinhala Buddhist country but a nation where Sinhala Buddhists are in the majority is an admirable sentiment. But need this have been emphasised right now when the country is in an uproar and tempers are at a raw if not unstable edge?

To be clear, the priority is not political grandstanding but addressing the public’s boiling anger at ‘yahapalanaya’ failures in preventing the Easter attacks despite warnings and thereafter not moving against Ministers and Governors implicated in the rise of islamist radicalism notwithstanding stout denials. True, jihadist violence and violence of ‘Sinhala Buddhist’ extremists are sides of the same repulsive coin. That said, those who insist that Sri Lanka’s Easter Sunday attacks emanated from the oppression of the (Sinhala) majority against the (Tamil/Muslim) minority, bypassing the growth of Wahabi-inspired radicalism which has a far more complex origin, must be rebutted with force. Reportedly but unsurprisingly, these include politicians who, on their own part, stayed silent when the Liberation Tigers of Tamil Eelam (LTTE) became persecutors rather than ‘liberators’ of their own people.

This mischievously caliberated propaganda may be reinforced within the comforting echo chambers of social media but that is not a critical mass of public opinion. Indeed this is why islamist jihadism grew so potently under cover of darkness and why various Governments were so spectacularly inept in halting that spread. Denial of that reality makes us apologists for the same violence that we (tokenly?) deplore. Encouragingly, a few Muslim leaders took the lead this week to acknowledge that Muslims must self-critique as to why and how Wahabism infiltrated their communities, even in small numbers. However, introspection is not one-sided. It is not enough that the prelates of the Buddhist chapters issue statements urging restraint. More must be evidenced.

All must introspect, not one community alone

For each of these loathsome animals in human skin who ran beserk, there are decent Sinhalese Buddhists who abhor such doings. But that protest must have force so that these animals together with their opportunistic political backers will crawl back to the dark hiding places of stench and filth which they inhabit. Equally, evangelical proselytising using money as a lure and subverting Jesus Christ’s powerful injunction to gather spiritual riches not wordly wealth, must be condemned.

Without that self-correction, as individuals, as communities and as a nation, only the terrors of the past await Sri Lanka in the future.