Arrest of Ruki F and Fr.Praveen will complicate the search for an honest solution of the National question 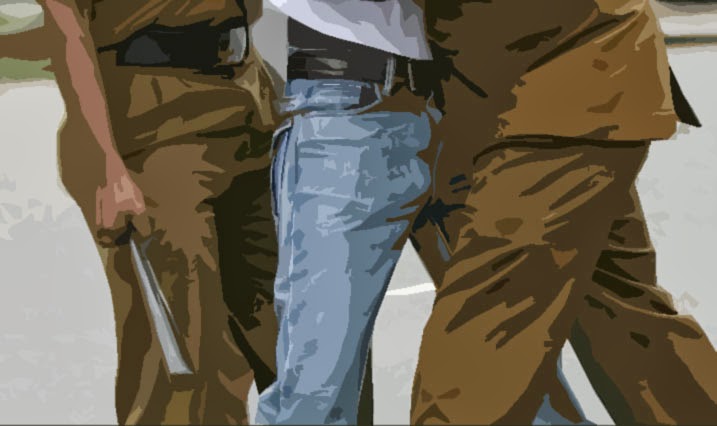 The arrest in Sri Lanka of Rev. Fr. Proveen and Ruki Fernando
We the Catholics of the entire Roman Catholic Diocese of Jaffna, comprising of Kilinochchi, Mullaitivu and Jaffna Districts are sad and perturbed to know from the media that Reverend Father Proveen Mahesan, resident at Amathipuram, an Oblate settlement and Rukki Fernando a Human Rights activist of the South have been arrested in the Kilinochchi area and have since been taken to Colombo for questioning by the TID.

Rev. Fr. Proneen Mahesan omi (Oblate of Mary Immaculate) was the former Director of the Centre for Peace and Reconciliation in Jaffna and was a keen activist promoting Peace, Forgiveness and Reconciliation activities here, going from village to village training especially the children there, in these thoughts and attitudes. In fact he has formed very many volunteers to train and cultivate these considerations and mentality in other children in each area besides those already touched by him.

For true reconciliation, injustices have to be identified or surfaced, victims identified, forgiveness promoted, perpetrators recognized and enticed to repent and seek pardon for their wrong doings.

Thus along with his activities of training children in reconciliation he also collects data about Human rights violations such as extra judicial killings, enforced disappearances, unjust arrests, unending detentions etc.

Similarly, Ruki Fernando too was a real Christian and concerned about justice to all irrespective of religion, ethnicity or cast. Along with his numerous activities, memoranda etc to promote justice to all, he was concerned also about individuals, groups and races denied of their basic and human rights. Being firmly convinced that Sri Lanka can achieve true peace and progress only through the implementation of a just solution to the problems of the Tamils of Sri Lanka, though a Sinhalese by birth, he was a keen defender of the ethnic rights of the Tamils of Sri Lanka and was also a firm defender of those promoting such rights and being victimized for being involved in promoting such rights.

It is reliably reported that a lady’s husband and father of one child had been ‘lost’ through enforced disappearance by the security forces.

They had therefore become keen HR activists in their efforts to relocate their lost one. They had taken part in many demonstrations etc towards this end along with hundreds of others suffering from similar fate.

It is also reported that the residence of this defenceless mother and daughter in Kilinochchi  was unlawfully surrounded by the security forces and the mother subsequently arrested and taken into detention presumably as a threat to all those who take part in such HR activities.

We understand that this priest and Ruki were involved in mercifully investigating into the circumstances surrounding the plight of that defenceless mother and child. As a further threat to such HR Defenders these two too have now been arrested and detained.

We therefore wish to point out that such activities of the security forces will complicate the search for an honest solution of the National question and further expose Sri Lanka to International intervention.

These are two persons who are sincerely involved in the true welfare of their Motherland, however unpalatable they may appear to be to the wrongdoers and anti-national, extremist and lawless elements let loose in this Country.

We therefore appeal to you, as the chief Executive of this Country to cause a sincere evaluation of the events surrounding the present plight of Ruki Fernando and Fr. Proveen and order their immediate release to continue their lawful activities.

We appeal also for the early release of the already victimized mother mentioned above again made to undergo further suffering through unlawful detention, agony and anxiety about her child.