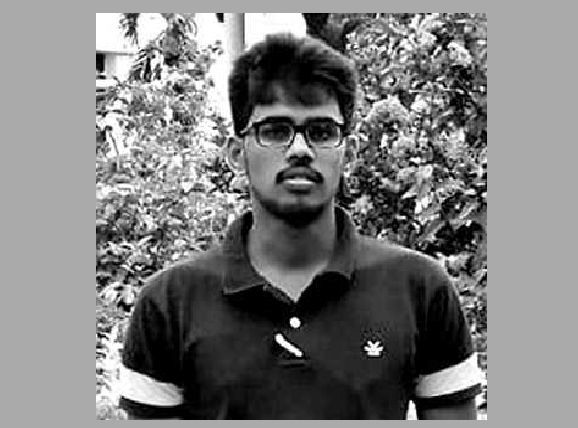 The continued incarceration of 25-year-old poet Ahnaf Jazeem under the Prevention of Terrorism Act (PTA) has drawn serious criticism and concern from fellow writers, Tamil academics and human rights activists.

Jazeem, a resident of Mannar, was arrested by the CID in May 2020 on terrorism charges, on the basis that a book of poetry he had authored in Tamil contained “extremist” messages and had been circulated among young people at a school in Puttalam. The Fort Magistrate has commissioned a report by a team of psychiatrists at the Lady Ridgeway Hospital in Colombo to determine if the contents of Jazeem’s poetry book could adversely impact minors. The report was commissioned based on a rudimentary direct translation by sworn translators.

Dr. Ahilan Kadirgamar, a Senior Lecturer at the Department of Sociology, University of Jaffna who read an electronic version of Ahnaf’s book of verses said the arrest of the poet was “baffling” and worried the case would worsen a ‘culture of fear’ that may stifle future writers

Based on his own reading, there was nothing incendiary about the book that has led to Ahnaf Jazeem’s incarceration by the CID for seven long months, Dr. Kadirgamar noted.

“These were a set of poems by a young man, working through the ideas that shape his world from religion to love. There is no justification for arresting Ahnaf Jazeem for writing this book of poems. Furthermore, such an attack on freedom of expression will only stifle future writers with a climate of fear,” Dr. Kadirgamar told Daily FT.

Young people, he said, should be encouraged to explore, write, read, discuss and debate their worlds critically. “That is the way for progressive change within our communities,” Dr. Kadirgamar added.

Ahnaf’s book of poetry was also cleared by an eminent scholar of the Tamil language and retired Professor of Tamil at the University of Peradeniya, M.A. Nuhman, who famously authored The Murder of Buddha, a poem about the burning of the Jaffna Library in 1981. Professor Nuhman said he had read Jazeem’s tiny anthology of 45 poems after hearing of the poet’s prolonged detention under the PTA and found nothing on extremism in the collection.

“On the contrary, there are several poems against extremism, violence, and war in this collection,” Professor Nuhman said in a statement on Jazeem’s arrest.

Professor Nuhman, a widely respected Tamil scholar, said Jazeem work mostly concerned religious morality, humanism, love and a peaceful life. “How can these sentiments be seen as promoting extremism,” he questioned, adding that the authorities who could not read or understand poetry in the Tamil language may have run away with that notion because there were a few pictures of people in arms depicted in the printed version of Jazeem’s anthology.

Manjula Wediwardena, a journalist, poet and fiction writer also issued a statement harshly criticising the incarceration of the Tamil poet under anti-terror legislation. “The author of Navarasam is the work of a young man of Muslim heritage from Mannar. The Sri Lankan citizen of Muslim origin is at this moment, the cardinal enemy of Sinhalese supremacist society,” Wediwardena said in a bold condemnation of Jazeem’s arrest.

His arrest was another serious manifestation of the violent and repressive policy of ethno-religious hegemony facing minority communities, Wediwardena warned. “This is why I believe Ahnaf’s freedom is part of our common struggle against ethno-religious supremacism, for the freedom of all communities living in Sri Lanka, the writer said.

Human Rights activist Ruki Fernando, who himself was wrongfully detained under the PTA in 2014, said he viewed Jazeem’s detention as another attempt to use the draconian anti-terrorism laws against minorities and free expression.

Fernando told Daily FT that a recent study released by the Human Rights Commission of Sri Lanka had revealed that PTA detainees could spend up to 15 years in custody, without trial. “I have also heard of PTA detainees being acquitted by the courts after 15 years in State custody,” Fernando said, explaining how alleged suspects arrested under the anti-terror law sometimes fell through the cracks of the system.

This may have been Ahnaf Jazeem’s fate too if his case had not been discovered accidentally by Hizbullah’s lawyers in September 2020. But with lower court functions curtailed because of COVID-19 outbreaks across the country, Jazeem’s case has been postponed until March 2021. Jazeem who is a largely unknown entity, has had no legal representation since his arrest seven months ago, activists told Daily FT. His family is finally being connected with lawyers who have agreed to take over his case, after reports surfaced about his detention.

Dr. Kadirgamar, who teaches at the Jaffna University said that on hearing of Ahnaf’s detention he recalled hearing from a friend in Mannar that Muslim youth had burned their books including the biography of Che Guevera and ‘The Broken Palmyrah,’ out of fear they would be arrested for reading such material.

“Is this the kind of society we want to build, where youth fear writing and even reading books? Is this not the path to cultural fascism?” Dr. Kadirgamar asked.