Arrest of HRDs in Sri Lanka:Repeal the Prevention of Terrorism Act (PTA) ; Charge or release all others 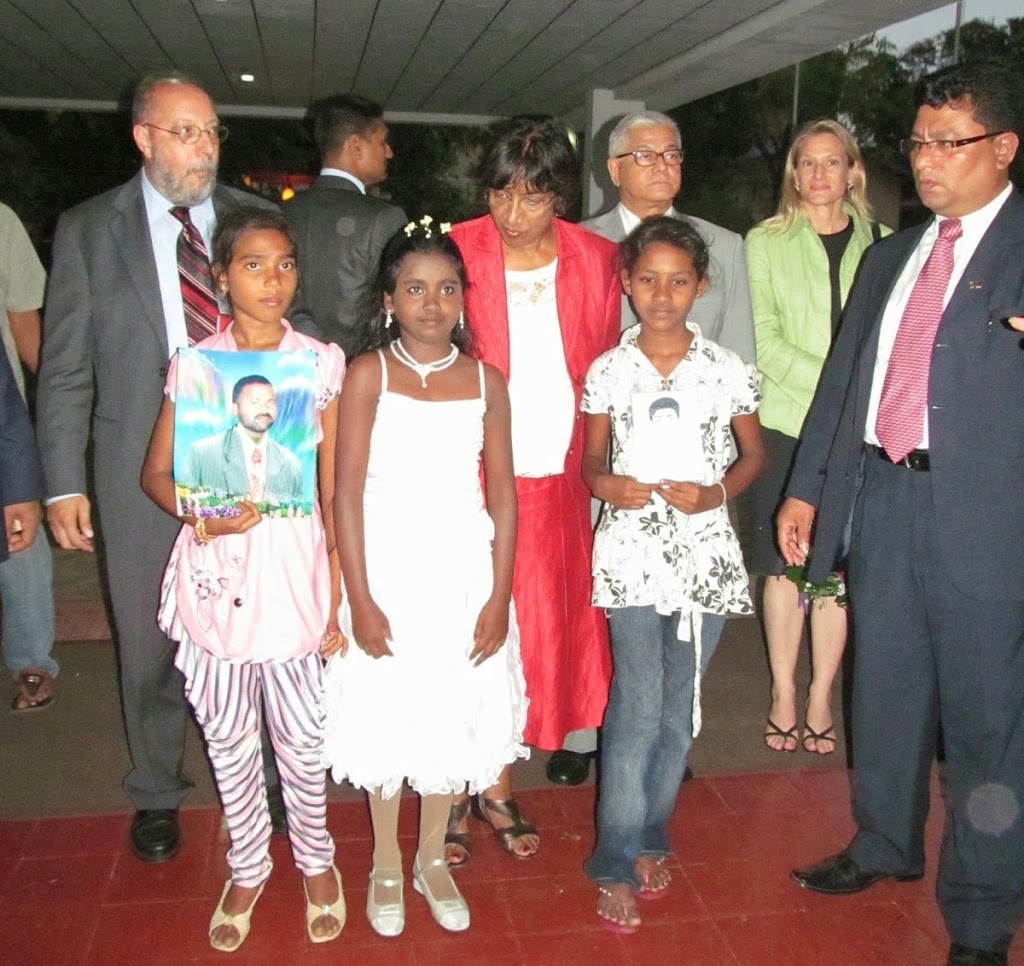 – Ensure their right to equality before the law, freedom from arbitrary arrest and right to due process, which includes the right to legal representation and visits by their family members

– Ensure the safety, and physical and mental wellbeing of those currently held in detention including access to medical care

Photo: United Nations High Commissioner for Human Rights Navaneetham Pillay is being welcomed by Vibhushika Palendran (whose two elders brothers were killed in the war, and the third brother has gone missing after surrendering to the security forces towards the end of the war), along with two other girls, to an event to mark the International Day of the Disappeared