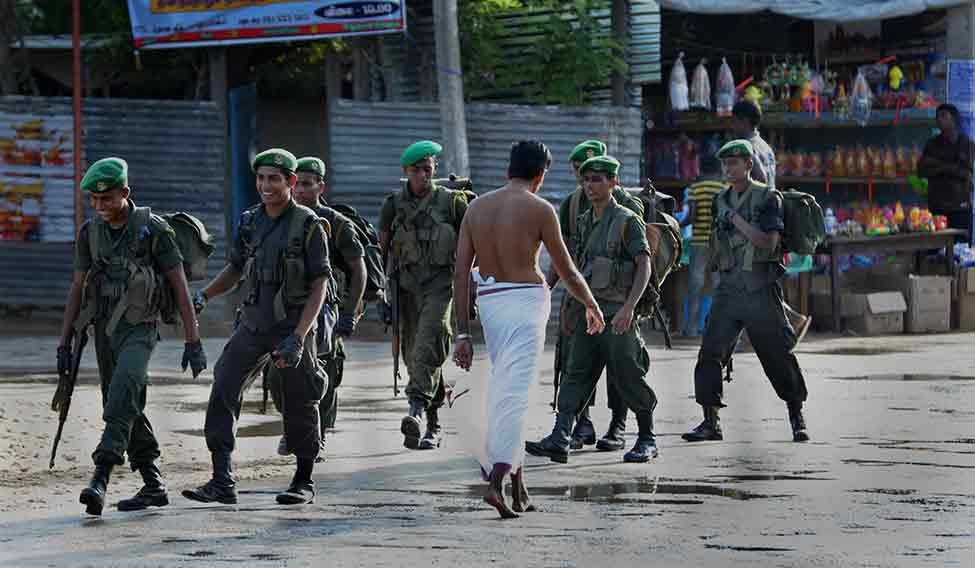 Alleging that the army continued to hold about 85,000 acres of land in the North, Northern Province Chief Minister has sought the intervention of most Ven. Tibbatuwawe Sri Siddhartha Sumangala Thera of Malwatte Chapter to shift troops out those lands, reports The Island.

CM Wigneswaran  has told  that only about 5,000 acres had been so far released to their original owners.

Further the Chief Minister placed the strength of the army deployed in the Northern Province at 150,000. Asserting that there was no requirement to maintain such a large force in the Northern Province, Wigneswaran has called for their removal.The Mahanayake thera had told the CM to make representations to President Maithripala Sirisena as he could solve the problem.

The prelate emphasised that the army could not be removed from the Northern Province, according to the Island.

Wigneswaran has told the  Mahanayeka that there were at least 89,000 widows in the north as a result of the war. Rehabilitated LTTE cadres were unemployed as employers were reluctant to hire them.

Asked by the media for his views regarding war crimes allegations Field Marshal Sarath Fonseka recently levelled against former Army Commander General Jagath Jayasuriya, Wigneswaran had said that minister Sarath Fonseka might have had legitimate reason to make that statement. What he said might be true. The matter should be investigated, he said.