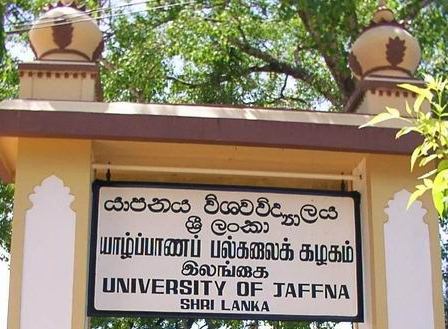 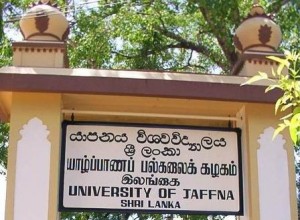 Kumar David
Let there be no doubt about it; the military entering Jaffna University, framing allegations and incarcerating Tamil students is intended to send a chilling and brutal message to all Tamil dissent. “We have crushed you once, don’t dare raise your heads again; we will do it again. Learn your place as second class citizens of Lanka; a new social order has been defined. Live with it!” The reconciliation and rebuilding covenant that Rajapaksa tried to sell to the international community has caved in; the age of another round of ethnic conflict is opening up.

Let’s get the facts on the table as far as known; and I rely on sources that are credible. It all started when Tamil students in the University decided to commemorate their war dead which undoubtedly included many LTTE cadres – so what! – and chose to do so on Heroes’ Day. The military intervened and broke up the commemoration, not because there was any disturbance of the peace, but because Tamils were commemorating their war dead and LTTE cadres were among the fallen. So the Sinhala-Buddhist state is going to lay down to the Tamil people who and what they are allowed to commemorate! This is the quintessential definition of racial oppression.

I am tired of explaining that I am not and have never been a LTTE member or sympathiser, despite Sinhala chauvinists attempting to pigeon hole me thus, most recently subtly assisted by Vasudeva Nanayakkara, but that I am most vehemently opposed to the Sinhala-Buddhist state laying down how the Tamils should conduct their lives, I have never hidden. This is the essence of what has happened on Jaffna Campus; the Sinhalese will decide who and what the Tamils are allowed to commemorate or celebrate. It’s just one step short of the army deciding how the Tamils should think.

The defence establishment is now arm twisting the staff to commence lectures although students are on strike till their colleagues in detention are released. The defence establishment (I do not want to quote names until I am able to get verification) has decided that detained students must undergo rehabilitation. This was not decided by a court of law, this was a unilateral decision of the military without sanction of any judicial process. The Rajapaksa government is quite prepared to play fast and loose with due process whether it be impeachment of a Chief Justice or forced indoctrination of university students with no process in law to justify its arbitrary actions in either case. It is palpably clear that Tamils will not be allowed to conduct their affairs, in their areas of domicile, free of military coercion and a Sinhalese dictate, for many more years and for so long as the Rajapaksa regime rules Sri Lanka.

The chauvinism of the government and the military repression are taken as given, but what to my mind is most disturbing is the neglect and indifference of the Sinhalese public and the English language and Sinhalese media, without exception. This is where the roots of future ethnic dynamite lie dormant, but for how much longer? The same has to be said about the fires of anti-Muslim pogroms being stoked by dark forces, while press and public play blind-man’s-buff. Even the SLMC is more interested in protecting its cabinet posts and perks than in what may happen to the Muslim people, so it won’t make trouble for Rajapaksa or make a fuss about the issue.

Letter from over 100 lecturers

It began with the Army entering the students’ hostels on November 27, ostensibly to prevent the lighting of flames. The occasion had a political association that has polarized society and the community needs space to discuss its significance and to sort out its own differences. Default on the part of the Government through continued presence of the military without tangible moves towards a political settlement, has helped the mobilisation of youthful feelings to turn it into a day of defiance, where its original association becomes less important. The Army entering the halls, separating the Sinhalese from the Tamil students and showing hostility to and even threatening the latter has serious implications for the future.

The demonstration on the following day, 28th, was a protest carrying slogans that were well within the norms of democratic protest. If the students had been allowed to walk the short distance from the main entrance on Parameswara Road and re-enter by the Science Faculty entrance nothing untoward would have happened. Rather than calm the situation matters were made worse by the Police physically attacking the students.

The same night a petrol bomb exploded at the Sri-TELO camp behind the University. Security around the university, including by several agents in mufti, had been very tight and we find it puzzling that the perpetrators got away scot-free. Even more remarkable is that Kopay Police was able to come up with names of four persons to arrest over the incident, which evidently no one had given them. We are confident that these students had nothing to do with bomb throwing. Two were arrested at their homes before the night was out and two were handed over by the University authorities the following day. They were all detained under the PTA and taken to Vavuniya.

There were several acts of harassment in the University by persons in mufti and the interrogation of an assistant lecturer over the phone over his casual reference to heroes’ day in response to a text query by a Sinhalese student. These reveal an attempt to tackle a political question through heavy handed intimidation. Instead of putting an end to the insanity, more followed.

On the morning of December 6, the university administration was given a list containing names of ten persons to be produced at the Jaffna Police Station, without any intimation of the reasons or the charges against them. The news shocked the university community and parents were distraught. A study of the list convinced us that all these students were wanted only because they were well known as prominent in student activities.

The war is long over and the PTA is most inappropriate to deal with questions that are political in nature. To see terrorism in political gestures and political opinion that do not take recourse to violence and to respond to them by an overwhelming show of force, is both illogical and counter-productive. There is now no anti-state terrorism in Jaffna. An important part of consolidating peace is for the State to conduct itself in a manner that induces respect for the rule of law. Of immediate concern to the University is that in 2011 student leaders were twice attacked and grievously injured by men wielding metal rods. The reasons were entirely political and they had not committed any crime. The Police showed no interest in arresting the culprits. Now using the petrol bomb explosion as a pretext the Police seem determined to detain and harass student leaders and those active who had nothing to do with the bomb.

The result is to cause considerable fear, anxiety and trauma among the students. More importantly dragging innocent students through police stations and police cells, as happened in the 1970s and 1980s, hardens them and breeds contempt for the law and for the officers entrusted to uphold it. Where there should be trust and co-operation there is fear, resentment, and then defiance. Surely, we do not want the consequences of that again.

The purpose of reproducing portions of this letter is not because I suffer from illusions that the political leadership or the military authorities will take any notice of it. It is the hope that some sections at least of Sinhalese opinion will respond that motivates me
IS