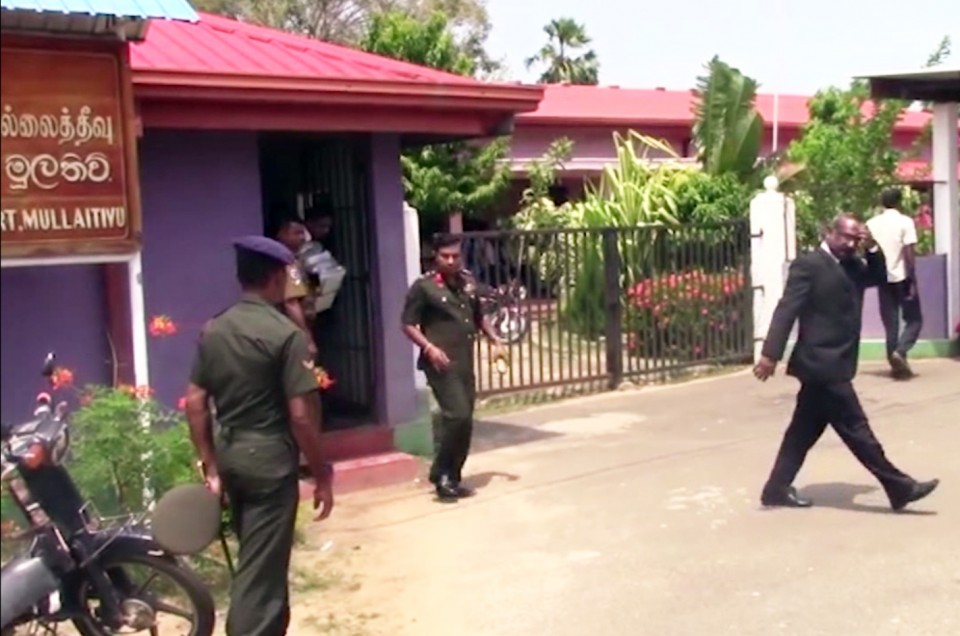 Sri Lanka Army has contradicted its own admission in a Court with regard to the list of names of Tamil Tiger rebels, who had surrendered to the army during the final few days of the war in May 2009 and gone missing since then.

Major General Chanayaka Gunawardena, the General Officer Commanding of the Army’s 58th Division continued to give evidence on Thursday, when the writ of habeas corpus filed by Northern Provincial Councillor Ananthy Sathisaran, the wife former LTTE political commissar Sinnathurai Sasitharan, and four others was taken up for hearing by the Mullaitivu Magistrate’s Court.

Maj.Gen Gunawardena, who during the hearing on February 17, 2016, admitted in the same Court that the army was in possession of a list of people who surrendered in the final three days of the war, has denied existence of any such list on Thursday.

Lawyer K.S Ratnavel, who represents the interest of the victims said that Maj.Gen Gunawardena had in fact submitted a document which was later found to be the list of persons who had been rehabilitated and integrated into the society and that document had been prepared by Commissioner General of Rehabilitation.

“Today he was confronted with that and he flatly denied there is any contemporaneous document. This contradicts his earlier statement to the Court,” Lawyer Ratnavel said.

“So, at the moment, the army has gone back on its word that they will submit the record which has the named and details of those surrendered,” he said, adding that the Court now has to furnish a report about the inquiry and submit it to the Vavuniya High Court.

Next date of hearing for this case is November 22 and both parties will make written submissions.

Altogether 12 cases were referred to the Mullaitivu Magistrate Court, of which five have now been concluded. The inquiry into the seven set of cases is expected to begin in due course.

Several hundreds of LTTE cadres, and several thousands of Tamil civilians, handed themselves to the army’s 58 Division during the final days of the war. But the fate of many those surrendered remain unknown even seven years after the end of the war.