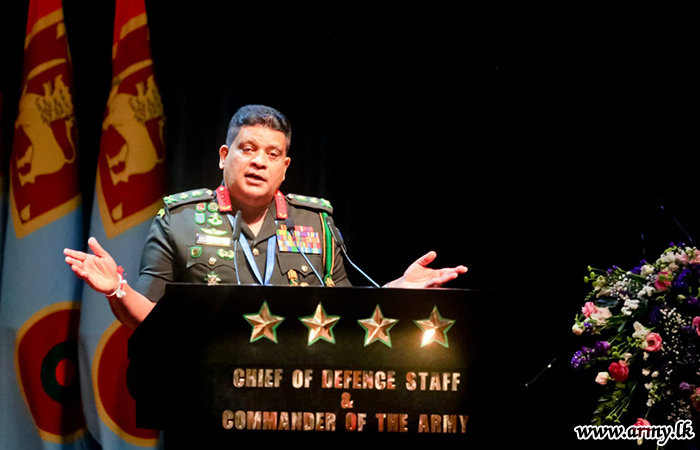 The President met his Buddhist Advisory Council on 22 January. It includes Ven. Vendaruwe Upali thero of “be a Hitler” fame. The assembled clergy commended him on a job well done, with a senior monk likening his responses to criticism, to that of a war-elephant who casually brushes off the arrows that strike him.

For his part the President assured the venerable clergy that the main reason he was elected was for “the protection and preservation of the Sinhala-Buddhist heritage and giving that heritage a pre-eminent position, which cannot be rolled-back”. He went on to list the Sinhala-Buddhist heritage sites he had restored and protected, making special mention of the participation of large numbers of the armed forces and the Civil Defence Force in that task.

In reality, how is the Sinhala-Buddhist majority faring? The level of material hardship in everyday life that the majority of the people experience, is eerily reminiscent of the situation in countries which have been hit by sanctions. Sri Lanka hasn’t, but if you didn’t know it, you’d think it was. In Sri Lanka, the sanctions have been imposed on the people by its own Government or more specifically, its elected leader.

Renegade ex-SJB MP, Diana Gamage argued ferociously that the Parliament should use its two-thirds majority to extend the term of the President and itself by two years, to make up for the loss of an equivalent period due to COVID-19. One shouldn’t take this seriously except for the fact that the President mentioned something similar, which was reported by the Presidential Media Division.

Evidently, he was accosted by a youth during his visit to the Temple of the Sacred Tooth Relic, who made the same suggestion—indeed the youth pioneered the idea. The President had later remarked—humorously, one hopes—that the youth should be made a Presidential Advisor. He followed this up by reassuring the public that he would make up for the ‘lost years’ in the three years that remain of his legitimate term.

The referendum idea was contemptuously dismissed by ex-President Maithripala Sirisena, which puts paid to the possibility of a two-thirds majority in Parliament.

Could there possibly be a far more serious Plan B flickering on the horizon? In my previous column, I drew attention to the “first ever” leadership training program for midlevel military officers which spoke of the “management” of “contemporary national requirements”. The full report on the Army website contains even more telling phraseology.

The Chief of Defence Staff and Army Commander Gen. Shavendra Silva, said in his welcoming remarks: “Our Armed Forces have always been at the forefront of fostering peace, security and prosperity of our country amidst many turbulent environments…” (OCDS-Conceptualized Symposium for Middle-Grade Officers of the Armed Forces Inaugurated | Sri Lanka Army)

The Sri Lankan armed forces have certainly been at the forefront of securing peace and security, but “prosperity”? Ronnie de Mel and Mahinda Rajapaksa would surely guffaw. The Sri Lankan armed forces have never been engaged in, leave alone in the forefront of, securing “prosperity”. That has been the proper province of the elected leaders, governments, the economic bureaucracy, the business community and the working people of this country.

Having made the specious claim concerning “prosperity”, when the Army chief goes in the very next sentence to assert that: “This proven [sic] capacity and capability have made a point that our Armed Forces are called upon to assist the nation whenever the country is at stake, irrespective of the nature of the challenge…” (ibid)

Regarding “prosperity” the capacity and capability of the Armed Forces are hardly “proven”. Note the phrase “irrespective of the nature of the challenge”. This is a dangerous conceptual “mission creep” and seems to include the task of securing “prosperity”.

This must be read together with the rest of the Army chief’s remarks. He says: “The theme has been arranged to explore, discover and construct the characteristics that a modern-day military leader must possess in executing his tasks going beyond the primary role.” (ibid)

The key phrase here is “going beyond the primary role.”

The note on the Army website goes on to say: “…Today’s ‘Armed Forces’ Middle-Grade Officers’ Leadership Symposium’ during its three main sessions under thematic “Military Leadership in the Contemporary World: Evolving from a Warrior to a Friend in Need” is scheduled to discuss and focus largely on sub-themes…” (ibid)

Military leadership is a legitimate topic and an empirical fact, e.g., the Army commander leads the army. But what on earth is meant by “Ideal Military Leadership ‘Model’?” Is it the ideal model of leadership of, for and in the military? Not when it reads “Ideal military leadership model desired by Sri Lankan society”.

When does Sri Lankan society get to vote on an ‘ideal military leadership model’? When is it even consulted? According to the constitution of Sri Lanka, a democratic republic, whatever the ‘ideal military leadership model’ is, is decided ultimately by the Commander-in-Chief, i.e., the President elected by the people, the repository of sovereignty.

Is a ‘military leadership model desired by Sri Lankan society’? Says who, where, when? Isn’t the very discussion of such a topic or ‘sub-theme’; the very consideration of the idea itself, not violative of the letter and spirit of the Sri Lankan Constitution and profoundly subversive of the foundation and ethos of our democratic republic?

Secretary/Defence General Kamal Gunaratna was present throughout, addressed the gathering, received a memento from the Army chief and posed for a group photograph. The military and ex-military brass among “the distinguished scholars contributing to the sessions” were the Chief of Staff of the Sri Lanka Navy, the Director General State Intelligence Service, and the Secretary to Ministry of Industries who is a former Commander of the Army.