Are we witness to a new and ugly chapter? 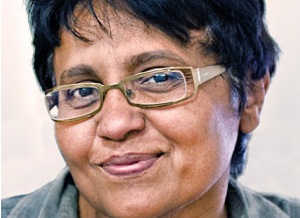 The final chapter of the opening act of the impeachment motion saga was written, signed and acted out last week. And it seems work on a new and uglier act has already begun.

The final chapter saw the government juggernaut bulldozing its way to the pre-ordained conclusion. That the actions contravened the rulings and opinions of both the Supreme Court and the Court of Appeal were of little consequence, as Parliament voted as was to be expected, and the President followed suit without missing a single beat. And so Chief Justice, Dr. Shirani Bandaranayake, was sacked and a new Chief Justice appointed, all in a matter of less than 72 hours.
Also on cue, Mohan Peiris, the former Attorney General, the Legal Adviser to the Cabinet of Ministers, and the President’s ‘yes man’, who was appointed the new Chief Justice, took his oaths and as his first administrative action, nullified the transfers effected by the ousted Chief Justice.
And now the next act is being written in all earnestness, this time by the government goons and a group identifying themselves as the patriotic taskforce. The storyline for now seems to be threats and intimidation.
With everyone who spoke out against the impeachment process being deemed traitors, the second act does not come as a real surprise. But the disconcerting note is it is being enacted in the backdrop of a severely mangled rule of law situation, which makes seeking recourse in the law, a dicey prospect.
As reported in the media this week, lawyers, those representing the ousted Chief Justice, and protesting the impeachment action in the interest of the independence of the Judiciary, have all received threatening letters, naming them as “traitors who are opposing the enjoyment of the victory over the war against terror and warning that drastic actions would be taken to silence them.”
Among the lawyers who have received threatening missives and calls are Romesh de Silva PC, a former President of the Bar Association of Sri Lanka (BASL), who led the legal team which represented Dr. Bandaranayake in all forums during the impeachment saga, Jayampathi Wickremarathna PC, who was formerly the senior consultant in the Constitutional Affairs Ministry and is a well-known constitutional lawyer who submitted a petition to the Court of Appeal opposing the impeachment, M.A. Sumanthiran, MP from the Tamil National Alliance (TNA) and an active member of the legal team which represented the CJ, J.C. Weliamuna, a prominent lawyer, an active member of the Lawyers’ Collective and an internationally known human rights campaigner and Upul Jayasuriya, a renowned lawyer who has no fear of expressing his honest and candid opinion about the government’s misdeeds in general and any attack on the Judiciary in particular, and who is running for President of the BASL in the February elections.
Dr. Bandaranayake herself said she decided to leave her official residence as she feared harm and injury to her life would visit her, had she decided to stay on there. A demonstration organized by the lawyers at Hulftsdorp came under attack by men and women armed with clubs and knives on the day the Parliament began the debate on the impeachment motion.
It seems the malicious wheels of the government are rolling relentlessly in their bid to grind every blade of resistance under them. Any kind of protest is portrayed as a conspiracy against the government and its heroes who freed the country of terrorism at enormous sacrifice.
A submissive Parliament and an ineffective Opposition cannot stop the onslaught. The problem is compounded by the ambivalent conduct of the Leader of the Opposition who is observing political silence. When the Opposition is muted, the only din that is audible is that of the ‘so-called’ supporters of the government. This is manifest every morning over the Sri Lanka Broadcasting Corporation (SLBC) both in Sinhala and English, which begins the morning with a one-hour vitriolic propaganda attack on those who are identified as ‘enemies of the people’. These propaganda attacks, as the Asian Human Rights Commission (AHRC) pointed out recently, are a preparation for physical attacks.
Such callous disregard for law and order, such naked suppression of free expression of thought, such defiling of fundamental human values, cannot go unnoticed. The consequences of such a cowardly response would, in the long-run, be catastrophic.

A civilized nation is judged not on how it’s treating her supporters. She is judged on how she is treating her adversaries.
(The writer is the editor of the Ceylon Today)
Share
Facebook
Twitter
WhatsApp
Pinterest
Email