Appointment of General Shavendra Silva: Essential to deal with allegation of war-time violations. 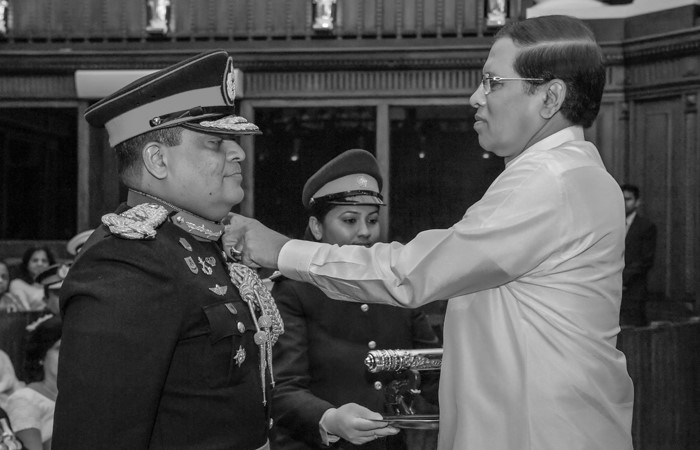 The elevation of General Shavendra Silva to the position of commander of the Sri Lanka army has become a matter of national and international controversy.   The Tamil National Alliance has protested against this decision as has the UN Human Rights High Commissioner and the diplomatic missions of the United States, Canada and the European Union.

The controversy swirling around this matter brings into focus the need for a process to bring the allegations of what happened in the last phase of the war to a rest.  Until this is done, there will be a cloud hanging over the country internationally which can suddenly manifest itself as a thunderstorm as this appointment has done.

The National Peace Council calls on the government to revive the process of dealing with the past in a manner that meets the concerns of the Tamil polity, the international community and the victims of all communities who trusted the process and had hoped that an effective and impartial inquiry into the allegations would take place and bring a closure to the allegations in the interest of everyone concerned.

Until the question of the past is settled, the Tamil polity will remain separate from the rest of the country and this will be festering sore in the body politic. The government has acknowledged these concerns and agreed to probe the truth of these matters and hold those found guilty accountable through UN Human Rights Council resolution 30/1 of 2015.  This inquiry can and should include earlier phases of the war and not only the last phase.