Any deviation from the path towards a political solution will spell doom to all Sri Lankans – M.A. Sumanthiran. MP- TNA 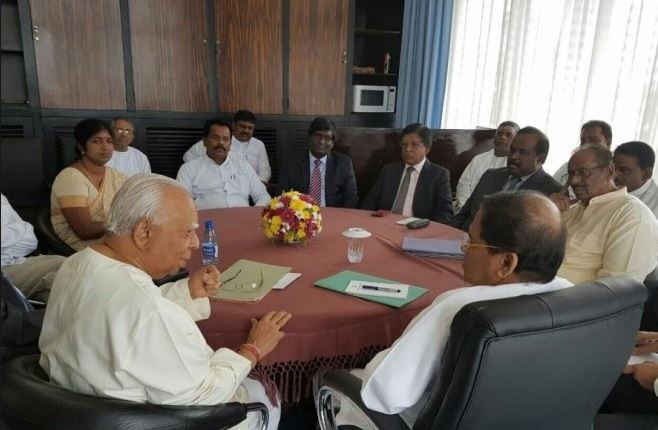 ” The last 30 years have seen the country making such positive efforts towards resolving issues that have plagued it since Independence by meaningfully acknowledging the plural nature of our polity. We still have some distance to go, and that is the direction we must continue in if the country is to prosper. Any deviation from that path will spell doom to us all”  Tamil National Alliance spokesperson MP Sumanthiran told the  Parliament today,( 07.01.2020)

The Statement on Government Policy as laid out by His Excellency Gotabaya Rajapaksa on the 3rd of January 2020 is one that needs to be discussed very seriously as it signals an important paradigm shift from the general direction successive governments have pursued in the last three decades. 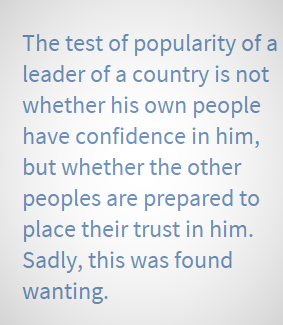 November 16th 2019 gave the President a decisive victory. But what is troubling about this big victory is that no community other than the majority Sinhala Buddhist people of this country were prepared to repose any confidence in him. I am not saying this to cast any aspersions on the President himself, but only in order to flag a very important factor that we cannot ignore if we are serious about national reconciliation and moving forward as a country. The test of popularity of a leader of a country is not whether his own people have confidence in him, but whether the other peoples are prepared to place their trust in him. Sadly, this was found wanting. The President himself showed that he is conscious of this fact, in the two comments he made after his victory. His Excellency spelt this out at his oath taking ceremony at Ruwanwelisaya when he acknowledged this fact but very correctly added that he is President for the whole country – even of those who did not vote for him. We expected His Excellency to take steps to breach this gap by recognizing that our country is rich in diversity with people of different races, religions, languages and cultures. The equal status of each of these peoples is not dependent on their respective numerical strength. This principle must be acknowledged if our democracy is to survive and indeed flourish, and not regress into naked majoritarianism. Regretfully, in his address to Parliament on 3rd January 2020 the President has articulated such a regressive position. It was this kind of regressive mindset on the part of the leaders of this country that gave rise to a conflict which resulted in armed hostilities that raged for more than three decades.

Our party, the Ilankai Thamil Arasu Kadchi, better known as the Federal Party in the early years, was born as a result of the passage of the Citizenship Act and in the Indian-Pakistani Citizenship Act, which disenfranchised nearly 800,000 people who had 7 Members in the first Parliament. This was said to be the will of the majority which took away the most basic right of a citizen – in fact, their citizenship itself. The people of this country must understand that the necessity for a political party based on race – the Ilankai Thamil Arasu Kadchi – was this rank majoritarian act by the first Parliament of Independent Ceylon.

In 1956, we saw further manifestation of majoritarianism in this country when the Official Languages Act recognized Sinhala as the only official language. Violence against the Tamils of this country was used when our leaders protested through a peaceful Satyagraha campaign at Galle Face Green, which later expanded to periodic pogroms.

When the first Republican Constitution was being drafted, our party sought to correct the injustice relating to language. J.A.L Cooray in his treatise ‘Constitutional and Administrative Law of Sri Lanka (Ceylon)’ at page 81 says:

“on 28 June 1971 the Constituent Assembly adopted by 88 votes to none (10 declining to vote) the Basic Resolution regarding the language of legislation, namely that ‘All laws shall be enacted in Sinhala and that there shall be a Tamil translation of every law so enacted’. The amendment proposed by the Federal Party that ‘Sinhala and Tamil should be (a) the languages in which laws shall be enacted, (b) Official Languages of Sri Lanka, (c) the languages of the Courts and d) the languages in which all laws be published’ was rejected by 88 votes to 13. After the debate and division on the Amendment, Mr. S.J.V. Chelvanayakam, the Federal Party leader made a statement in the Assembly. He said that as the language rights of the Tamil speaking People were not satisfactorily provided for in the proposed Constitution no useful purpose would be served by their ‘continuing in the deliberations of this Assembly’. He went on to say that after the adjournment on that day they would not come back to the Assembly”.

Our Party’s efforts were in vain and a majoritarian Constitution was enacted in 1972. This was repeated in 1978 when the Second Republican Constitution was enacted. It was only after the events of Black July 1983, when scores of unarmed Tamil civilians were killed across the country that India used its good offices, which was accepted by the Sri Lankan Government, to turn the tide and begin to correct the historic injustices against the Tamils. In 1987 the country turned towards the right direction, started acknowledging the diversity of its peoples by amending the Constitution. Provincial Councils were established so that those peoples who are numerically in the minority can exercise at least a measure of governance in the peripheries. Tamil was also made an official language along with Sinhala.

These first steps enabled us to re-enter the national life from which we had, until then, been excluded. Successive governments thereafter took further steps in this direction in order to fully settle the Tamil National Question: The Mangala-Moonesinghe Parliamentary Select Committee process under President Premadasa, the several proposals culminating in the Constitution Bill of August 2000 under President Chandrika Bandaranaike-Kumaratunge and the APRC process under President Mahinda Rajapaksa. During the final battle with the LTTE President Rajapaksa’s government repeatedly assured India and the rest of the international community that the Tamil National Question would be politically resolved after the war by means of greater devolution. The assurance given to India on at least 3 occasions was to ‘implement the Thirteenth Amendment in full and build upon it so as to achieve meaningful devolution.’ Full implementation of the Thirteenth Amendment also includes the full implementation of Tamil as an Official Language.

After the Sirisena- Wickremasinghe government took office in 2015 a Resolution was passed unanimously in this House on 9th March 2016 to convert this House into a Constitutional Assembly. A great amount of work has been done by the Steering Committee and the several Sub Committees with the full participation of all the parties in Parliament including the UPFA. We have fully co-operated in this effort in order to finally settle this issue for the betterment of the country. Our people are still ready and willing to settle this question on the basis of a united, undivided, and indivisible country that recognizes the diversity and equality of its different peoples. To this end we welcome the President’s proposal that a new Constitution be enacted.

The last 30 years have seen the country making such positive efforts towards resolving issues that have plagued it since Independence by meaningfully acknowledging the plural nature of our polity. We still have some distance to go, and that is the direction we must continue in if the country is to prosper. Any deviation from that path will spell doom to us all.

I have heard many people close to the present government talk about the example of Singapore and how Singapore prospered while achieving national harmony among its citizens. Singapore is a great example, if we do not pick and choose what we like to see. It has 4 official languages and they sing their National Anthem in Malay, who are 15% of their population. Perhaps it is instructive to listen to Lee Kuan Yew, the father of modern Singapore:

“Ceylon was Britain’s model Commonwealth country. It had been carefully prepared for independence. After the war, it was a good middle sized country with fewer than 10 million people…When Ceylon gained independence in 1948, it was the classic model of gradual evolution to independence.

Alas, it did not work out. During my visits over the years, I watched a promising country go to waste. One-man-one-vote did not solve a basic problem. The majority of some eight million Sinhalese could always outvote the two million Tamils who had been disadvantaged by the switch from English to Sinhala as the official language. From having no official religion, the Sinhalese made Buddhism their national religion. As Hindus, the Tamils felt dispossessed”

“From Third World To First – The Singapore Story: 1965-2000″ published in 2000 by Times Media Private Limited and The Straits Times Press.