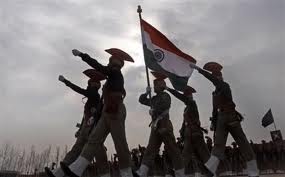 V Suryanarayan.
Colombo is witnessing anti-India demonstrations in an unprecedented scale. Chauvinist elements among the Sinhalese demonstrated outside the Indian High Commission, shouted slogans against prime minister Narendra Modi and Tamil Nadu chief minister Jayalalithaa and demanded that India should stop interfering in the internal affairs of Sri Lanka.
The demonstration was spearheaded by the National Freedom Front, a chauvinist Sinhala organisation which is a partner in the ruling coalition government.

The outburst was an expression of Sinhalese indignation. They felt betrayed when Modi requested Mahinda Rajapaksa to fulfill his repeated assurances about the speedy implementation of the 13th Amendment.

The invitation to the heads of states of neighbouring countries to participate in the PM’s swearing-in ceremony was a welcome departure from past precedents. It was a clear message that New Delhi is keen to mend its fences and usher in an era of stability and progress in South Asia. But it takes two hands to clap. On his part, the Indian prime minister gave sufficient evidence that he was willing to extend his hand of friendship to all neighbours.
Rajapaksa was naturally elated with the invitation. He wanted to include all ethnic groups in his delegation and invited Wigneswaran, chief minister of the Northern Province, to be a member. Wigneswaran declined, he did not believe in tokenism. If he joined the team, Colombo can cite it as an illustration of the spirit of camaraderie among various ethnic groups. The Sri Lankan government was happy that the invitation was extended despite strong opposition by Jayalalithaa, Vaiko and other Tamil Nadu leaders. This, according to Colombo, was an illustration that the BJP, which got a majority on its own in the Lok Sabha, will not succumb to pressure from Tamil Nadu. What is more, the Sri Lankan High Commission in New Delhi had been able to win over few BJP leaders to their point of view on ethnicity and nation-building.
Minister for external affairs Sushma Swaraj had been developing her expertise in international affairs. Two years ago, as the Leader of opposition in the Lok Sabha, she led an all-party delegation to Sri Lanka. Before her visit she familiarised herself with the complexities of the ethnic issue and the Indian stakes involved not only by briefings from the mandarins of the South Block, but also in-depth discussions with Sri Lankan specialists in academia and think tanks. Her visit did not turn out to be a conducted tour. What further endeared Sushma to Sri Lanka watchers was the fact she found time to visit the hill country to exchange views with a cross section of Indian Tamils. She became sensitive to the reality that as a non-territorial minority the future of Indian Tamils can be guaranteed only if there is devolution from the provinces to the Pradeshiya Sabhas.
According to media reports, the Indian prime minister was forthright in his comments. He asked: why is there no progress in ethnic reconciliation? According to media briefing by the Indian foreign secretary, Modi requested Rajapaksa to expedite the process of national reconciliation in a manner that fulfilled genuine aspirations of the Tamils. He added that early implementation of the 13th Amendment and going beyond would contribute to this process.
The emphasis on the 13th Amendment and going beyond it was a direct offshoot of New Delhi’s disenchantment with the Lankan government. In order to get Indian support to the war against terrorism the Sri Lankan leaders repeatedly assured that Colombo would implement the 13th Amendment and even go beyond it. But in actual practice they were undermining the amendment. The merger of the north and the east has been undone by a judicial pronouncement. By establishing divisional secretariats, Colombo is running a parallel administration in the provinces. Wigneswaran has said even he cannot have a chief secretary of his choice to head the administration in the Northern Province.
Explaining Colombo’s version of what transpired in New Delhi, Prof. G L Peiris said he had explained why police powers cannot be given to the provinces. It is necessary to remind ourselves that Peiris was minister for law during the Chandrika Kumaratunga regime when he was passionately advocating substantial devolution of powers to the provinces. At the India-Sri Lanka Consultation on Devolution, he remarked: “In fact, we have no devolution at all. Decentralisation, yes, local government, yes, devolution, no.” Chandrika’s proposals for a union of regions and the draft constitution of 2000, which go far beyond the 13th amendment, are testimony to Peiris’ legal acumen. Sri Lanka should build on these foundations and usher in a new political system, which should not only provide for substantial devolution of powers to the provinces, but also have iron-clad guarantees that devolution shouldn’t lead to demand for separation.
India has vital stakes in the unity and territorial integrity of Sri Lanka. At the same time, New Delhi is keen that negotiations between the government and the TNA should resume immediately. The present stance of the Sri Lankan government is that the parliamentary select committee will suggest ways and means to solve the ethnic imbroglio. If the Indian experience has any meaning, ethnic insurgencies have been solved, whether in Punjab or in Mizoram, as a result of direct negotiations between New Delhi and affected parties. In the parliamentary select committee, the TNA will be a miniscule minority; it can be outnumbered and outvoted by brute Sinhala majority.
The Sinhalese leaders do not realise the fact that India alone can assist Sri Lanka in the present moment of deepening crisis. In the last Human Rights Council meeting in Geneva, India abstained from voting because New Delhi is strongly opposed to international investigations on human rights violations. What New Delhi had been advocating is the institution of a credible domestic mechanism to enquire into human rights violations and punish the guilty. Sri Lanka can ill afford to defy the world. By pursuing a policy of defiance, Colombo has already antagonised the United States and the European Union; it is cosying up to China and Pakistan, who follow a foreign policy of opportunism and cynicism and, what is more, Colombo is burning bridges with India. There is a Sanskrit saying, which explains succinctly the present tragic predicament of Sri Lanka: Vinasakale viparidha buddhi (In times of adversity, intelligence goes astray).
(New Indian Express)
Share
Facebook
Twitter
WhatsApp
Pinterest
Email