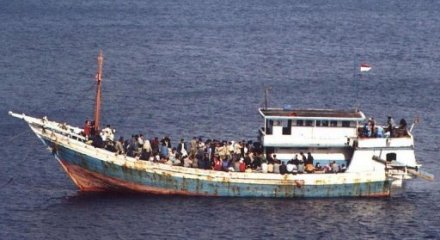 Chris Bowen. Photo: Edwina Pickles
THE Refugee Council of Australia’s chief executive has called on the government to urgently halt the forced deportation of Sri Lankan asylum seekers.
Paul Power said there was compelling new evidence that members of the group were forcibly returned and denied the opportunity to have their claims for protection assessed. On Thursday, Fairfax Media revealed that members of the group sent back to Colombo and jailed had said the Australian government had not properly investigated their claims for protection.

Mr Power, who on Thursday released a letter he had written to Immigration Minister Chris Bowen backing the reports, said he was disturbed by the claims, which if accurate would constitute a serious breach of Australia’s international obligations.

He wrote that the men were woken at 4am last Friday and told they would be returned.

He said they did not have the opportunity to discuss the matter properly with case managers beyond a first interview in which, they believed, their fear of return was ignored.

”Some of the men began to cry, others were begging the Serco staff to act and an older man began vomiting,” Mr Power wrote.

”The information given to me suggests that the people involved did raise fears which warranted further investigation. I and many others are concerned about what the consequences will be for the people returned.”

Mr Bowen said: ”We had people who had very clearly come to Australia for economic purposes.

”It is completely appropriate that swift action is taken to return them to Sri Lanka.”

Also on Thursday, about 400 asylum seekers were released from detention in Darwin after being granted bridging visas. They were flown to Sydney on Thursday and will be settled in all the states and territories, with most going to Victoria, New South Wales and Queensland.

An Immigration Department spokesman said the group included people who had been in detention for months, as well as more recent arrivals.

But those who arrived after the government’s tough no-advantage policy for boat arrivals took effect on August 13 would not be allowed to work, the spokesman said. The department warned that people released on bridging visas could still face transfer to Nauru or Manus Island at any time.

Meanwhile, the government expelled another 46 asylum seekers from Sri Lanka, all recent arrivals on several boats.

On Nauru, an asylum seeker slashed his arm and was sent to a clinic for treatment.

Reports from the island claimed 13 people collapsed from the effects of heat and a hunger strike.
theage.