Anandasangaree appeals on behalf of resettled in Vanni 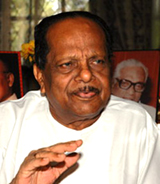