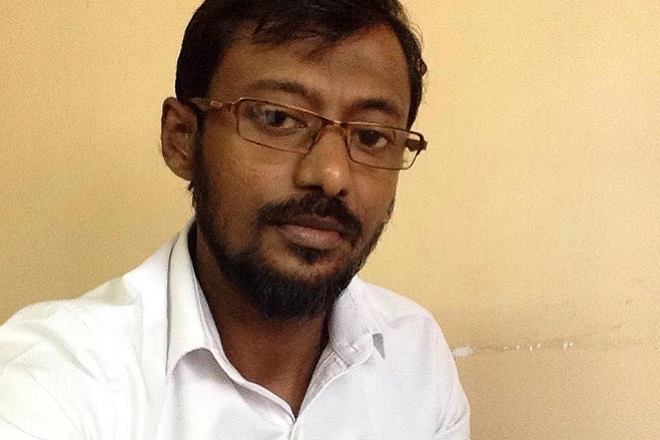 In an open letter the Human Rights Commission of Sri Lanka, the Liberation Movement calls on Government authorities to uphold detained social media activist Ramzy Razeek’s fundamental rights to freedom of speech, expression and publication, guaranteed under Article 14(1)(a) of the Constitution of Sri Lanka, and to release him unconditionally.

Razeek was arrested on April 09  under the ICCPR and been held in detention for more than 60 days despite deteriorating health conditions. Razeek has a history of critiquing Muslim fundamentalism and racism in Sri Lanka. Those who actively disseminate misinformation, incite ethnic and religious hatred and violence, and engage in cyberbullying, predominantly against ethnic and religious minority communities, continue to enjoy impunity and political patronage. Meanwhile, those who critique this violence, are persecuted for their words.

The text of the letter follows:

Note: This open letter is a follow-up to an official Complaint made to the Human Rights Commission of Sri Lanka (HRCSL), with regard to this case.

Ramzy Razeek, a retired government official, was arrested on April 09 for allegedly violating the International Covenant on Civil and Political Rights (ICCPR) and Cyber Crimes Legislation. Razeek has a history of critiquing Muslim fundamentalism and racism in Sri Lanka. The post made on April 02 over which he was arrested, called for a ‘jihad (struggle) of thought’ against all forms of fundamentalisms and racism persecuting the Sri Lankan Muslims as a community. Razeek very specifically states in his post that he is proposing a struggle of ideas and intellect to question and counter the attacks against progressive Muslims from outside, as well within the Muslim community.

Two days later, Razeek posted again to note that he had received countless death threats as a result of his post, and that many had misconstrued his words, calling for him to be jailed for propagating racist ideas. His young children were also fearful of the messages being sent to his inbox, and in order to protect them, he had decided to self-censor. However, he was faulted under the ICCPR for inciting intolerance towards those of different identities and ideas.

He has now been detained for over 60 days without explicit evidence being produced. He has also been deprived of medical treatment, posing a great risk to his already-fragile health condition. Despite orders from the Magistrate to allow him access to medicine, reliable sources state that his health condition is deteriorating due to lack of access to specific medicines of which he is in dire need. A lawyer attempting to visit Razeek this week, was also denied access at the Colombo Remand Prison, citing the COVID-19 virus. Despite the Government allowing the country to return to normalcy, authorities have chosen to unreasonably deny basic rights of prisoners to seek legal advice, particularly in a case which has far-reaching consequences to the life of a detainee.

Razeek is not the first to be persecuted by State authorities under the ICCPR Act. Since April 2019, there has been a spate of arrests of persons under Section 3 of this Act.

This arrest was made under the very legal frameworks – ICCPR and Cyber Crimes Legislation – that are intended to protect people like Razeek, and other citizens to exercise their fundamental rights of freedom of speech and expression. The ICCPR, meant to hold accountable those who incite violence, has since recently, been weaponised by the State against those who critique the State and/or its policies.

The Cyber Crimes Act punishes those who cause a computer to perform any function that will result in danger or imminent danger to ‘national security’, the national economy, or public order. It is unclear how Razeek’s post, critiquing racism and fundamentalism, could possibly be considered an offence in this regard unless it has been intentionally misconstrued – as Razeek suggested – by those who were threatening him with death.

Those who actively disseminate misinformation, incite ethnic and religious hatred and violence, and engage in cyberbullying, predominantly against ethnic and religious minority communities, continue to enjoy impunity and political patronage. Meanwhile, those who critique this violence, are persecuted for their words. Instead of instrumentalizing the Covenant to expand civil and political rights of citizens, the authorities responsible to maintain law and order, are abusing it to purge any dissent against Sinhala-Buddhist extremism rampant in our society. In light of the apology issued by Facebook for their failure to curb hate speech against Sri Lankan Muslims during the anti-Muslim riots in 2018, Sri Lankan law enforcement authorities should revisit their own failures to ensure that cyberspace is a safe place for ethnic and religious minorities.

The HRCSL issued a letter to the Sri Lanka Police in September 2019, regarding the lack of legal clarity and discriminate application of the ICCPR Act, and clarifying the legal scope of the offence, including the level of severity that was required for an arrest. The letter also strongly noted that there are clear legal tests developed to identify when law enforcement ought to act in regard to words and expressions, and how the judiciary can ensure those measures are proportionate and necessary and do not breach fundamental rights, despite the hurt feelings such words might cause.

We, the members of the Liberation Movement, call on Government authorities to uphold Ramzy Razeek’s fundamental rights to freedom of speech, expression and publication, guaranteed under Article 14(1)(a) of the Constitution of Sri Lanka, and call for his unconditional release. Further, we demand the positive implementation of legal frameworks, instead of exploiting them to victimize minorities and silence dissent.