An Individual Arrested for Taking VVIP Photos In Sri Lanka 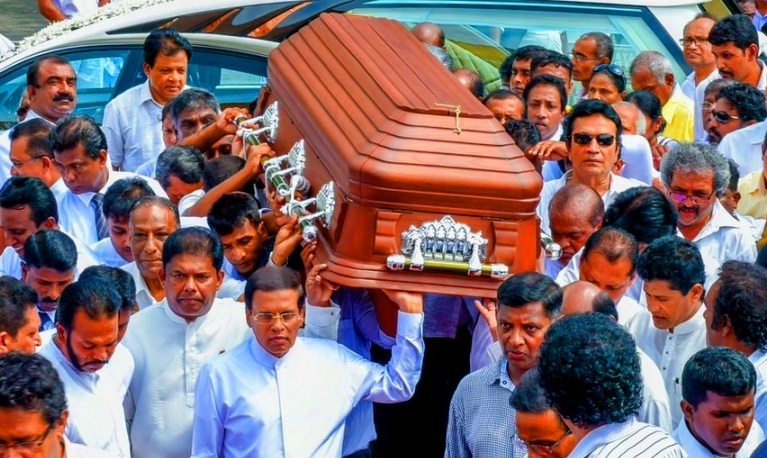 An individual who was taking photographs of VVIP is at the W.D. Amaradeva funeral at the Independence Square  on 4th November has been remanded till 15th November, reports Daily Mirror.

The  President and other VIPs were present  at the state funeral.

According to the prosecution, the suspect  behaved suspiciously taking photographs of the VIPs continuously pretending to be a journalist.

Police officers attached to the President’s Security Division (PSD) had apprehended the suspect at the funeral and handed him over to the Cinnamon Gardens Police, and later the Colombo Crimes Division (CCD) took over the case.

The suspect, Sapumal Devinda Kumara, a resident of Kotahena, was later interrogated under Police custody for three days.

The Police said based on the inquiry conducted so far with assistance of the Terrorism Investigations Division, the CCD had informed court that the Police couldn’t uncover any previous connections of the suspect into terrorist activities.

The prosecution also said that the suspect had been produced before a JMO and conducted a medical test over his mental condition and the report was pending.

The CCD also informed the court further investigations were going on into the phone conversations of the suspect. The inquiry was initiated upon a complaint lodged by the PSD.