Amare, I’m here, come out without any fear – Mahinda Rajapaksa 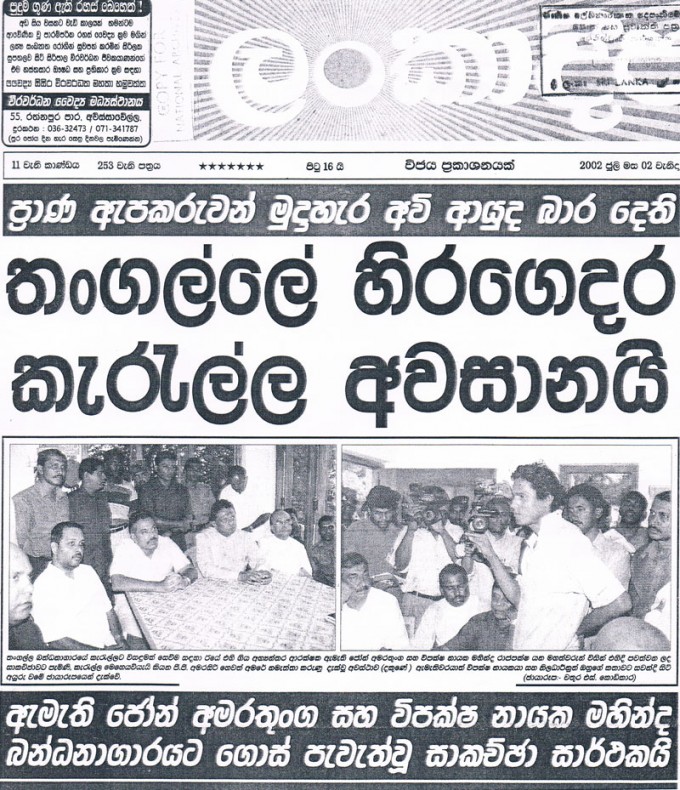 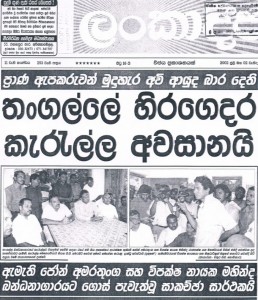 The person called ‘Amare’ here is G.G. Amarasiri alias Joolampitiye Amare, the person who plays the leading role in the Katuwana murders. We have quoted here from headlines of ‘Lankadeepa’ newspaper published on 2nd July, 2002. It is part of a dialogue that took place when then Leader of the Opposition Mahinda Rajapaksa visited Tangalle prison with then Minister John Amaratunga and others to settle a revolt by prisoners that had occurred at Tangalle prison. The prisoners had taken over the prison.

According to ‘Lankadeepa’ the leader of the prisoners who revolted against authorities and took them hostages was G.G. Amarasiri who had been reluctant to come for the discussions. However, when Mr. Mahinda Rajapaksa introduced himself the revolt leader came out for the discussion without any hesitation.

He had said he would not come until he sees the face of Mr. Mahinda Rajapaksa. Only when Mr. Rajapaksa spoke to him he came out of the gate without any hesitation.