Aluthgama anti-Muslim riots:The conduct of Police, STF and even Doctors were questionable 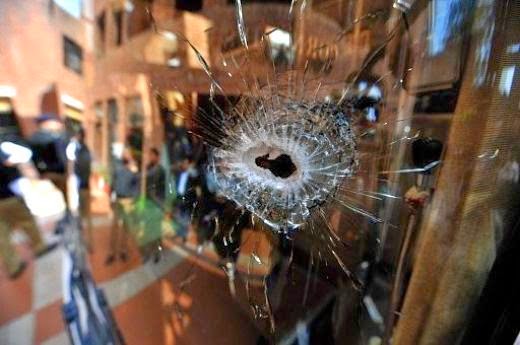 Fact -Finding Mission Report by a Womens Collective to Areas in South Sri Lanka That Were Affected by Anti-Muslim Violence.
On the 15th of June 2014 ethnic riots took place in Aluthgama following a rally organized by the Bodu Bala Sena (BBS), a Buddhist fundamentalist organization. Even though the police and state officials had been informed of the potential of the rally to turn violent, no steps were taken to stop the same, instead a large number of police and Special Task Forces (STF) personnel were deployed in the area.

In the aftermath of the violence that shocked the country, a women’s team visited Aluthgama and met with several survivors with the objective of documenting the events that took place.

State structures like the police, STF and government hospitals seem to be complicit in this attack: 119 numbers were disconnected, ill response of fire extinguish service, hospitals refused to treat patients, the police/STF refused to take action during the riot.

Although the government denies involvement, people on the ground feel otherwise. The conduct of the police, STF and even government hospital doctors during the initial stages of the riots fortifies their belief.
No one has been brought before court for shooting, physical and arson attacks, leave alone provoking the riot.
There is heavy military presence like in the north and many Muslim men are afraid to go out thinking that they may get attacked again. Women and children are mainly restricted to their places of refuge and don’t want to go back.
Businesses have reopened but there is apprehension in regard to what may happen next.
Most children studied in Sinhala schools and are afraid to return to these schools.
During the riot and after no measures were taken to help the community that was trapped in the mosque due to the curfew. Many survivors stated that there was no food even for pregnant women, children and breast feeding mothers. No basic necessities were provided for by the government.
Recommendations:
Psychosocial Support: Several people from the community suffer from severe trauma, especially women and children. Several survivors told the team that they could still hear the gun shots. So far no psychosocial and mental health support has been provided.
Legal Support: The community requested for additional legal support and stated that to date only Muslim lawyers had come forward and that no support had been provided by lawyers from other communities. Many stated that they have evidence including video evidence that can be used if legal action is taken.
Accountability: Law enforcement authorities should arrest and charge those who instigated and perpetrated violence forthwith in terms of the law and ensure fair trial through which justice could be meted out. A comprehensive and open inquiry by an independent commission that will look into reparation and justice. It should also identify and address the causes that led to the breakdown of law and order and the lapses in not being able to prevent violence and escalation to ensure non repetition.
Reconciliation: Sinhalese and Muslims have been living together in this area for over centuries; however many Muslims now feel that they can no longer continue to live there. The Muslims are mostly Sinhala speakers in these areas. There is a breakdown of trust within the community and there is an urgent need to take active steps toward reconciliation in a hope to restore the community’s faith in each other.
Share
Facebook
Twitter
WhatsApp
Pinterest
Email