Almost always, the major community, at least initially, refuses to share state power; there are no benevolent majorities 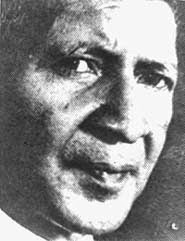 S.J.V. Chelvanayakam Memorial Oration -”The National Question: All about State Power”
Dr Jayampathy Wickramaratne -President’s Counsel
I am thankful to the S.J.V. Chelvanayakam Commemoration Committee for inviting me to deliver this memorial oration on the occasion of the 37th death anniversary of S.J.V. Chelvanayakam, Q.C., a revered leader of the Sri Lankan Tamils. I am told that I am only the second Sinhalese, after Comrade Bernard Soysa whose birth centenary we celebrated last month, to be invited to speak at a Chelvanayakam memorial event. While I am happy to follow Comrade Bernard, I am sad that it is indicative of the divide between the two communities, a divide that we must endeavour to bridge.
State power- at the core of ethno-political conflicts
Where several communities, defined by ethnicity, language or religion live in one state, questions invariably arise regarding the rights of the various communities, their representation in bodies of government and their share of state power.
In states where numerically smaller communities live dispersed, the demand is for equality. Such communities demand representation in the legislature and the executive proportionate to their strengths. They also demand constitutional guarantees of equality and non-discrimination. They demand their due share in employment. Issues such as economic opportunities, lack of educational facilities and university admissions also arise. The right to safeguard and promote their culture and to use their language when communicating with the government is also demanded. Some smaller communities resent being described as a ‘minority’ claiming that they are a ‘people’ or a ‘nation’. In some languages the word ‘minority’ conveys a derogatory meaning.
The problem assumes a completely different complexion when such a community lives geographically concentrated. Such communities are not satisfied with guarantees of equality only and demand the right to manage their own affairs at the local level. When living together, a community also wishes to express its cultural identity in political form and thus the demand for a share of state power in the form of autonomy. It is the ‘being together’ that changes the character of the demand. The demand for regional autonomy arises wherever a geographically concentrated community exists. This demand is not always associated with grievances. In fact, the presence or absence of grievances is irrelevant. The demand simply arises out of cultural identity. Of course, the demand is further strengthened when there are grievances.
This ‘group effect’ which most majoritarians fail to comprehend is well explained by Töpperwien: ‘More often than not, smaller groups want to be recognized as equally state constituting parts of the population and not as minorities. They do not aim at individual or formal equality but demand an attributive and distributive differentiating understanding of equality. In different words they do not demand equal rights but the right to be equal as groups.’
The challenge facing multi-cultural societies is how to accommodate the interests and demands of the various groups. What needs to be emphasized is that whether the numerically smaller communities are dispersed or concentrated, ethno-political conflicts are essentially about state power. This is something that most majoritarians fail to understand or simply refuse to accept. It is only by sharing state power that such conflicts could be resolved. A Sinhala professional with vast experience asked at a seminar: ‘What problems do the Tamils have? They travel with us in the same bus and we share the same tea pot.’ My response was: ‘That is exactly the problem. You are prepared to share the tea pot but not state power.’ There was no counter-response.

Many majorities, some quite early and others belatedly, have come to realize that political accommodation and sharing of state power is the only way to prevent the state from disintegrating. Spain, Belgium and the United Kingdom, which were all unitary, underwent restructuring. In the United Kingdom, powers have been devolved within a unitary state but it is anything but unitary in practice. Baroness Hale, a judge of the Supreme Court, stated: ‘The important point is that, as long as they keep within the express limits of their powers, the devolved Parliaments are to be respected as democratically elected legislatures and are not to be treated like ordinary public authorities. The United Kingdom has indeed become a federal state with a Constitution regulating the relationships between the federal centre and the component parts.’
This, of course, is not to say that Spain, Belgium and the United Kingdom have solved their ethno-political issues completely. Fresh issues continue to surface and need to be managed. Separatist demands still persist in Catalonia, Flanders and Scotland, which are ‘paradigmatic examples of stateless nations: they are well-defined territories with unique historical, cultural, economic, and political identities, and they have maintained their unique identities despite being incorporated for long periods of time within larger states.’iii If secession is successful in any of these cases, it would not be ‘because of’ devolution or federalism but ‘despite’ devolution or federalism. Events in Spain show the need to re-negotiate the arrangements for devolution. In Belgium, secessionist demands are from the advantaged community, the Dutch-speakers. Historical reasons too sometimes play a part. Even an offer of the right to secede could not entice Eritrea to stay with Ethiopia.
If there is an example of refusal to accommodate that should not be followed, that is of Serb majoritarianism. Dayan Jayatilleke states: ‘In trying to dominate multiethnic, multi-religious Yugoslavia, the Serbs lost the non-Serbian parts of their country (including Kosovo in which they had sacred spaces) and were contained in the part where they did have a historic majority.’iv He recalls ‘the grimly cautionary note often struck (…) by Hector Abhayavardhana, one of Sri Lanka’s most penetrating minds, who said that “the Sinhalese are the Serbs of South Asia”.’
Sri Lanka: Lessons in state power
In the early 20th century, the demand of the Tamils was for power sharing at the national level. While the country (then Ceylon) was still a British colony, Tamils demanded a system that guaranteed their representation in the Legislative Council according to a pre-determined ratio. In 1910, the Jaffna Association demanded that the ratio of 2:1 between Sinhalese and Tamils in the nominated Legislative Council be maintained.vi In 1921, the newly formed Tamil Mahajana Sabha demanded a ratio of 3:2.vii The demand for balanced representation, one-half of the seats for the majority Sinhalese and the other half for the other communities, ‘50-50’ as the demand came to be known, came about in the second half of the 1930’s.viii This, of course, was against the ‘one-person, one-vote’ principle.
It was not the Tamils but S.W.R.D. Bandaranaike, who was later to form the pro-Sinhala Sri Lanka Freedom Party (SLFP) and become Prime Minister, who first proposed a federal constitution for Sri Lanka. He did so in six articles he wrote for the Ceylon Morning Leader and in a public lecture in Jaffna, all in 1926. When the Donoughmore Commission visited the country, it was the Kandyan Sinhalese who proposed a federal arrangement, claiming that they were a separate ‘nation’.
Under the ‘Donoughmore’ Constitution communal representation was abolished. Franchise was granted to all men and women over 21 years. The Board of Ministers consisted of the three officials and seven Ceylonese Ministers who were the elected chairpersons of the respective executive committees. In the State Council elected at the 1931 elections, the Board of Ministers had a Muslim and an Indian Tamil, the Tamils of the North having boycotted the elections. After the 1936 elections which the Tamils contested, the Sinhalese majority in the State Council (apart from a few including N.M. Perera and Philip Gunawardena of the leftist Lanka Sama Samaja Party (LSSP)) manipulated the election of executive committees to ensure that all seven chairs went to the Sinhalese. This was probably the first lesson for Tamils as to who would hold state power once the country becomes independent. The experience resulted in Tamils moving towards the demand for guaranteed representation.

The first political party in the country to propose that Tamils be recognized as a distinct nation with the right to self-determination, including the right to form an independent state, was not a Tamil party but the Communist Party of Ceylon. The memorandum submitted in October 1944 on behalf of the Party to the Ceylon National Congress, of which it was a constituent, made reference to a ‘federal constitution’ in its title but details of the proposed federal structure were not set out.

Constitution-making is much more difficult that making proposals. While a brand new constitution would be the ideal, comprehensive constitutional reform similar to that attempted in the period 1994-2000 may be difficult in the present circumstances.
Reform is needed not only in relation to achieving ethnic peace. Issues such as the supremacy of the constitution, a modern bill of rights, electoral reform, independence of the judiciary, re-establishing the rule of law, national consensus on appointments to high posts and independent institutions need to be addressed. As comprehensive reform would have a greater chance of success in a more democratic political environment, the first step in the reform process should be the creation of such democratic space by the abolition of the executive presidency. This should be coupled with the re-introduction of the Seventeenth Amendment with suitable modifications. The space thus created will facilitate serious discussion on comprehensive reform. Further reform could be comprehensive or incremental, depending on the new political dynamics
Courtesy – LankaeNews
Share
Facebook
Twitter
WhatsApp
Pinterest
Email