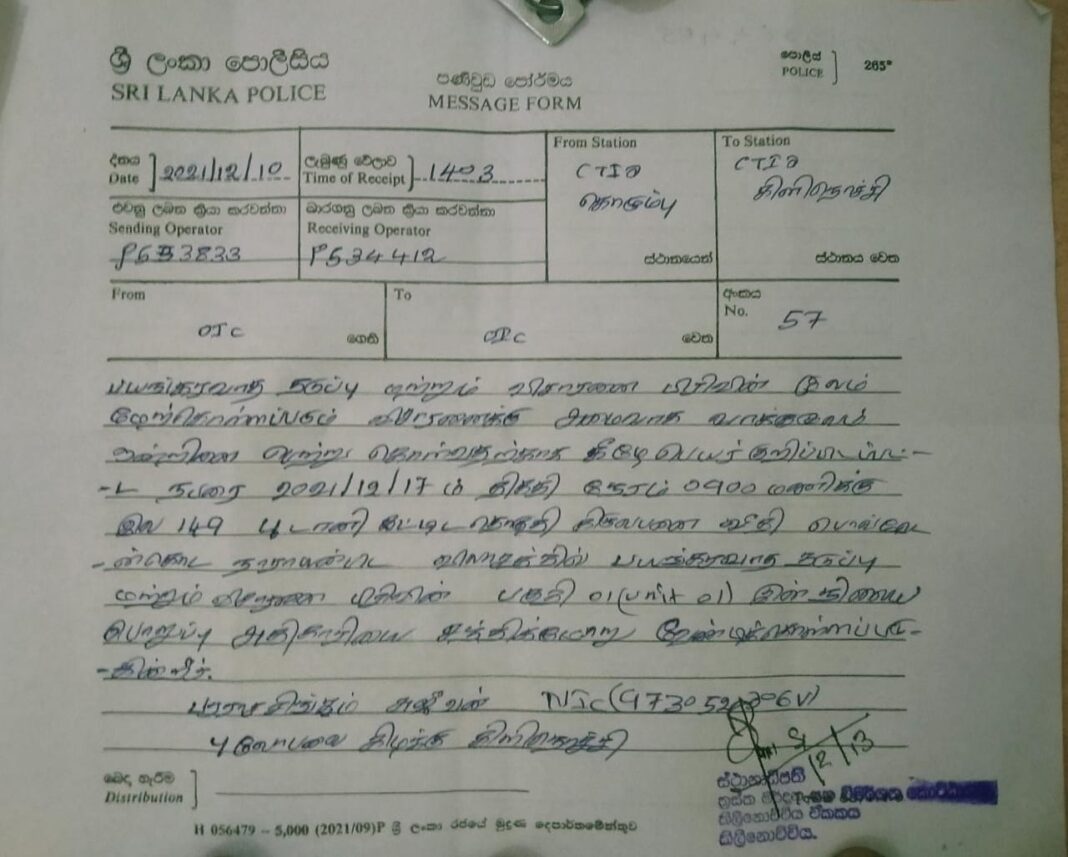 The latest TID summons stated P. Sujeeban was required for an ongoing investigation, ordering the journalist to appear in Kilinochchi on December 17.

In a letter written in June, P. Sujeeban wrote, “I have been working as a journalist in Kilinochchi for the last four and a half years […] as a result of my reporting and posting on Facebook […] the general secretary of Sinhala Ravaya is targeting me and accusing me of inciting terrorism.”

On two occasions, “he called for my arrest under the Prevention of Terrorism Act,” adding, “I now live in a constant state of fear and depression.”

Since June, TID officers have been interrogating Kilinochchi journalists for information on Sujeeban. On July 5, he was summoned for a two-hour investigation for ‘inciting terrorism’ on Facebook.

They repeatedly asked for information of my family members, “What are they doing? Were my brothers in the LTTE [Liberation Tigers of Tamil Eelam]?” said Parthiban.

After weeks of investigation and harassment, Sujeeban penned another letter pleading with the Sri Lankan state, “allow me to lead a normal life because I have not been able to live freely in this country.”