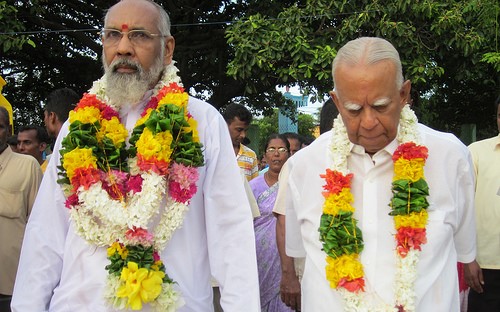 The crisis that threatened to dialogue justice Wigneswarn, Chief Minster of the Northern Provincial Council (NCP)  from his post has been averted by an agreement reached between him and TNA leader Sampanthan. CM Wigneswaran has agreed not insist that  two provincial council ministers, who are under the investigation for corruption should take leave. At the same time as R, Sampanthan has undertaken to advise them that they should not impede an independent legal inquiry.

CM Wigneswaran was faced with imminent no confidence motion and a possible defeat by the  Illankai Tamil Arasu Kachchi (ITAK) members of the provincial council. ITKA is the largest party in the Tamil National Alliance. Such a eventuality would have pushed  NPC as well as Northern politics in to a turmoil.

It was at that junction ITAL leader R.Sampanthan proposed  a compromised solution.

Yours of even date in reply to mine of 17.06.2017 to hand. Thanks. I am also in receipt of a note given by Bishop Justin Bernard Gnanapragasam and Srila Sri Somasundra Thesika Gnana Sambanda Paramachchariyar Swamy this morning. Let me first explain a few matters in your letter.

There was no punitive action taken against the two Ministers concerned. They are entitled to draw their salary and use their vehicles etc. It is in order to give protection to the Witnesses that it was said that they should take leave while the Inquiring Committee sat. There are new charges too against them.

I understand your inability to give guarantees with regard to the conduct of the two Ministers. But I am glad you have undertaken to advise them that they should not impede an independent legal inquiry.

It is to ensure the independent legal inquiry and to commit the two Ministers that I designed the formula of taking leave for one month.

You are a Senior Member of the ITAK. You are the leader of the TNA. You have undertaken to advise the two Ministers not to impede an independent legal inquiry.

The two Religious Dignitaries have insisted that the two Ministers must co-operate by not interfering with the course of justice.

Added to these Hon’ Selvam Adaikalanathan, Hon’ Dharmalingam Sidharthan and Hon. Suresh Premachandran have also undertaken last night in the best interests of the Tamils to speak to the Hon’ Ministers, to make sure they will not interfere with the course of justice nor interfere with nor threaten witnesses nor tamper with evidence etc. In the light of these undertakings, I will not insist on the conditions relating to leave. 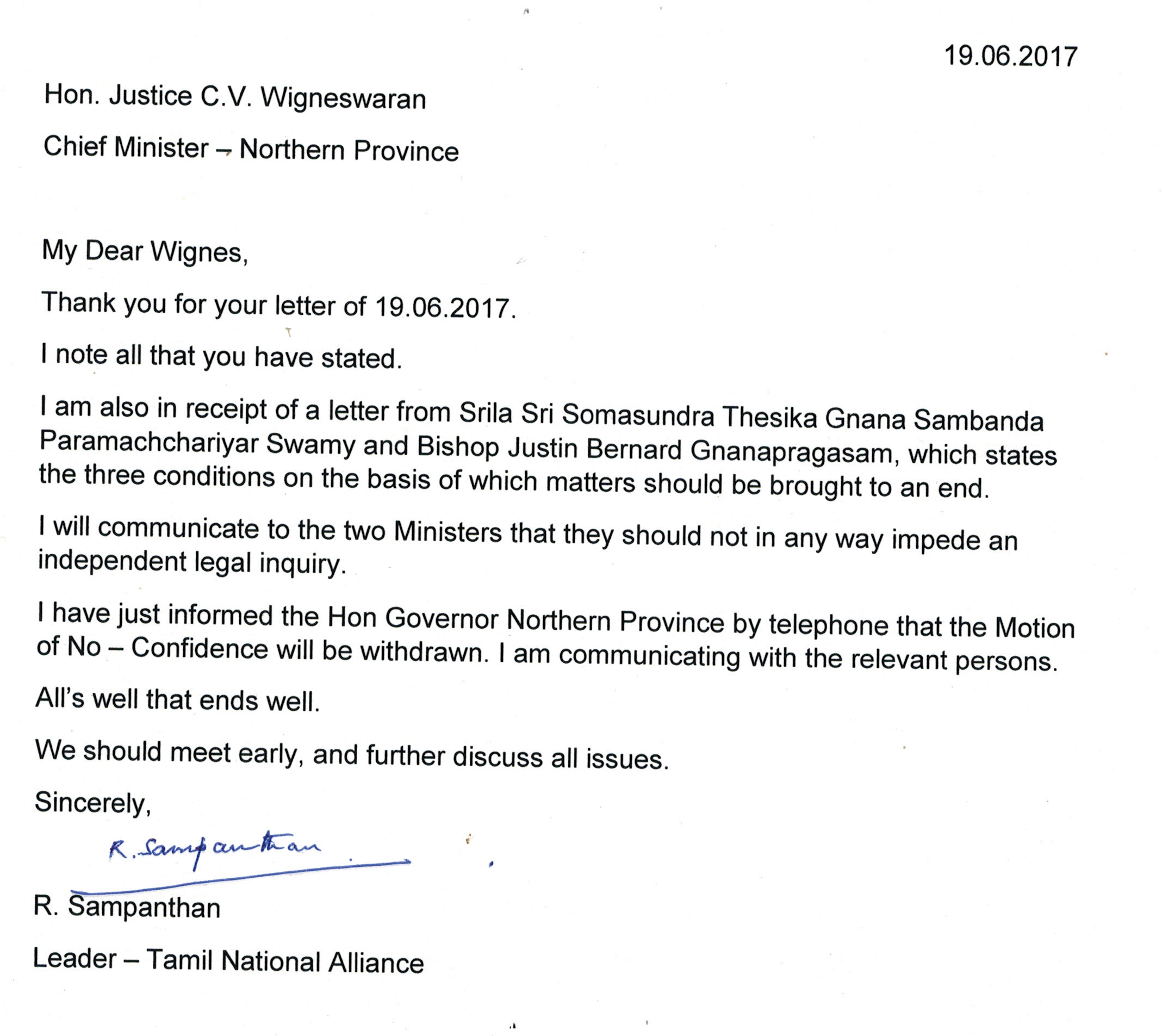