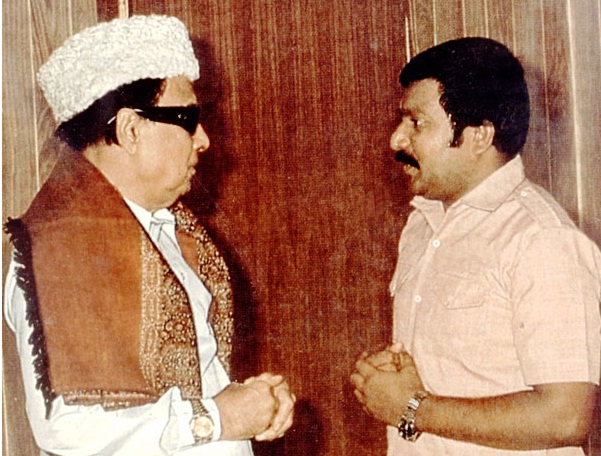 (In his letter, the LTTE leader accuses the IPKF of committing atrocities against Tamils)

MDMK general secretary Vaiko has released a letter written by LTTE leader V. Prabhakaran to DMK leader M. Karunanidhi in 1989 in which he had asked the latter to bring to the attention of opposition parties the “atrocities” committed by the Indian Peace Keeping Force (IPKF).

“Prabhakaran gave the letter when I met him in the jungles of Sri Lanka. A few months after I handed over the letter, Kalaignar (Karunanidhi) said he had destroyed it. But I kept a copy of the letter for 28 years and have released it now because the world should know its contents,” Mr Vaiko told The Hindu on Friday.

The hand-written letter calls Mr. Karunanidhi as “ Anna (elder brother)” and tells him that while the Tamil leaders in Sri Lankan Parliament had “left the Tamils in lurch for their own benefits, Mr. Vaiko, risking his life, had met us and our comrades.”

Prabhakaran adds that “His (Vaiko’s) love for Tamils and his courage make us feel that we can die a thousand times for the cause of our people and language. We have respect for your party of selfless cadres.” “It is his love for our people, that has made him to undertake the adventure,” he says in the letter dated February 22, 1989.

The LTTE leader, who closely identified himself with late Chief Minister M.G. Ramachandran, felt that the new DMK government would rejuvenate the Tamils. “As far as we are concerned, we have taken up arms to fulfil our goal. We will either win or happily die for the cause. Our country is turning into a graveyard because of the presence of the IPKF. Time has come for you to bring it to the notice of the Opposition in India and people of Tamil Nadu. We hope you will inform the people of Tamil Nadu the betrayal of the IPKF and the attack unleashed on us. The IPKF is preparing itself for a massive attack,” he alleged.

“I am sending Gopalasamy (as Vaiko was known then) Annan to Tamil Nadu because of the dangerous situation,” he says.

‘Kalaignar said he had destroyed it. But I kept a copy to tell the world what had happened’