After 20A: A Sinhala-Buddhist Eelam – Dr. Dayan Jayatilleka 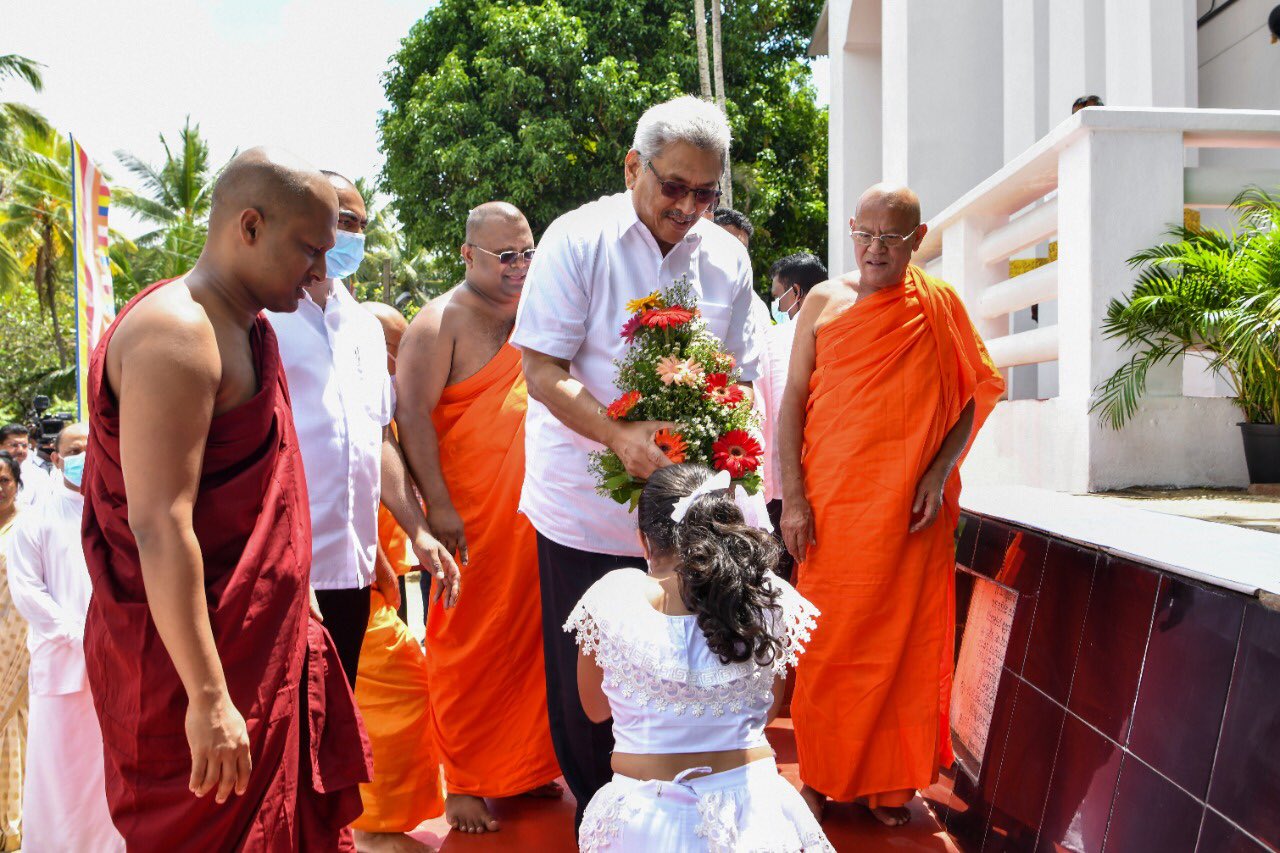 The Gotabaya Presidency is nothing like any previous Presidency including that of JR Jayewardene. All previous Presidencies since 1978, and indeed all Sri Lankan leaders since 1948, practiced the politics of balance, negotiation and consensus. President Gotabaya Rajapaksa was also about to, but let himself be prevailed upon to disregard consensus-building in favour of unipolar unilateralism.

Most Sinhalese want a strong Presidency capable of swift decision-making on matters of defence, national security and sovereignty. Some want a dictatorship, while most want a democracy. We need a Presidency as in the USA, France, Mexico, South Korea, Indonesia, etc. That’s not what 20A creates. It creates a Darth Vader presidency.

The 20th Amendment changes the set of interrelationships between the ruler and the State structures and institutions, overriding all autonomy and separation of spheres of influence, completely altering the balance within the State, and thereby, the very character of the State system itself.

The dictatorial State that the 20th Amendment is the doorway to, will not be the nationalist paragon of sovereignty and independence that it postures as. It will be a dependent dictatorship; a client despotism, economically, politically, strategically and psychologically dependent upon a rising metropolitan centre with a political system that is alien to or has been superseded in South Asia.

The Chinese political model works very well for China, and China’s stability and success are good for the rest of us as a counterweight, but the Sri Lankan regime is gravely erring by adopting and adapting the closed, centralised Chinese political mode. The domestic permeation of its political-ideological influence, as distinct from its positive economic, diplomatic and strategic balancing value, is negative; a retrogression in a democratic South Asia.

The 20th Amendment transforms the equation between the ruler, the swathe of intermediary institutions and the citizenry into a one-way street, and a relationship of dominance/serfdom. With 20A and State militarisation as parents, the only thing that can be born from the womb of this distorted structural matrix, this grotesque genetic modification of the State system, is a Frankenstein’s monster.

The story began on the other side of the island. The cult of a strongman who embodies the ‘Will of the Nation’; the fetishism of the heroic military; the ubiquity of uniforms and guns; the shadowy omnipresence of intelligence agencies; the military drilling civilian recruits; aggressive nationalism and sacralisation of one’s ethnonational community; the argument that the cohesion and unity of the nation requires and justifies dictatorship; the exaltation of imposed discipline and militarisation of all sectors; the applause of the very rich and the elite professionals; the contemptuous dismissal of human rights and civil liberties; the doctrine that absolutely anything goes in the cause of your nation; the abandonment of right and wrong, good and bad; the rejection of universality, moderation, prudence and wisdom—these defined the ethos of Tamil society in the north-east and the diaspora, during the reign of Prabhakaran and his Tigers.

Now, the south, Sinhala society, is going through its parabolic Prabhakaran/Tamil Eelam moment – Sinhalised of course, and processed through an electoral portal.

It’s Prabhakaran’s posthumous revenge. The protracted close encounter with him has sickened our conscience, possessed our souls. His totalitarian Tamil Eelam has infiltrated the unconscious of some who fought him, and is imprinted, mirrored in their mentalities. We are becoming the evil enemy we hated, defeated. We are building a Sinhala-Buddhist Eelam.

The new Constitution will construct a State that imprisons an island.

Power is a drive. Rulership, unconstrained, is inherently self-expansionist. A tight, closed, unbalanced ‘Pharaonic’ political system is a system with zero-equilibrium, a system in permanent disequilibrium; unsafe, unstable, unsustainable. Unbound executive power without ‘cruise control’, is the nuclear reactor at its heart. It is intrinsically self-destructive: a constitutional Chernobyl.