Activists stopped while on their way to North 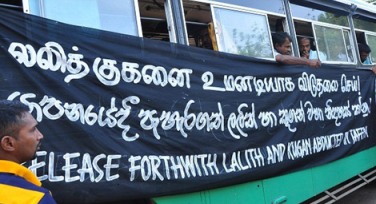 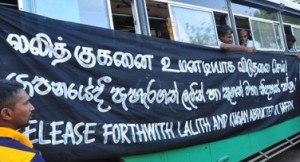 Police have stopped a group of activists on its way to the north to campaign against disappearances and abductions.
At the Medavachchiya police checkpoint, buses transporting them were stopped, with a top police officer telling them that they could not proceed further as the Sangupiddi Bridge has collapsed.

Activists of the organizations against disappearances and abductions had questioned as to why only they had been stopped and how vehicles were returning from the north from the same route.

After about half an hour, they had been allowed to proceed to the north.

Representatives of 17 organizations are participating in the campaign.