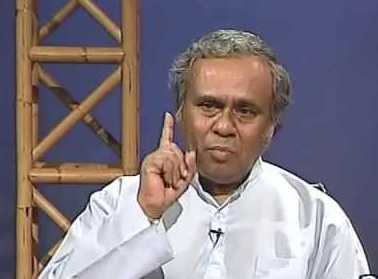 Nalin de Silva
Divineguma bill should have opened the eyes of not only the government MPs but also of the others. The Supreme Court has decided that the Provincial Councils should approve the Bill before it is presented to Parliament. Some may argue that power would be concentrated in the hands of one individual if the bill becomes law. However, if there had been no Thirteenth Amendment, the Bill would not have been inconsistent with the Constitution.

The Divineguma Bill, even if it seeks to vest a single individual with more powers, it is not an arbitrary person who would use the powers but a cabinet minister under whose purview the particular Department or the Ministry would have been established.
With a change of government, if not before that under a cabinet reshuffle a different individual would be in charge of the Divineguma project and it is clear that as long as the Thirteenth Amendment is there it poses a threat to Parliamentary democracy which has been there for more than sixty years in the country. It may be that we do not have the ideal parliamentary democracy in this country, but then which country has such an ideal system?

The Thirteenth Amendment as we all know was imposed on us by India in a very unparliamentarily way. The government MPs were transported to the Parliament in buses from a hotel in Colombo and the SLFP and several other parties opposed it. The then Indian Prime Minister Rajiv Gandhi himself was involved in that process with Dixit riding roughshod over the elected President and the Parliament of this country. If not for India that trained the terrorists and supported them, there would not have been a Thirteenth Amendment. India and England together with other countries acted in unison to undermine the powers of Sri Lankan Parliament. It was nothing but diplomatic terrorism of Dixit. The bomb he used was the Thirteenth Amendment.

There should be no place for the Thirteenth Amendment in the country’s basis law, as it was enacted to solve a problem that was created by the English. We were told that there was an ethnic problem that had to be solved peacefully through negotiations, and India guided by Tamil Nadu joined the West in opposing any operations by the Sri Lankan Armed Forces to eradicate the scourge of terrorism. Various peace organisations were founded with western money and they echoed the views of their masters and mistresses. The peace bandwagon propagated the myth that the LTTE could not be defeated and that Prabhakaran was on par with some of the well known westerners.

The west, India and their paid servants in the peace brigade wanted to base their solution to the so-called ethnic problem on the Thirteenth Amendment and tried to sabotage operations by Armed Forces against the terrorists using even bankrupt ideas such as the Buddhists should not engage in war.

It is heartening to note that the new Chief Minister of the Eastern Province has said that Thirteenth Amendment serves no purpose and the Provincial Councils are white elephants or words to that effect. Keeping that amendment is not different from keeping the Katunayaka and Trincomalee bases after the “independence”. As long as those bases were kept under the English there was no independence of any sort, and the Thirteenth Amendment imposed on us by India with the connivance of the West using terrorist methods only restricts our independence as seen by the fate that befell the Divineguma Bill.

It is clear that with the current constitution of the Provincial Councils it would be not difficult for the President to get the Provincial Councils and the Governor of the Northern Province to approve that Bill. However, it should not be done as it would give legitimacy to the unwanted Thirteenth Amendment and undermine the powers of Parliament, which should be the only legislature in the country.

The Supreme Court has given a ruling interpreting the existing law and it is up to the legislature to change the Constitution. There is no point in discussing Thirteen Plus or even Thirteen Minus as it is clear that even the people in the Northern and the Eastern Provinces are not benefited by the thirteenth amendment.

Divineguma would have been for the entire country including those two provinces and because of the Thirteenth Amendment the people in the Eastern and the Northern Provinces have been denied what they should have obtained as developmental measures. It is time for the members of the UPFA to get rid of this obnoxious piece of legislation imposed on us by India with the connivance of the western countries.
SLG